Press Secretary Sean Spicer outlined the president’s foreign policy during the briefing Monday after a report surfaced that the White House communications director told aides there was no coherent foreign policy. 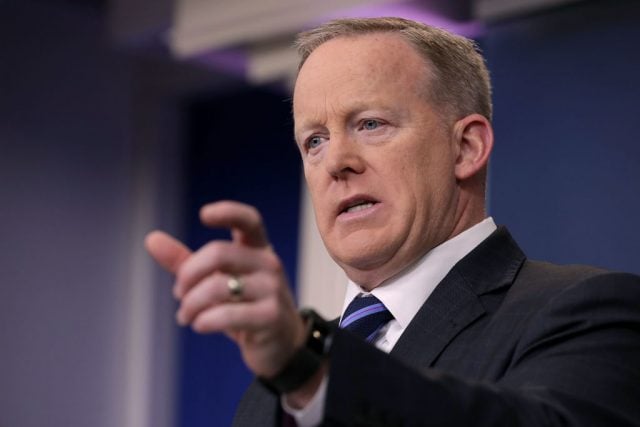 Spicer said it was clear the Trump doctrine is “America First.”

“The Trump doctrine is something that he articulated throughout the campaign, which is that America’s first,” Spicer said. “We are going to make sure that our national interests our protected, that we do what we can to make sure our interests both economically and national security are at the forefront.”

“We aren’t going to just become the world’s policemen running around the world,” he continued. “We have to have a clear and defined interest wherever we act, and it’s our national security first and foremost that has to deal with how we act.”

Spicer said the growth or spread of chemical weapons is “a clear danger to our country and to our people.”