According to a statement released by the Department of Health and Human Services, Murthy was “relieved of his duties” after he “assisted in a smooth transition into the new Trump Administration.”

“Dr. Murthy has been relieved of his duties as Surgeon General and will continue to serve as a member of the Commissioned Corps,” the statement read. “Secretary Price thanks him for his dedicated service to the nation.”

The statement notes that Murthy will be replaced for the time being by his deputy, Rear Adm. Sylvia Trent-Adams, who is now one of the first nurses to serve as surgeon general. 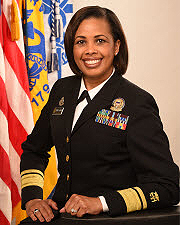 “As my colleague Rear Admiral Sylvia Trent-Adams takes over as Acting Surgeon General, know that our nation is in capable and compassionate hands,” Murthy wrote. “Thank you, America, for the privilege of a lifetime. I have been truly humbled and honored to serve as your Surgeon General. I look forward to working alongside you in new ways in the years to come. Our journey for a stronger, healthier America continues.”