Here’s A List Of Some Of The Most Unusual Animals, Reptiles Available At A Typical Wuhan Wet Market
Kaitlan Collins White House Correspondent
May 03, 2017 4:13 PM ET
Font Size:

Donald Trump committed himself to brokering peace in the Middle East as he hosted the president of Palestinian Authority at the White House Wednesday. It’s a deal he thinks might be easier to pull off than most people think.

In his first face-to-face meeting with Mahmoud Abbas, the president said it has proven to be a very difficult situation between Israel and the Palestinians, calling it “the toughest deal.” However, he promised to do “whatever is necessary” to bring them together and firmly believes it’s a deal he can pull off. 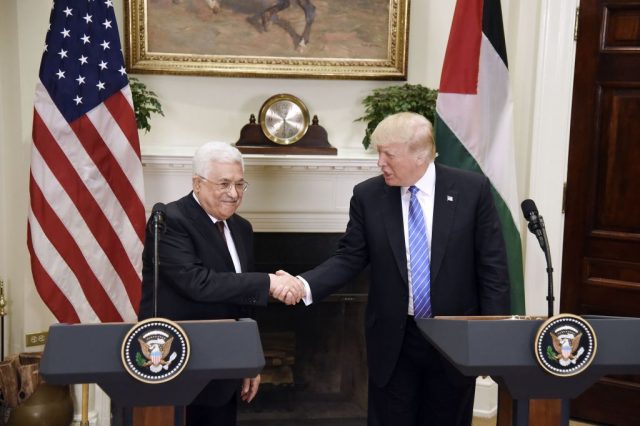 “Over the course of my lifetime, I’ve always heard perhaps the toughest deal to make is between the Israelis and Palestinians,” Trump said. “Let’s see if we can prove them wrong, okay?”

“Let’s see if we can find the solution. It’s something that I think is, frankly, maybe not as difficult as people have thought over the years. We need two willing parties. We believe Israel is willing. We believe you’re willing. And if you are willing, we are going to make a deal.”

Trump said any agreement cannot be imposed by the United States, “or by any other nation,” but said he hopes to create peace between Israel and the Palestinians. 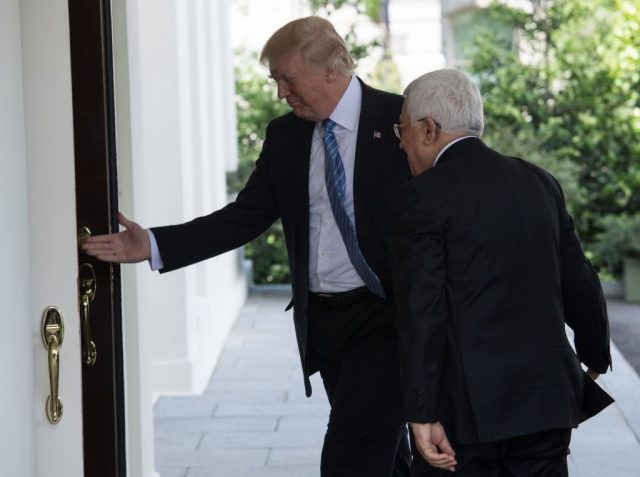 Trump — who promised during the campaign to move the U.S. Embassy from Tel Aviv to Jerusalem — also noted that Abbas was at the White House in 1993 for the signing of the Oslo Accords.

“Mr. President, you signed your name to the first Israeli-Palestinian peace agreement,” he said. “You remember that well, right? And I want to support you in being the Palestinian leader who signs his name to the final and most important peace agreement that brings safety, stability, and prosperity to both peoples and to the region.”

“I look forward to welcoming him back as a ‘grademark’ of progress and, ultimately, for the signing of document with the Israelis towards peace.”