Dad signs executive orders, daughter tells daddy he should bomb Syria, one son campaigns and raises money for Republicans, the other is a surrogate, one son-in-law visits Iraq, and one daughter-in-law is already working on the 2020 campaign.

You name it and the Trump family is doing it.

Donald Trump has always been one to encourage family involvement in business. He took over his father’s real estate business at a young age and later wrote in “The Art of The Deal” that “there is nothing to compare with family if they happen to be competent, because you can trust family in a way you can never trust anyone else.”

This mantra has continued in his tenure as president as he has entrusted his daughter Ivanka Trump and her husband Jared Kushner to be top aides in The White House, despite neither of them possessing government, political, or military experience. Kushner, specifically, has had a key role in the Trump administration as he has served as a liaison to several foreign nations and has been tasked to lead a White House office that aims to innovate government functions. 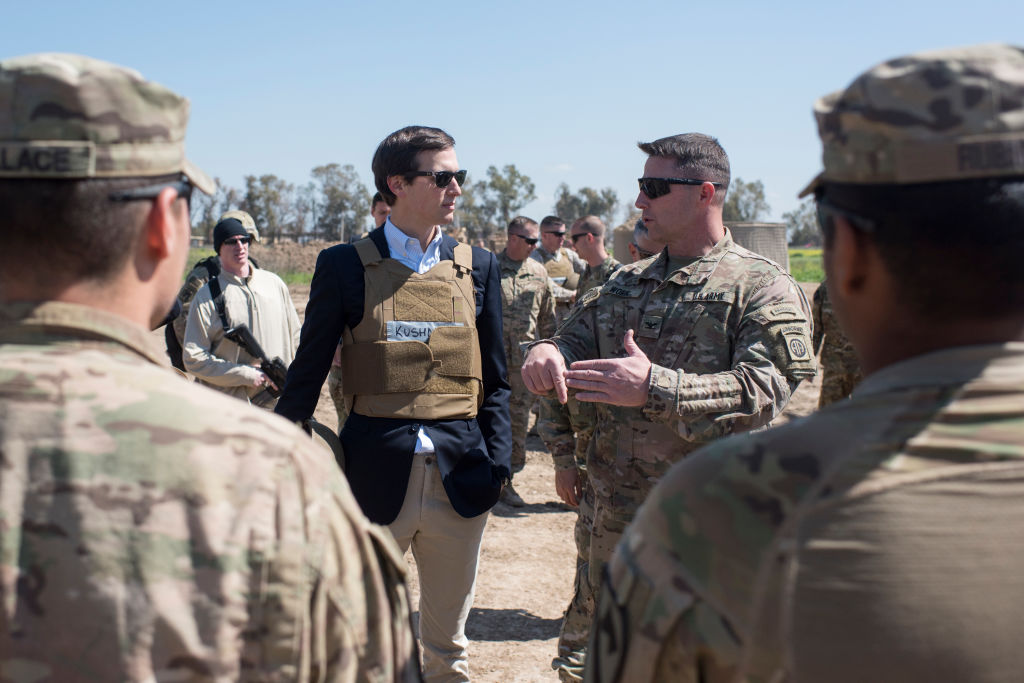 QAYYARAH WEST, IRAQ – APRIL 04: In this handout provided by the Department of Defense (DoD), Jared Kushner, Senior Advisor to President Donald J. Trump, meets with service members at a forward operating base near Qayyarah West in Iraq, April 4, 2017. (Photo by Dominique A. Pineiro/DoD via Getty Images) 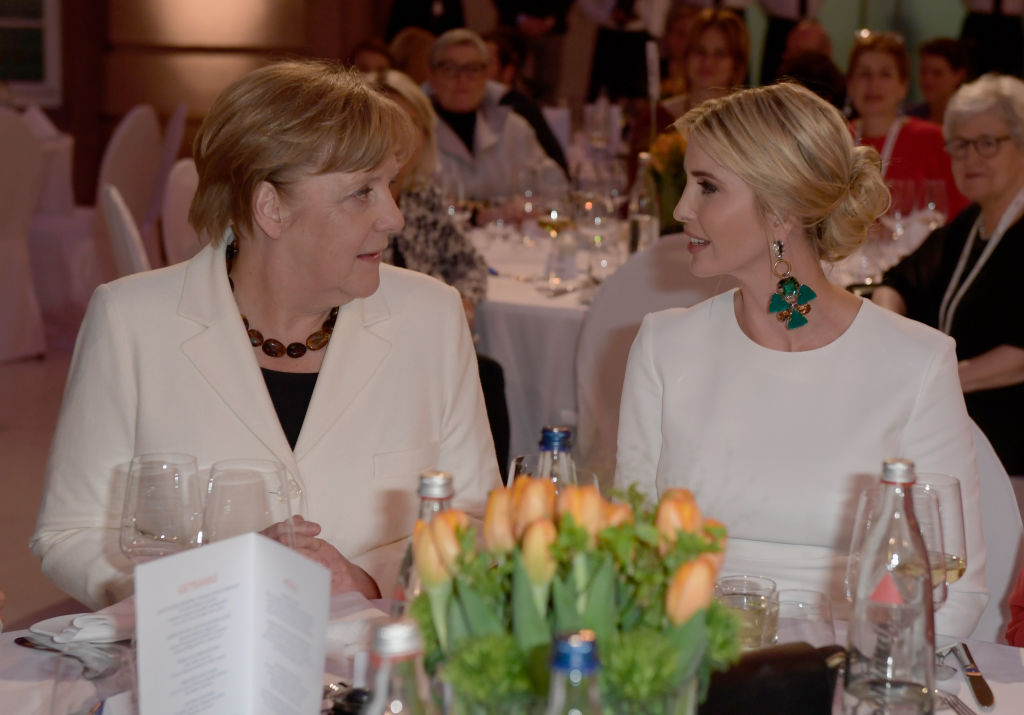 Ivanka on the other hand has served as a consigliere. Two sources with knowledge of the dynamic between the president and his daughter have described her to The Daily Caller as someone who has the president’s ear and is a calming presence to the notorious homebody in the Oval Office. Like her husband Jared she has branched out into foreign policy and recently attended a women’s summit in Germany. (RELATED: Ivanka Trump: Letting Syrian Refugees Into The U.S. Should Be ‘Part of The Discussion’)

Her brother Eric told The Telegraph shortly after the airstrike on a Syrian airfield that Ivanka’s concern over photographs of dead children influenced the president to act. Eric does not have a White House role like his older sister, however, he uses forums like The Telegraph interview to advocate for his father’s presidency.

He defended his father’s frequent golfing to an Irish newspaper by describing it as an “effective tool” for White House business and told reporters President Trump has to have a “massive backbone” to stand up to North Korean leader Kim Jong Un. Eric’s wife Lara has also acted as a surrogate and her appearance Thursday night on Fox News’ “Hannity” was quoted in a Trump re-election campaign press release.

The Trump daughter-in-law announced last month that she is “working with the 2020 Trump campaign day-to-day operations.” She has also released her own line of pastel “Make America Great Again” hats. 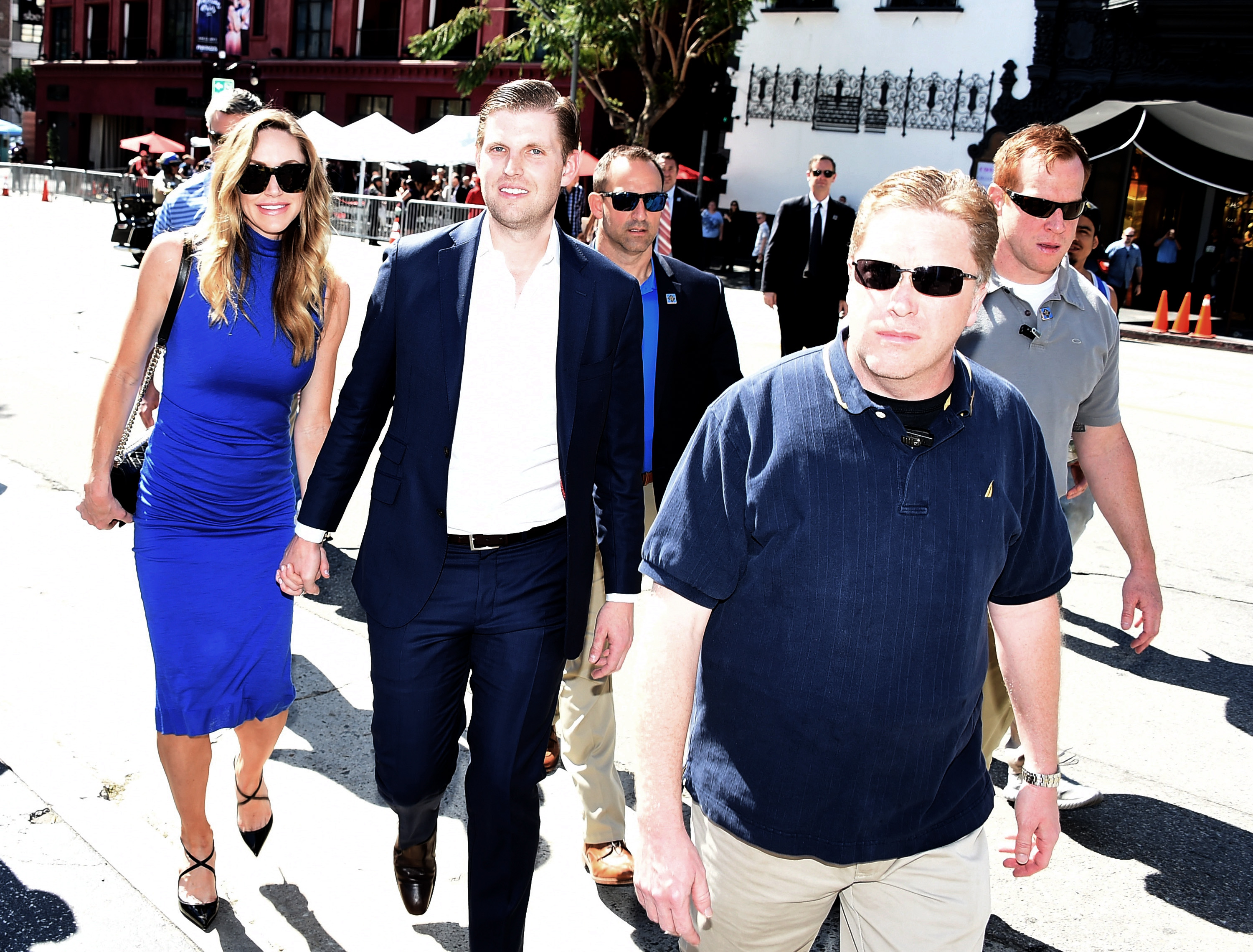 Donald Trump Jr. has also been brought into the family’s new line of work, so much so that it was rumored he would run for governor of New York. The eldest son doesn’t just speak highly of his father in interviews, he also is actively involved in Republican politics. Trump Jr. has spoken at a key fundraising event in Dallas and is actively campaigning for a Republican congressional candidate in Montana.

His wife Vanessa and younger sister Tiffany are the only two adult Trump family members who have not been involved in the political world since Donald Trump’s inauguration. And First Lady Melania Trump has so far taken a traditional stance to her role and has yet to undertake any political initiatives.

Her press secretary Stephanie Grisham told The Washington Post, “She is going to try to take time to do things right.”