Donald Trump chastised North Korea after the country showed “major disrespect” toward China when it launched its ninth ballistic missile this year.

The White House said the president was briefed after North Korea fired another ballistic missile test Monday — its third in nearly three weeks. The South Korean military said it flew for about 280 miles before landing in the Sea of Japan. 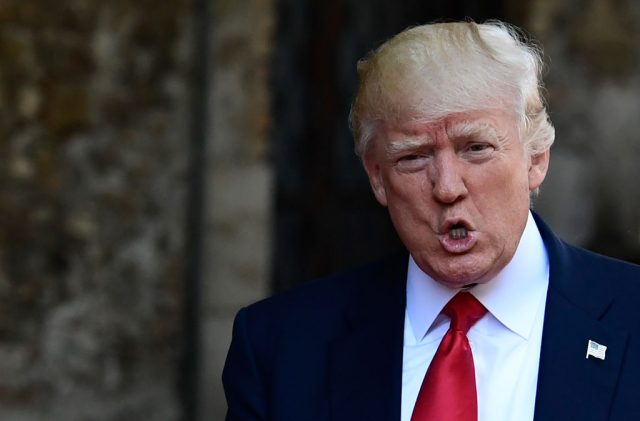 On Twitter Monday, Trump said: “North Korea has shown great disrespect for their neighbor, China, by shooting off yet another ballistic missile…but China is trying hard!”

North Korea has shown great disrespect for their neighbor, China, by shooting off yet another ballistic missile…but China is trying hard!

South Korea said the launch was “a severe threat to the peace and stability of not only the Korean Peninsula, but also the international community.”

“Since our new government took office, North Korea has been frequently and repeatedly conducting provocation in such manner,” South Korea’s Ministry of Foreign Affairs said a statement. “This is in direct opposition to our demands in regards to the denuclearization and peace of the Korean Peninsula.”

Japanese Prime Minster Shinzo Abe “the issue of North Korea is a top priority for the international community.”

“Working with the United States, we will take specific action to deter North Korea,” he added.