Former FBI Director James Comey will testify before the Senate Intelligence Committee next Thursday, June 8, where he will be questioned regarding Russian interference in the election.

He will testify in an open session at 10 a.m. before doing the same in a closed session later that afternoon, the committee announced Thursday.

This will be the first time that Comey has spoken publicly since he was fired by President Trump in early May. 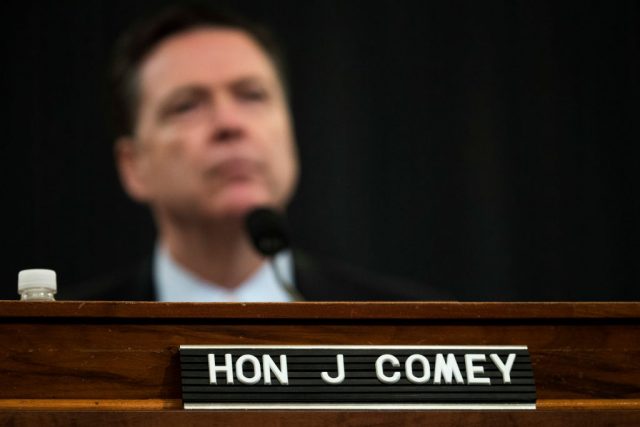 Shortly after he was fired, the New York Times reported that Comey alleged in a memo that Trump asked him to shut down the FBI investigation into former national security adviser Michael Flynn because “he is a good guy.” (RELATED: Trump Has Fired FBI Director James Comey)

A White House spokesman denied the nature of the meeting that was described in the memo, saying: “This is not a truthful or accurate portrayal of the conversation between the president and Mr. Comey.”

Trump did the same during a press conference with Colombian President Juan Manuel Santos.

“No,” Trump said when a reporter asked about the report. “No. Next question.” (REPORT: Trump Suggested Imprisoning Reporters Who Publish Classified Material)