Bill Cosby’s accuser took the stand Tuesday and gave an emotional testimony accusing him of drugging and sexually assaulting her at his home in Philadelphia in 2004.

On the second day of the 79-year-old actor’s sexual assault trial, Andrea Constand — a Temple University employee — recounted what she said happened to her on the day when she went to see her mentor, Cosby, about making a career move, according to People magazine. (RELATED: Prosecutors Present Shattering Statements In First Day Of Cosby Trial) 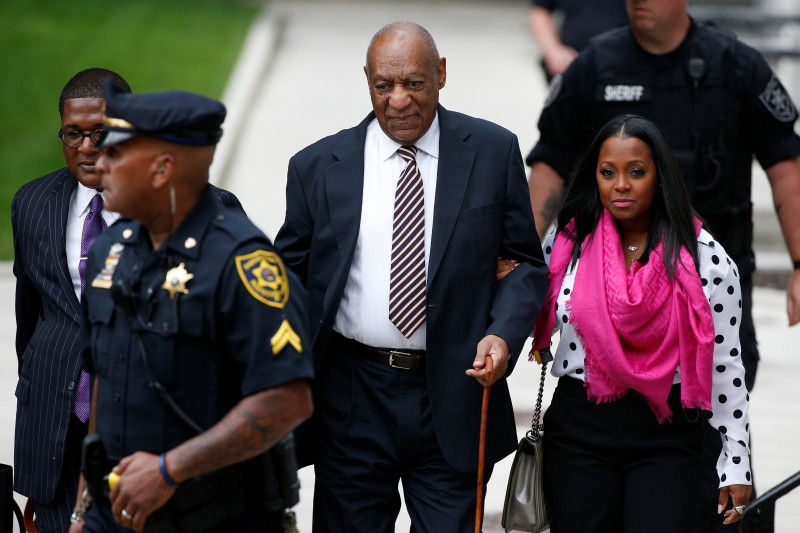 Actor and comedian Bill Cosby arrives for the first day of his sexual assault trial at the Montgomery County Courthouse in Norristown, Pennsylvania, June 5, 2017. REUTERS/Brendan McDermid

Constand explained that the actor handed her three pills that he said were herbal in nature to help her relax before he allegedly sexually assaulted her. The pills, she claimed, made it impossible for her to “fight him away.” (RELATED: Bill Cosby Ordered To Stand Trial In Sexual Assault Case)

“I told Mr. Cosby that I could see two of him,” Constand explained. “My mouth was very cottony. … Mr. Cosby grabbed me, helped me by the by arm and he assisted me over to a couch and said, ‘Just lay down here and relax.'”

“Mr. Cosby … laid me down. … I was laying on my left side and placed some pillow under my neck,” she added. “I don’t really remember passing out. I have no recollection until at some point later I was jolted awake … and I felt Mr. Cosby’s hand groping my breasts under my shirt. I also felt his hand inside my vagina moving in and out. And I felt him take my hand and place it on his penis and move it back and forth.”

“I wanted it to stop,” she continued. “In my head I was trying to get my hands to move or my legs to move but I was frozen and those messages didn’t get there. And I was very limp. And so I wasn’t able to fight him away.”

The defense did not have much time to cross-examine, except to point out that after the alleged assault happened Constand and Cosby spoke on the phone 72 times, maintaining that the two were involved in a consensual romantic relationship.

Cosby faces three counts of aggravated indecent assault for allegedly drugging and abusing Constand at his home in 2004. He has pleaded not guilty to the charges. If convicted, he faces up to 10 years. The trial is expected to last for two weeks.