James Comey called Donald Trump’s bluff and said he hopes that recordings of their conversations exist.

As the former FBI director testified before the Senate Intelligence Committee Thursday, he addressed the president’s suggestion that he secretly recorded his meetings with Comey and gave his consent for the White House to release all recordings — if they exist. 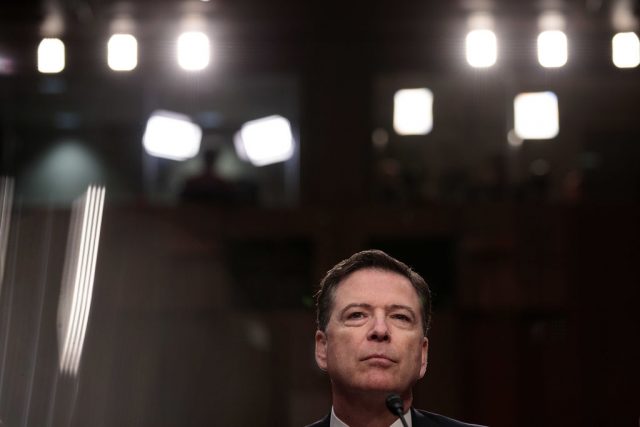 “It never occurred to me until the president’s tweet,” Comey said. “I’m not being facetious. I hope there are, and I’ll consent to the release. All I can do is hope. The president surely knows if he taped me. Release all the tapes. I’m good with it.”

“Lordy, I hope there are tapes,” he later added.

Do you both hope there are tapes and recordings? "All I can do is hope… release all the tapes, I'm good with it." — Comey #ComeyHearings pic.twitter.com/2JfsZUvQ0w

The administration has refused to elaborate on the president’s implication that there are listening devices in the White House since he tweeted his warning to Comey. When Deputy Press Secretary Sarah Sanders was pressed about it at an off-camera gaggle during the middle of Comey’s testimony Thursday, she said, “I have no idea.”

When asked if she could find out, she joked, “Sure. I’ll try to look under the couches.”

James Comey better hope that there are no "tapes" of our conversations before he starts leaking to the press!

Press secretary Sean Spicer has also declined to answer multiple questions about it with anything further than essentially “no comment.”