Two Vanderbilt football players were shot Monday night while attempting to recover a teammate’s cell phone that was stolen hours before the shooting incident.

According to an investigation by police, sophomore wide receiver Donaven Tennyson tried to sell his iPhone 6S on the Internet and met with a potential buyer in a Chili’s parking lot who stole the phone and drove off, The Tennessean reports. 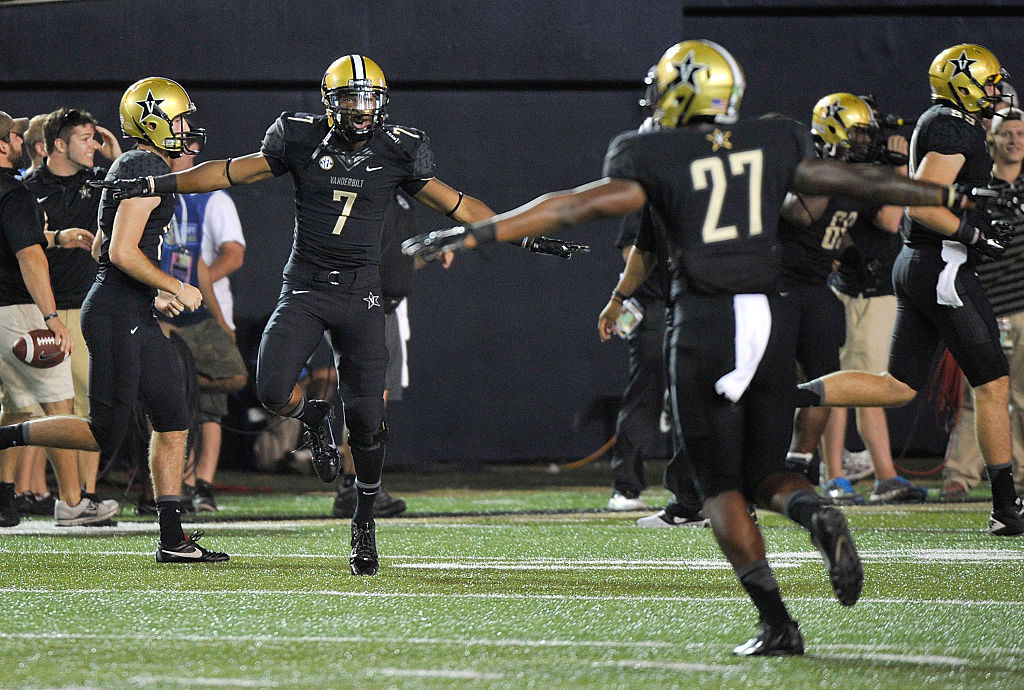 Later Monday evening, Tennyson noticed a phone that appeared to match the one that was stolen from him listed on the same website where he listed it hours before. Tennyson set up a meeting with the thief at a Target parking lot shortly thereafter and brought teammate defensive backs O’Montae Daley and Frank Coppet along with him in an attempt to get the phone back.

Both parties showed up with weapons to the meeting, but when the Vanderbilt players pulled a pellet gun the sellers pulled a handgun and a shotgun on them and fired shots at the students. Daley was shot in the leg and Coppet’s arm was peppered with birdshot.

Both players are expected to recover from their injuries. Police are looking for the suspects who shot them.