In my Gun Digest book, Handgun Training for Personal Protection,published in 2013, I included a chapter on red dot sights. The first line of that chapter read, “Breath deep and you can smell the future.”

From there I went on to describe what a red dot sight was and gave a lot of credit to former XS Sights pointman Dave Biggers for pushing the concept of red dot sights on defensive handguns. I concluded the chapter with, “The future is coming. When it gets here, we will all shoot better and faster.”

Sometimes it seems like the future is a long way off. In this case, it’s already here.

Yes, I know, for some time various firearms manufacturers have offered handguns that are reflex sight-ready. However, with SIG Sauer stepping into the optics world with both feet, the manufacturer became optimally positioned to address the issue.

For 2017, the company is offering a number of its defensive handguns either reflex sight-ready or equipped with a miniature red dot right out of the box. Before delving into the future SIG has brought us, we first need to understand what a red dot sight is. “Red dot” has morphed into a term to describe any compact, zero- to low-magnification optical sight with an illuminated aiming point. Kind of like how the word “Coke” is often used to describe any cola.

True red dot sights are reflex sights. The dot is an LED (Light-emitting diode) projected onto a lens. There are essentially two styles of reflex sights. One is very compact and L shaped; the other is tube shaped, similar to a conventional riflescope.

With the L-shaped sights, the beam from the diode is exposed to the elements, and this means dirt and such could obstruct it. With the tube designs – which are much larger – everything is contained.

Red dot/reflex sights are not to be confused with holographic sights. A holographic sight has a photograph of a reticle sandwiched between layers of glass. The reticle is illuminated by a laser beam projected into the glass.

SIG’s smallest reflex sight is the Romeo 1. It is 1.8 inches long and weighs less than an ounce. It also has a 3 MOA red dot, five brightness settings and is powered by a CR1632 battery. The Romeo 1 has motion-activated technology that powers it up when it senses motion and powers the unit down when it does not. Given its minuscule size, it’s the perfect optical sight for SIG Sauer to match to some of its pistols.

SIG Sauer’s aptly named RX line – RX is defined as: A remedy, cure or solution for a disorder or problem – will soon encapsulate most of the SIG Sauer Classic Series pistols, including the 220, 226, 228, 229 and even the 320. The Romeo 1 is parallax free. This means you don’t have to have your head directly behind the sight, and the dot does not have to be in the center of the sight window, for you to hit what the dot is on.

You just put the dot on the spot you want to shoot and pull the trigger. Until you have actually fired a handgun with a red dot sight, don’t knock it. You simply have to experience it to believe how fast it can be and how much it can improve your shooting.

You see, like with a laser, the red dot sight allows you to maintain a target focus and keep both eyes open; you won’t have to line up a rear sight with a front sight, and then line both up with the target. (This is the problem SIG Sauer’s RX pistols cure.) Yes, there is a learning curve, but hands down, when it comes to speed and accuracy, the reflex sight is the most intuitive sight system available for a handgun.

The problems with the reflex sight are threefold. It makes the handgun larger, and holster selection becomes problematic (this should be rapidly changing).

Secondly, to be suitable for personal protection, the handgun’s sights must remain useable while the sight is in place. It may become broken or covered in debris and unusable (SIG Sauer uses higher than normal sights on its RX pistols to allow them to be used with the reflex sight in place).

And finally, reflection from dust on the lens can become an issue in harsh lighting. So, with holster makers solving the first issue, and SIG Sauer addressing the second, in time I suspect technology will take care of the third. The SIG Sauer P226 was designed for the military, is used by elite forces, and has proven to be a first-class combat pistol. SIG Sauer currently offers nine different versions, including one chambered for the .22 LR, priced from $630 to $1,413.

The P226 RX is chambered for the 9mm Luger, and it features an alloy frame, stainless slide with a Nitron finish and an accessory rail.

The RX identifier means this pistol comes with a SIG Sauer Electro-Optics Romeo 1 reflex sight. The top of the slide has been machined to position this sight as low as possible, and taller than normal three-dot Tritium suppressor-like sights are fitted to the slide to allow for their use in case the shooter prefers, or in case the optic might fail.

The P226 RX SIG Sauer sent for review was the SAO version. It comes with an ambidextrous safety and has a very good single-action trigger, with a pull weight of 4.5 pounds.

Of course, the SIG P226 is nothing new; the pistol has been around since 1980, and the SAO version since 2013. What I wanted to see was how well this pistol would shoot, and how much better, if any, I could shoot it with the reflex sight as compared to the fixed sights.

The first thing I did was test five different loads from a sandbag bench rest at 20 yards, firing three, 10-shot groups. The results can be seen in the accompanying chart, but two things are notable.

Several groups were also fired at 50 yards using both the reflex and fixed sights. At that distance, the reflex sight performed 39 percent better than the fixed sights!

I also subjected the pistol to my favorite defensive handgun drill, which I call the 45 Drill. In this drill, the object is to get five hits inside a 5-inch circle, at 5 yards, in less than 5 seconds, starting with the pistol holstered and concealed.

Using the reflex sight, my average time for this drill was 3.88 seconds. With the fixed sights, my average time was 3.92 seconds. Now, this might not seem like much of an advantage, but like I mentioned, there is a learning curve with reflex-sighted handguns, and I am at the low end of that loop.

For some it might seem a large leap to commit to a reflex sight on a defensive handgun, and that’s understood. Plastic pistols like the Glock and electronic sighting systems like lasers were once considered a leap of faith, too.

Both have since proven their worth, and I think the reflex sight on a defensive handgun will ultimately do the same. Oh, by the way, I fired almost 500 rounds through the P226 RX using five different munitions, and there was not a single stoppage. Back to the Future

Largely, civilian defensive handgun trends are driven by law enforcement. Law enforcement’s resistance to change is just the nature of the beast.

Those in charge are generally long-term officers who learned to do things a certain way, with certain types of gear. Until they’re convinced otherwise, or until they’re replaced with the next generation, change will be slow. Compound this with the fact that money matters, and it’s hard to get a government agency to spend the kind of money needed for reflex-sighted pistols.

For us average folk, cost will always be an issue, too. SIG Sauer’s RX line of pistols should retail for around a thousand bucks depending on the model. And, that includes the Romeo 1 sight, which has a suggested price of $359.99.

The future is coming. Some of it is already here. Prepare to shoot better and faster. 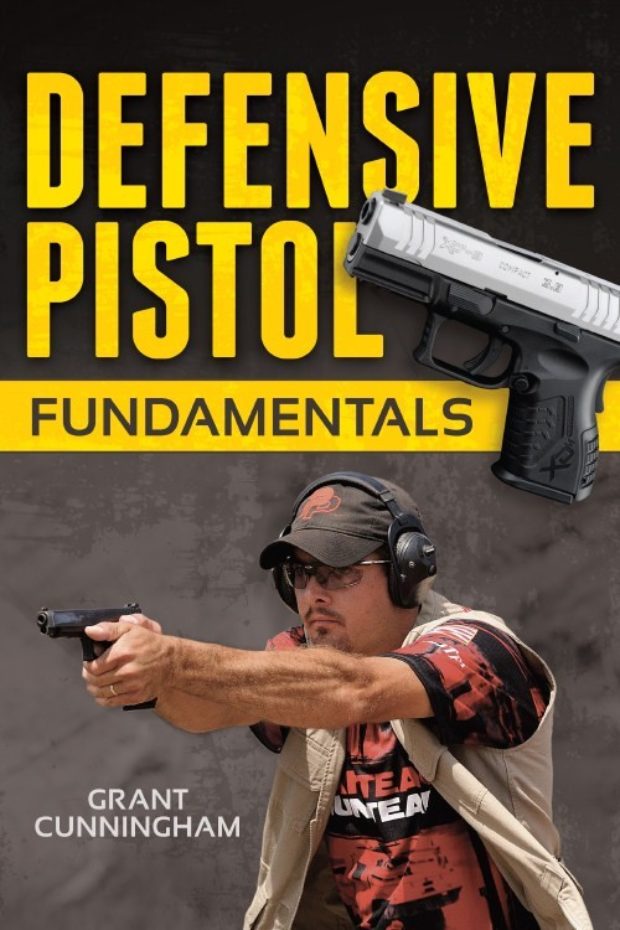