Kid Rock blasted the media Thursday over his plans to run for senate in Michigan.

“Once again the press is wrong,” the 46-year-old rocker –whose real name is Robert James Ritchie — wrote in a blog post. “First of all, I’ve got 15 days from my announcement to file paperwork with the FEC! Second, I’m not signed to Warner Bros — which simple fact-checking would have revealed.” (RELATED: Kid Rock For US Senate In 2018?) 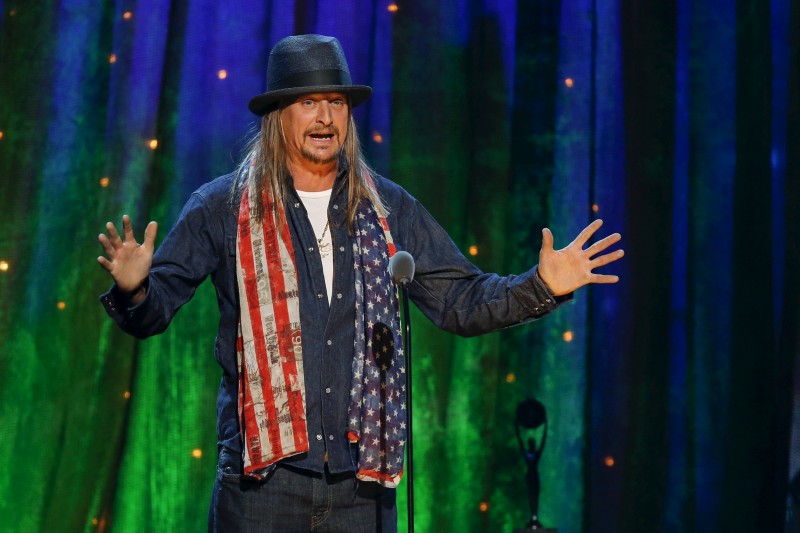 “I have recently worked out a unique deal with BMG, Broken Bow, CAA and Live Nation to release music ON MY TERMS,” he added. “Like politicians write books during their campaigns, I’m planning on putting out music during mine and IT ALL STARTS TONIGHT AT MIDNIGHT. It’s not a hoax, it’s a strategy and marketing 101!”

“No plans for an album or anything else that has been the usual norm in the music business OR politics…..and…..Senator [Debbie] Stabenow and I do share a love of music, although probably not the same kind,” he continued.  “I concede she is better at playing politics than I am so I’ll keep doing what I do best, which is being a voice for tax paying, hardworking AMERICANS and letting politicians like her know that We the People are sick and tired of their bullshit!”

On Wednesday, the singer drew attention when he posted on Twitter a website link to “KidRockForSenate.com” and confirmed that it was “real.”

I have had a ton of emails and texts asking me if this website is real… https://t.co/RRVgISDFeq The answer is an absolute YES. pic.twitter.com/uYCUg6mjW1

Kid Rock’s name has been mentioned as a possible Republican Senate candidate to take on Michigan Democratic Sen. Debbie Stabenow next year.