Emily Ratajkowski said her big boobs have kept her from landing jobs in the fashion industry, but Allure magazine clearly didn’t have a problem with them. 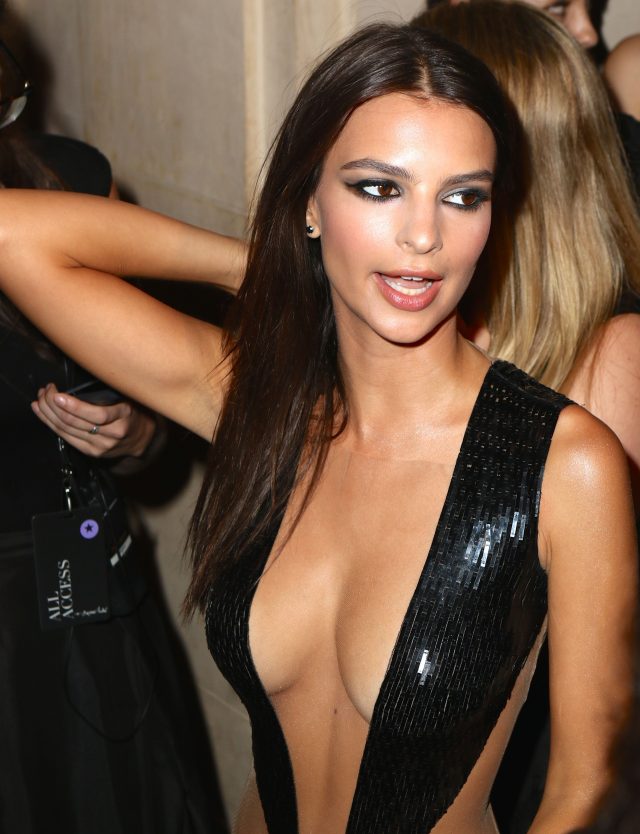 The beautiful brunette will appear on the cover of the mag’s August issue, and judging from the photos that have been released so far, Ratajkowski flaunted those curves she recently complained about.

“It really bothers me that people are so offended by breast,” she told Allure. “That’s when I realized how f**ked our culture is,” she continued. “When we see breasts, we don’t think of beauty and femininity. We think of vulgar, oversexualized images.”

“To me, any expression that is empowered and is your own as a woman is feminist,” she explained. “If a woman decides to dress sexy, it doesn’t mean she’s not a feminist. [We] should be doing things for ourselves. If that is the woman’s choice, and it makes her feel good, then that’s great. Good for her.”

Ratajkowski recently brought more attention to her own breasts in an interview with Harper’s Bazaar Australia that got everyone’s attention.

“There’s this thing that happens to me: ‘Oh, she’s too sexy.’ It’s like an anti-woman thing, that people don’t want to work with me because my boobs are too big. What’s wrong with boobs? They’re a beautiful feminine thing that needs to be celebrated. Like, who cares? They are great big, they are great small,” she told Harper’s Bazaar. “Why should that be an issue?”

Allure didn’t shy away from featuring the 26-year-old model nor did the hesitate from highlighting her undeniable assets. My guess is Emily is going to do just fine finding work exactly the way she is.