President Donald Trump announced Friday that Secretary of Homeland Security John Kelly will be his new chief of staff.

“I am pleased to inform you that I have just named General/Secretary John F Kelly as White House Chief of Staff. He is a Great American….,” Trump tweeted about the former Marine Corps general. “John has also done a spectacular job at Homeland Security. He has been a true star of my Administration.” 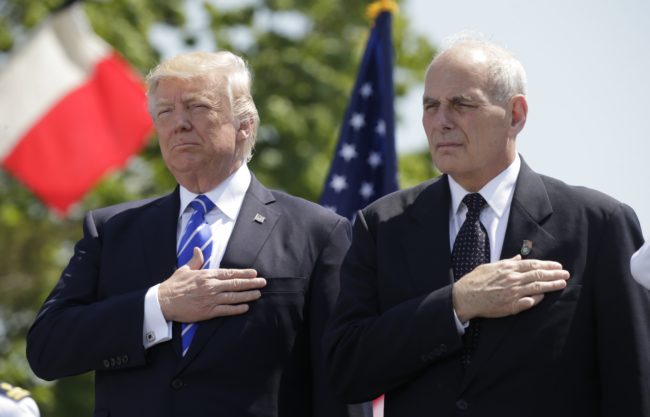 President Donald Trump and Department of Homeland Security Secretary John Kelly hold their hands over their hearts for the U.S. National Anthem as they attend the Coast Guard Academy commencement ceremonies in New London, Connecticut, May 17, 2017. REUTERS/Kevin Lamarque

Kelly, who has little political experience, will be taking on a job historically suited for Washington insiders.

Trump also tweeted his appreciation for his outgoing chief of staff. “I would like to thank Reince Priebus for his service and dedication to his country. We accomplished a lot together and I am proud of him!” 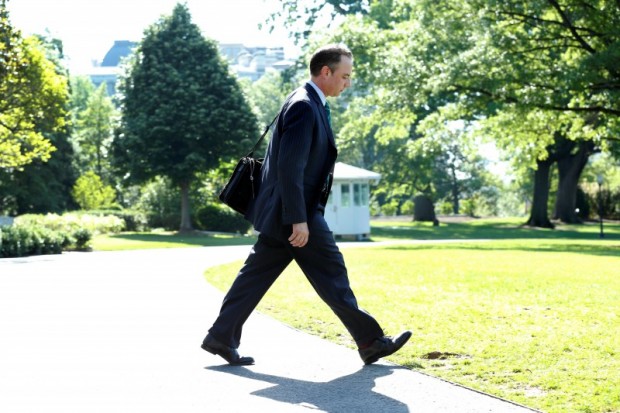 White House Chief of Staff Reince Priebus follows President Donald Trump on the South Lawn of the White House, before their departure to Groton, in Washington, May 17, 2017. REUTERS/Yuri Gripas

President Trump brought on Anthony Scaramucci as his communications director last week, and since then, Scaramucci has been publicly feuding with Priebus. Scaramucci told The New Yorker in an interview published Thursday that Priebus is a “paranoid schizophrenic.” Priebus told CNN’s Wolf Blitzer shortly after Trump’s tweets that he had actually resigned Thursday. Priebus said he offered his resignation and Trump “accepted it.” 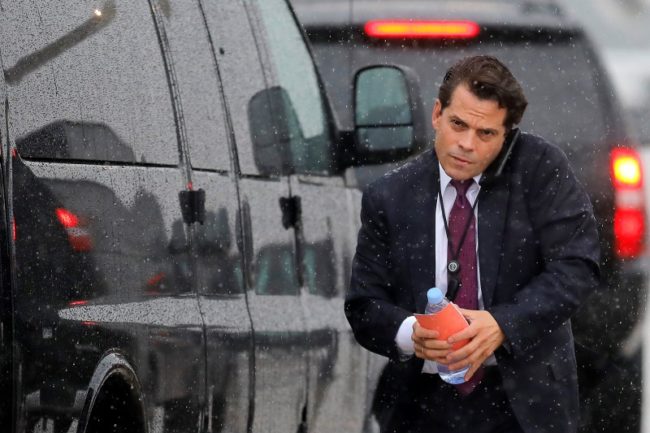