As the mainstream media fell into hysterics last week over President Trump’s transgender ban in the military, they completely ignored a massive Islamic anti-gay terror plot on American soil.

On the evening of Monday, July 24, ABC7 News, a local news affiliate in the San Francisco/Oakland, California area broke news that a massive ISIS-inspired anti-gay terror plot was being planned in San Francisco by a man named Amer Sinan Alhaggagi.

Alhaggagi was arrested last year on identity theft charges. But he has now been indicted in another case, once based off of what he told FBI informants beginning in the summer of 2016. During this time, he expressed sympathy towards ISIS, and wanted to carry out a mass murder terror attack that would kill 10,000 people. He specifically mentioned wanting to target the LGBT population.

It had been previously reported by the Associated Press that Alhaggagi was indicted for “attempting to support terrorism by allegedly using social media to promote the Islamic State group and offering to join the organization.” However, the full extent of Alhaggagi’s terroristic and anti-gay motives were not known until the ABC7 News report.

“He then told confidential source number one, ‘I live close to San Francisco, that’s like the gay capital of the world. I’m going to handle them right, LOL,’ meaning laughing out loud. ‘I’m going to place a bomb in a gay club, Wallah or by God, I’m going to tear up the city.’ And I quote, ‘The whole Bay Area is going to be up in flames,'” the federal prosecutor explained to Judge Westmore in his argument to have Alhaggagi detained.

He also told the court how Alhaggagi took the undercover agent, posing as an ISIS supporter from Salt Lake City, on a tour of the Bay Area including the Cal Berkeley campus. The feds say he wanted to plant backpack bombs at the dorms and went along with the undercover agent to set up a storage unit where he would store supplies for his plans.

The FBI’s investigators say one sign of how serious he was about his support for ISIS came when he showed up at a meeting with the undercover agent at the storage unit with three backpacks to be used to carry bombs.”

However, despite the fact that a massive terror plot targeting the LGBT community was stopped, the mainstream media gave little attention throughout the week to the to-be radical Islamic terrorist.

CNN.com ran no reports about the terror plot:

Nothing was to be found on NYTimes.com: 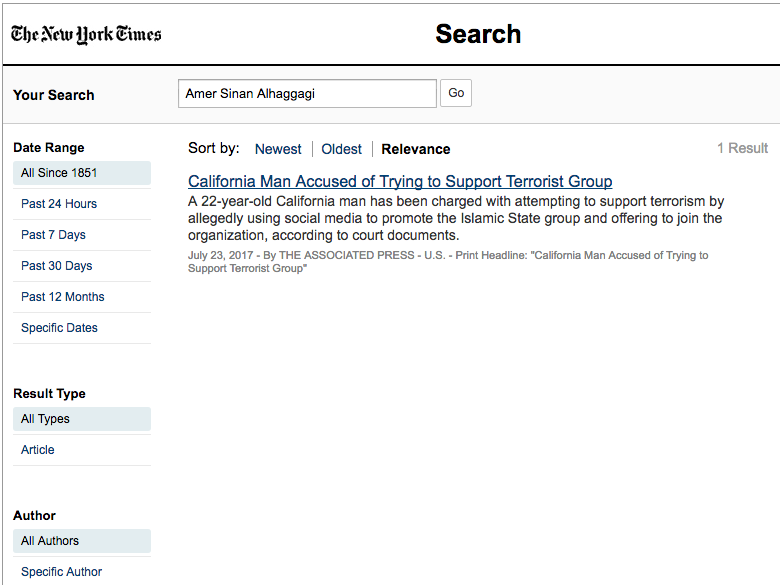 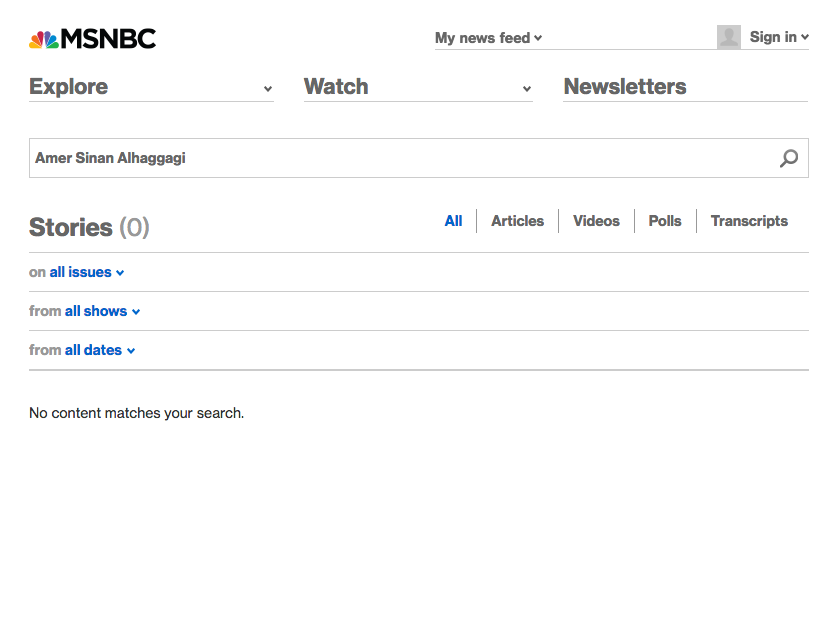 Even The Daily Caller missed this story when it first happened.

The closest thing to national media attention that this story earned was from the Los Angeles Times, which ran a story titled, “Man wanted to help ISIS and spread terror in Bay Area, indictment alleges,” late on July 24th, citing the ABC7 News report.