“Speaker Ryan believes, as is obvious, these individuals are left-wing thugs, and those who are committing violence need to be arrested and prosecuted. Antifa is a scourge on our country,” Ryan’s spokeswoman AshLee Strong said in a statement provided exclusively to The Daily Caller.

Speaker Ryan has been criticized by many conservatives for what was viewed as a weak response to the violent activists. President Donald Trump blamed “many sides” for the violence surrounding a white nationalist rally in Charlottesville, Va., but Ryan said in a statement, “There are no sides.”

“That is why we all need to make clear there is no moral relativism when it comes to neo-Nazis. We cannot allow the slightest ambiguity on such a fundamental question,” the House speaker said. (RELATED: In Their Own Words: The Radical Political Goals Of Anti-Fascists) 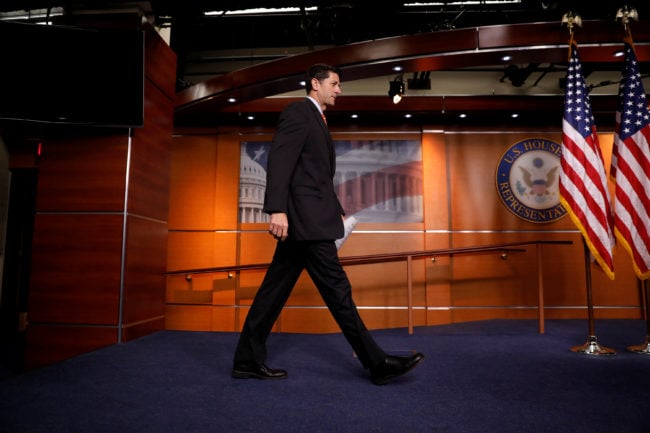 Antifa leaders have said they seek to make America “ungovernable” and the group has continued to cause violence at right-wing events. This past weekend in Berkeley, two people were hospitalized after an Antifa protest of an anti-Marxist rally.

This led Pelosi to put out a statement in which she said: “The violent actions of people calling themselves Antifa in Berkeley this weekend deserve unequivocal condemnation, and the perpetrators should be arrested and prosecuted.”