“In which the president’s lawyer writes me at 1:30 am on a Saturday and asks me if I’m on drugs.”

“Gen. John Kelly needs to learn that no one handles or manages @realDonaldTrump & trying to isolate him is dangerous.” — Roger Stone, Trump whisperer.

“*An exasperated DMV staffer picks up the phone to hear Gorka’s voice for the 9th time* ‘Sir, we simply cannot fit ‘Alpha Male’ on the plate.” — Gideon Resnick, reporter, The Daily Beast.

Sebastian Gorka recently left the White House, where he was a strategist for President Trump. He works for Breitbart News.

“FB just showed me a cookie cutter slide show of my friendship with someone, and concluded by telling me how unique the relationship is.” — MSNBC’s Chris Hayes.

“Last night I dreamed I was accepting an award, and my mother and @OrrinHatch jumped on the stage during my speech and each gave their own.” — Lizzie O’Leary, host, Marketplace Weekend.

“Being a writer is basically
10% writing
80% feeling like you should be writing
4% crying
6% thinking about what you have to eat.”

How journalists should address POTUS

“We should be at a point in society where it’s not only commonplace but celebrated that a woman can don a flashy pair of heels for work then come home in sneakers and sweats to run a household. Or in both FLOTUS cases, help run a White House and heal our country.” — Brit McHenry, The Federalist.

Read her terrible column here if you must.

I know first-hand that Wemple rarely seeks the truth. Instead, he makes up his mind and doesn’t let facts get in his way.

Wemple penned an op-ed on a judge throwing out Sarah Palin‘s defamation lawsuit against the NYT. He believes the NYT still owes Palin an apology. Still, he admits, he never really understood the case in the first place.

“It’s a well-argued ruling, one that leaves the Erik Wemple Blog a bit embarrassed for having called the complaint “convincing” back in June. Never again will we sell short jurisprudence that protects journalists when writing about public figures.”

The “Erick Wemple Blog” — and he ridiculously calls himself — should be more than “a bit” embarrassed.

Read his whole fiasco of an op-ed here. 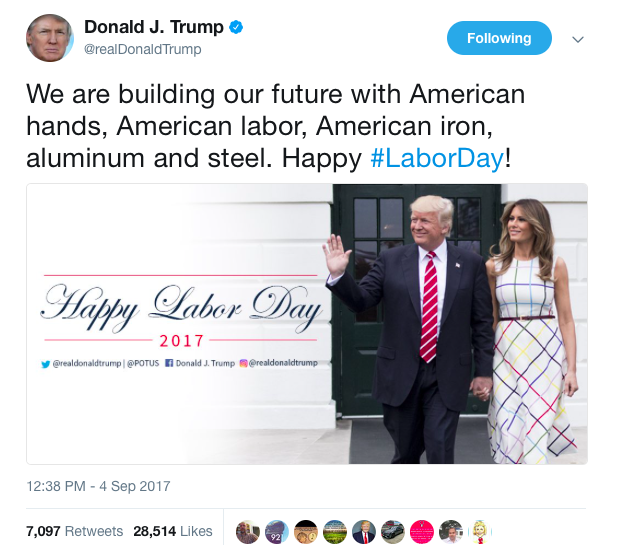