A now-indicted IT aide to various House Democrats was sending money and gifts to government officials in Pakistan and received protection from the Pakistani police, multiple relatives claim.

A Democratic aide also said Imran Awan personally bragged to him that he could have people tortured in Pakistan. Awan’s lawyer acknowledged that he was sending money to a member of the Faisalabad police department, but said there was a good explanation.

The relatives said Awan and his brothers were also sending IT equipment, such as iPhones, to the country during the same period in which fraudulent purchase orders for that equipment were allegedly placed in the House, and in which congressional equipment apparently went missing.

Awan’s stepmother, Samina Gilani, said the brothers were paying police officer Azhar Awan and that he is their cousin.

Facebook confirms that Azhar works for the police and is Facebook “friends” with the former congressional aides, who worked for 45 Democratic House members until the aides were banned Feb. 2, following the discovery of 5,400 unauthorized logins to congressional servers and the funneling of “massive” amounts of data off the congressional network.

Awan and his wife, Hina Alvi, who both worked for Democratic Rep. Debbie Wasserman Schultz of Florida, were indicted after sending hundreds of thousands of dollars to Pakistan for what they said was a land deal.

Chris Gowen, Awan’s attorney, acknowledged the payments to the police officer, and said they were “to make payments” on the land. “You need to understand how land purchases work in Pakistan and I don’t have time to explain it to you,” Gowen told The Daily Caller News Foundation.

A source close to the investigation, who was not unauthorized to comment publicly, said the FBI generated suspicious activity reports on the suspects that were hundreds of pages long, based on their large cash deposits and international transfers.

A fellow Democratic House IT aide, speaking on condition of anonymity because of concern for his career, recounted a conversation between Awan and three colleagues in a House cafeteria several years ago in which Awan seemed to relish bragging about his ability to have people harassed in Pakistan. 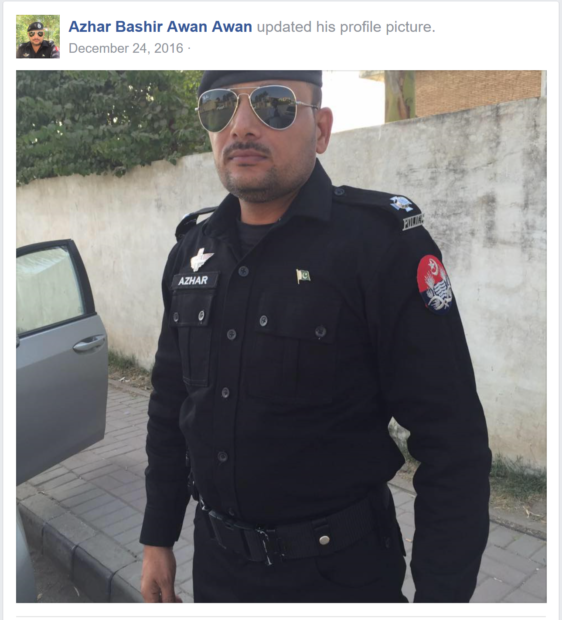 “He wanted to build a CRM [customer relationship management software] but he wanted to do it in Pakistan,” the aide told TheDCNF. “But the government doesn’t allow that. They have to be American, but Imran said, ‘Well, we can say that they’re American, but really they’ll be in Pakistan. I have these guys that work for the Faisalabad police department, and all we have to do is pay them $100 a month and they take them over to the police station, strip their clothes off, hang them upside down and beat them with a shoe. And that person will work hard and be loyal from then on.’ And we were all like, ‘what the fuck.’ Two other people were there. We said, ‘he’s a fucking monster.'”

The brothers were storing money in the name of their father, Muhammad Ashraf Awan, in Pakistan, and invested in two “housing colonies” in Faisalabad called Gulshand e-Moeen and Gulshan e-Fareed, a female relative in Pakistan said. Azhar’s brother, Athar Awan, owns Maham Fabrics in Faisalabad, and family members believe Awan financed Athar, according to an interview, conducted in the Uurdu language by Wajid Syed, a Washington correspondent for Pakistani TV network Geo.

Gowen told The New York Times that, in the words of the paper, “the transfer represented the latest payment by his client for a piece of property he was buying in the country.”

Gowen described it to TheDCNF as a deal by Awan’s father: “Imran’s Dad was involved in a land deal in Pakistan … multiple family members were involved in the management and purchase of the property.” But, he said, the deal was proper. When pressed, he acknowledged it has been wrapped in controversy, saying “there were attempts to steal the property from the father.” The father said in life insurance documents that he only made some $1,200 a year as a religious teacher; Gowen said he had made money in Pakistan from owning a gas station.

Last month, Gowen asked the judge to remove the GPS monitor from Awan, saying he was not a flight risk and “starting a new one [life] in Pakistan [is] something they have never even considered.”

Another relative told TheDCNF, speaking anonymously because he is afraid of Awan, that Awan “would entertain people from Pakistan, send gifts to the government officials. He used to come home and tell the dad I sent such and such to the police or an official in Pakistan. A few months ago Abid [Awan’s brother] gave them so many iPhones to distribute.”

In early 2016, $120,000 in equipment, including iPads, were discovered missing from the office of Democratic Rep. Yvette Clarke of New York, for which Abid ran IT. Equipment billed to other congressional offices was shipped to their house, and invoices were falsified to show prices as $499 — just under the cutoff at which equipment would be inventoried by central administrators.

The relative told the story months ago, but TheDCNF withheld his comments until numerous other details he provided were confirmed, and until the issue with the missing equipment from Clarke’s office arose.

Awan’s younger brothers Abid and Jamal were also on the House payroll, but have not been charged with any crimes.

“Jamal used to travel a lot,” the relative said, “and he has just been in the past few months he visited some countries and was planning to go again and in the house, Imran used to talk a lot about Russia.” Abid’s wife, Natalia Sova, who was on the House payroll for a time, is Ukrainian.

Awan’s stepmom, Gilani, made statements in court documents that suggest he is receiving protection from Pakistani authorities.

“Imran Awan threatened that he has power to kidnap my family members back in Pakistan,” she wrote. “Imran Awan did admit to me that my phone is taped (sic) and there are devices installed in the house to listen my all conversations … Worth mentioning here that … Imran Awan introduces himself someone from U.S. Congress or someone from federal agencies … In Pakistan [Imran] manages to have police mobile based on his position in U.S. Congress or federal agencies to escort him during his visit to Pakistan.”

The Washington Post reported that the FBI’s Joint Terrorism Task Force was investigating the Awans, but that “according to a senior congressional official familiar with the probe, criminal investigators have found no evidence that the IT workers had any connection to a foreign government.”

If true, that raises questions about how thoroughly agents have probed.

Dan Perrin, a former staffer for the Senate Committee on Foreign Relations who had studied foreign actors, told TheDCNF there is a risk that the payments to the local police department signal a relationship to Pakistani authorities, such as the intelligence agency ISI, which he said “often works with or is embedded in the major city police forces in Pakistan.”

While they were working on Capitol Hill, the brothers set up a car dealership that took $100,000 from Ali Al-Attar, an Iraqi politician who has been tied to Hezbollah and is wanted by the U.S. Department of Justice. Their former business partner, Nasir Khattak, testified in Virginia court that the car dealership’s finances consisted of byzantine transfers in which staff and cars were often swapped between it and a dealership next door.

“Ali Al-Attar was out of the country as he was involved in politics and the formation of the Iraqi government,” Khattak said in court documents.

Perrin said the family’s numerous car-related LLCs deserve special scrutiny because car dealerships are a favorite front for people with ties to foreign governments, providing the opportunity for money laundering and “giving the owners access to credit reports on all Americans.”

Khattak said in court documents that, “It was very bad record-keeping in Cars International … it is close to impossible to make any sense out of all the transactions that happened.”