The Boston Herald’s Jason Mastrodonato had little good news to report on his “Red Sox notebook” from the team’s 8-2 loss to the Houston Astros on Thursday, but the baseball beat writer is probably embarrassed by his own performance.

In his takeaway from the first game of the American League Division Series, the Boston Herald reporter mistakenly identified the Texas state flag for the Puerto Rican flag in writing about the national anthem, CBS Houston reports. 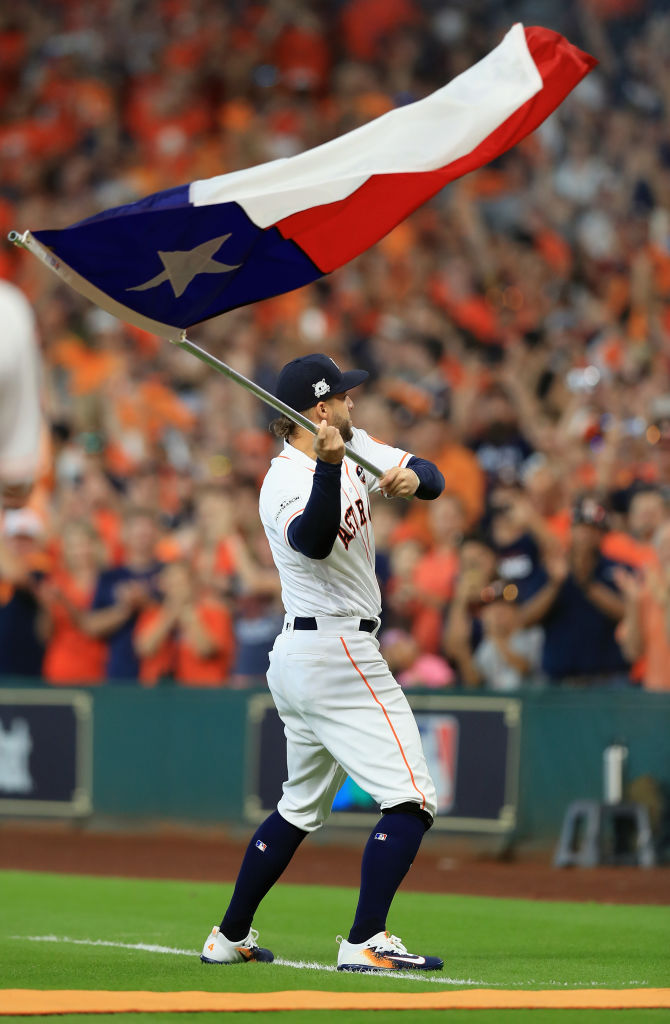 “The Astros’ pregame ceremonies included a large Puerto Rican flag draped over the field next to a bigger American flag to honor the United States territory that was devastated recently by a hurricane,” Mastrodonato wrote.

Then in describing a moment in which George Springer stepped out of the dugout and waved the Texas flag before the crowd, Mastrodonato did it again!

“George Springer brought the Puerto Rican flag out with him when he was introduced and waved it back and forth to big applause.”

Clearly Mastrodonato hasn’t heard the age-old warning “Don’t mess with Texas,” but an editor’s note has since been added to his piece to correct the embarrassing error.

“A previous version of the notebook inaccurately stated that pregame ceremonies included the unfurling of a large Puerto Rican flag. The flag was in fact the Texas state flag. We regret the error,” the note reads.

Hopefully for Mastrodonato and the Red Sex, the Astros didn’t catch his mistake.