In just one month, the National Football League has gone from being one of America’s most favored sports to one of its least, with a 31 percent drop among its top fans.

Not only has the NFL ratings suffered, but a poll by the Washington-based Winston Group published Saturday finds that the protests by players and coaches during the national anthem has hurt professional football as one of the most likeable sports. (RELATED: NFL Ratings Drop After Day Of Protest) 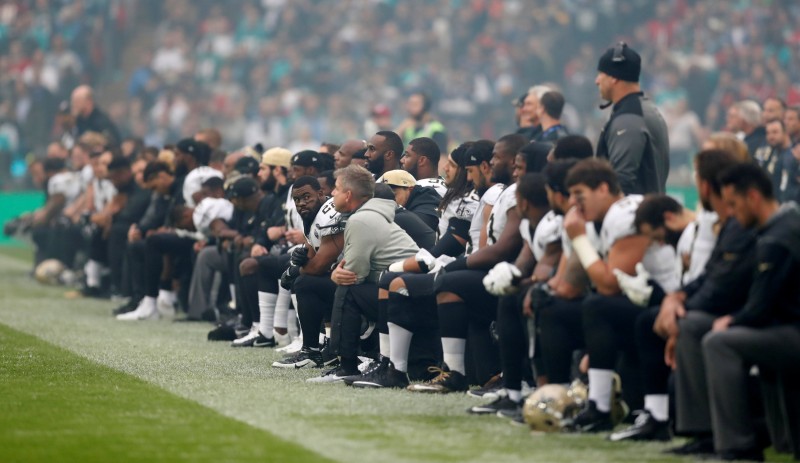 Between the end of August and the end of September, the football league’s favorables went from 57 percent to 44 percent, with an unfavorable rating going from 23 percent to 40 percent among top professional sports and college sports.

In the age group of males 34-54, the sport saw its largest decline in favorables with a 31 percent drop.

The poll looked at how people felt about brand images which included the NFL, Major League Baseball, the National Basketball Association, and college sports (football and basketball). They polled 1,000 registered voters taken from August 29-30 and then once more September 28-29.