Andy Dick was fired from the movie “Raising Buchanan” following sexual harassment and misconduct accusations against him, according to The Hollywood Reporter Tuesday.

The alleged victims were unable to be reached, but sources told the outlet that some of the allegations against the 51-year-old actor and comedian included groping people’s genitalia, unwanted kissing/licking, and propositioning several people for sex.  (RELATED: Ed Asner Asks Chris Jansing For Kiss During Weinstein Interview) 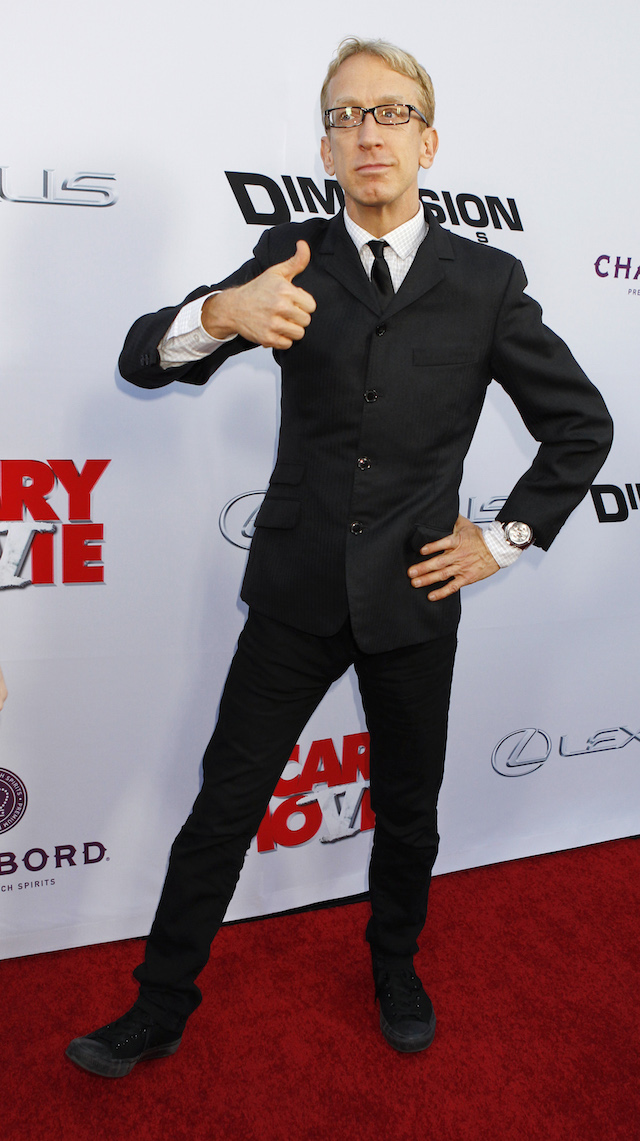 When reached for comment, the “Road Trip” star said he no longer gropes people, but did admit to licking and possibly making sexual advances towards people on set. It is unclear if those alleged actions were towards other actors or crew.

“I don’t grope people anymore,” Dick responded. “I don’t expose myself anymore. I do understand that the temperature in the world right now is delicate.”

“I didn’t grope anybody,” he added. “I might have kissed somebody on the cheek to say goodbye and then licked them. That’s my thing– I licked Carrie Fisher at a roast. It’s me being funny. I’m not trying to sexually harass people.”

“I didn’t grab anybody’s genitals,” he continued, before admitting that he propositioned others. “Of course I’m going to proposition people. I’m single, depressed, lonely and trying to get a date. They can just say no, and they probably did and then I was done.”

“I don’t know the difference between sexual harassment and trying to get a date,” Dick explained. “In the ’70s, all the girlfriends I got was by kissing and licking their cheek. I don’t know anymore. There were beautiful women and beautiful guys on the set. I flirt with them. I might kiss someone on the set and ask them to go to dinner. They are the ones that took it south.”

Dick’s gig on the set appears to have been filled with bumps from the beginning. He reportedly arrived late one day after missing his flight, he didn’t have all his lines memorized, and he brought along a friend with him that caused disturbances on set.