Matthew McConaughey and Wild Turkey Bourbon teamed up to make everyone’s Thanksgiving a little brighter in Lawrenceburg, Kentucky this year by distributing 4,500 turkeys across the small town.

The Academy Award winner and 250 volunteers distributed the turkeys to every home in the bourbon brand’s home town two weeks ago, but they didn’t release the full video of the admirable effort until this week.

“You know the people of Lawrenceburg are the heart and soul and the backbone of their company,” McConaughey said before the volunteers to kick off the effort. “And when they said, ‘Hey do you want to come out here and deliver 4,500 turkeys on a Saturday to some people who are gonna appreciate it,’ I said ‘sounds like a heck of a deal.’ So here we are. Let’s go make some people happy.” 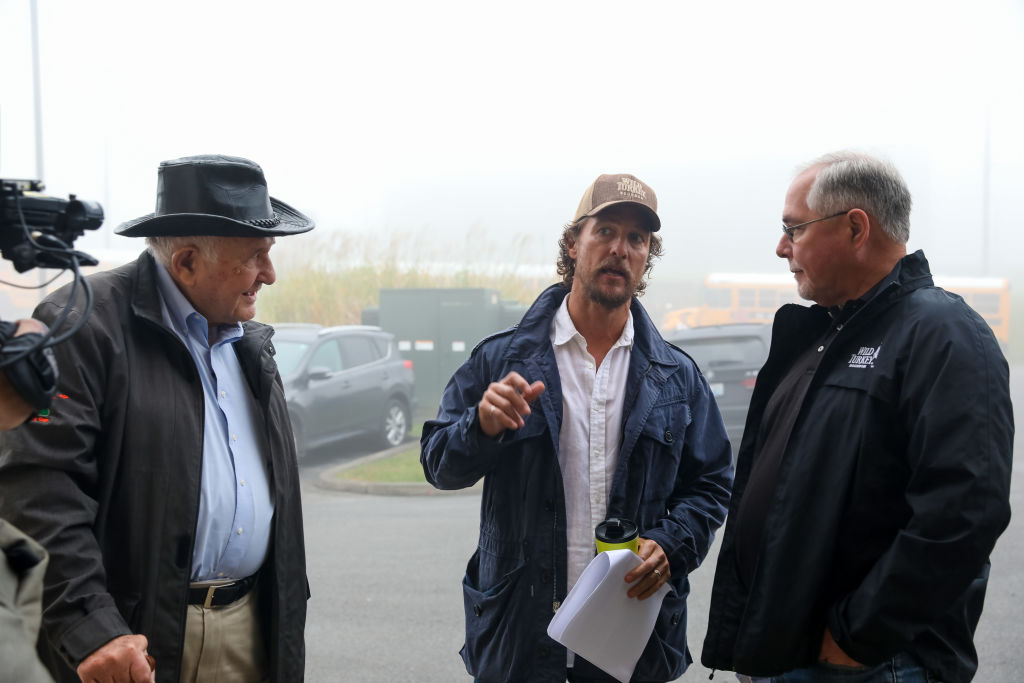 Wild Turkey brought McConaughey on as a spokesman and creative director in August 2016. So far the actor has seemed like a perfect representative for the bourbon brand, using his star power and down-to-earth attitude to bring people closer together.

In addition to the 4,500 turkeys distributed across the town, Wild Turkey also donated 580 turkeys to the local food bank and nursing home. They also donated 50,000 Thanksgiving meals through Share Our Strength for families in need.