A man convicted of sexually assaulting a minor is actively volunteering for a Democrat in Maine, according to a document obtained by The Daily Caller News Foundation.

Douglas Lane was convicted of two separate counts of sexual assault involving a minor in 1996 and in 1997, according to the Maine Police Department sex offender registry. Lane’s full information appears in a campaign list of active volunteers for Democrat Ben Chin’s 2017 run for Mayor of Lewiston, Maine.

Chin previously acted as political director of the progressive activist group Maine People’s Alliance. TheDCNF reported on Lane’s activities for that organization in May after he appeared in several pictures on social media working with campaign volunteers, many of whom appeared under the age of 18, a violation of state law if true.

Chin told TheDCNF that he didn’t know about Lane’s background, and asked him to stop attending events, according to the statement.

“I am proud to be the only candidate who has consistently spoken out against sexual abuse and harassment. Mr. Lane is not a volunteer with our campaign. He attends many events hosted by the City of Lewiston and local organizations, and I’m sure he’s on lists of local activists, but when we learned of his history we asked him not to attend any campaign events,” Chin responded. 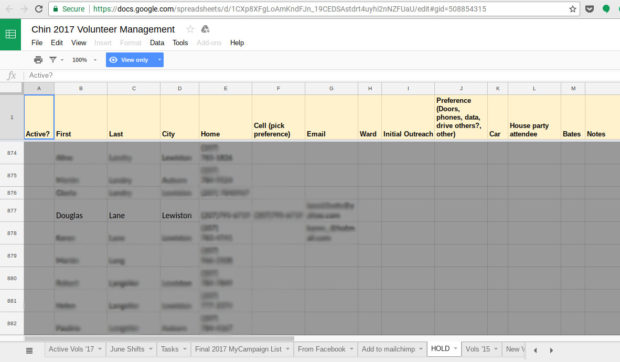 The listing for the Chin campaign clearly show Lane’s name after the May report (Photo: Screen shot)

The document was clearly created for the 2017 election and the listing includes Lane’s full contact information, including two entries for his phone number, and an email address.

Officials with the campaign blocked public access to the volunteer list shortly after receiving a request for comment from TheDNCF. Additionally, Lane’s phone number has been disconnected since the inquiry began. 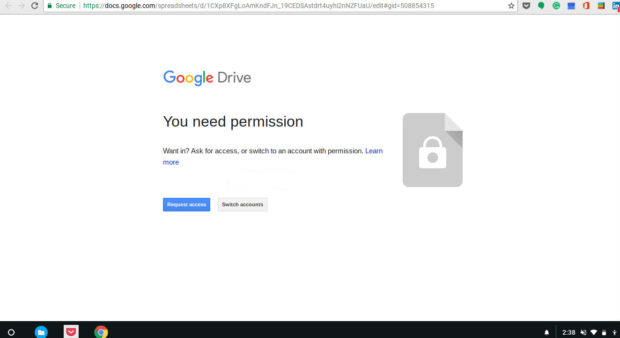 Chin commented on the recent nationwide sexual assault allegations by pledging to look for ways to support women who were harassed, according to a Facebook post on Nov. 20.

“While so many of the issues that affect communities like Lewiston are set by big, global forces, law enforcement is quite local,” Chin asserted in his post. “There have to be policies we can adopt locally to fill in the gaps in federal harassment/discrimination law. I’m certainly on the lookout for them right now, and if you stumble across any, please let me know!”

It’s possible the Maine’s People Alliance was unaware of Lane’s legal status due to the fact that state law doesn’t require sex offenders to identify himself with neighbors or coworkers. Since Lane’s conviction occurred before the state created its online database, his conviction information isn’t readily available online, according to a statement from Maine registry supervisor Greg Paquet to TheDCNF in May.

Chin ran for Mayor in 2015, and has since launched a bid to replace Republican Mayor Robert Macdonald. Chin is heading against Republican candidate City Councilor Shane Bouchard in a runoff election slated for December 12, 2017.