NBC’s “Sunday Night Football” ratings were down from last week’s near season high by 10 percent, according to Deadline.

The 31-28 victory by the Pittsburgh Steelers over the Green Bay Packers at Heinz Field last night might have been a nail-biter for the fans, but that apparently didn’t translate to a record-setting number of viewers. (RELATED: NFL Ratings Tank–Worst Viewership In Nearly Two Decades) 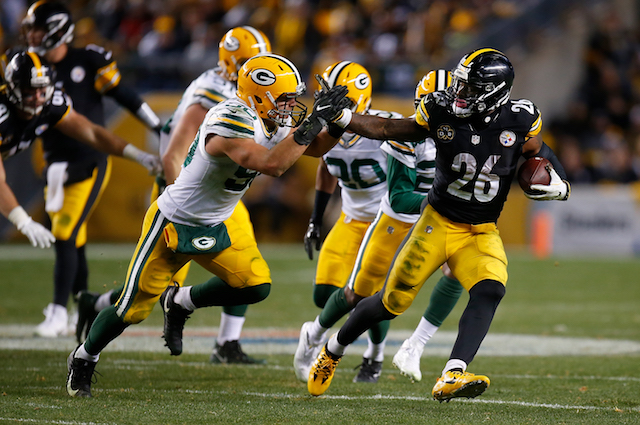 Le’Veon Bell #26 of the Pittsburgh Steelers carries the ball against Blake Martinez #50 of the Green Bay Packers in the second half during the game at Heinz Field on November 26, 2017 in Pittsburgh. (Photo by Justin K. Aller/Getty Images)

Last night’s Week 12 matchup scored a 12.2/20 in metered market results. That’s down from last week’s battle in Texas between the Dallas Cowboys and the Philadelphia Eagles.

In comparison, Sunday night’s game came in just 3 percent ahead of the week 12 matchup last year between the Kansas City Chiefs and the Denver Broncos. The AFC West overtime battle scored a 6.2/21 rating in the key demographic and had 18.44 million viewers.