The NFL has faced it’s fair share of criticism over the last few months.

The league has seen plummeting approval ratings and attendance at their games since dozens of players participated in national anthem protests this fall.

The league is now trying to win back fans who felt betrayed by some of their favorite players and teams during the anthem protests.

However, not a single NFL fan would be disappointed by Cleveland Browns fullback Dan Vitale’s behavior. The Illinois native never took a knee and holds a deep respect for America’s servicemembers and flag. Vitale regularly takes to social media to complement our country and America’s soldiers.

Wow. Absolutely honored by this gift from @BurdickFlags ! He has unbelievable support for all service men & women as well as 1st responders pic.twitter.com/oXbUZgF7Em

Thx @CKFFdn for letting me rep you! Get the new available tshirts on the site! “They fight for us, we fight for them”! pic.twitter.com/PI9fPJUNOh

This past weekend was “My Cause, My Cleats” week in the NFL.  This was a weekend where NFL players could promote causes on their cleats that they believed in. 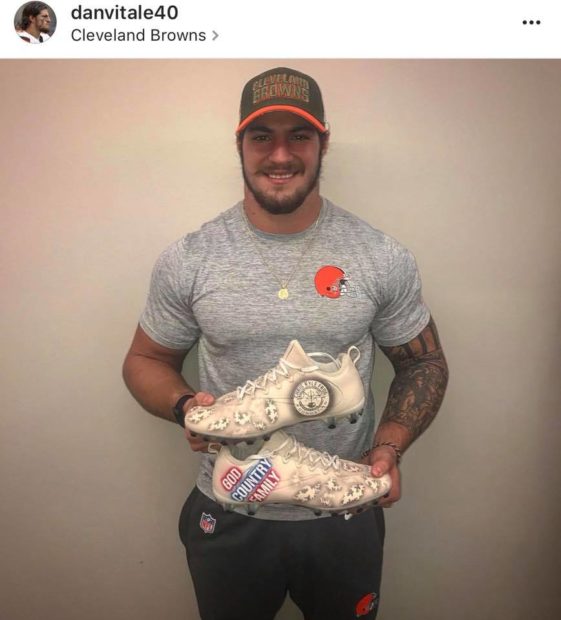 Chris Kyle was an American sniper who served in the War on Terror. He was made famous by Clint Eastwood’s movie “American Sniper” based on Kyle’s autobiography. Kyle lost his life tragically upon returning home when a deranged former soldier shot him during an outing at a firing range.  The foundation helps soldiers returning home from war to reconnect with their families and community. 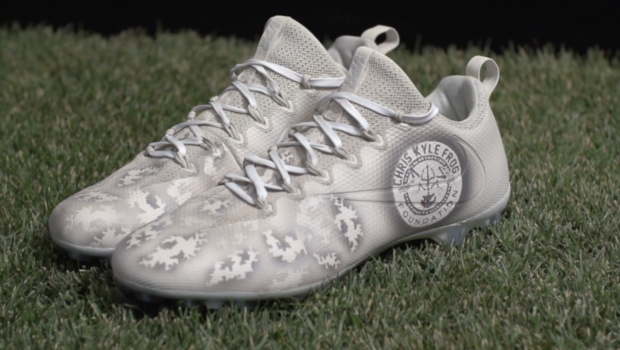 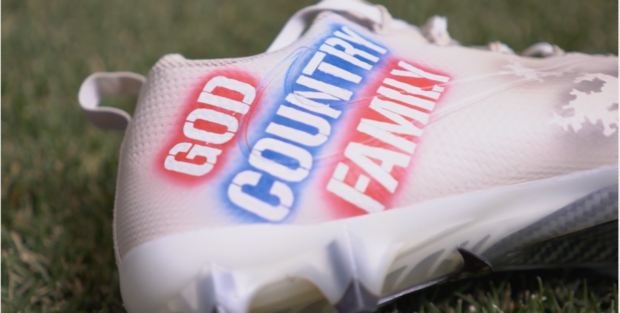 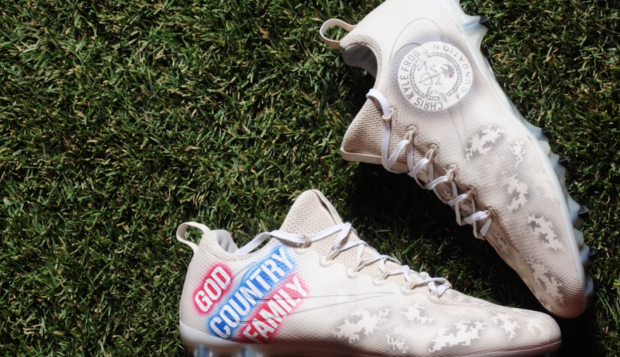 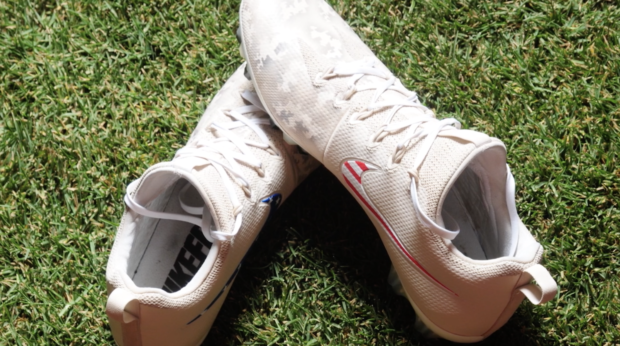 When asked what he will do with the cleats, Vitale went a step further in honoring Chris Kyle’s legacy by saying he will be giving them to the sniper’s widow, Taya Kyle, so that she could keep them as a memento or auction them off for a good cause. 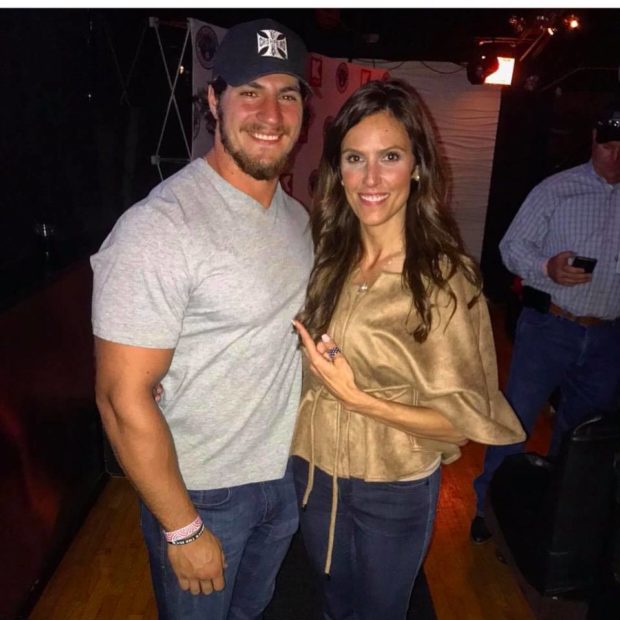 More players in the NFL should follow Vitale’s example.