The NFL ratings for “Thursday Night Football” dropped by five percent from one of the season’s highest numbers last week, according to Deadline Friday.

The showdown in Atlanta between NFC South rivals Falcons and the New Orleans Saints was a nail biter, but in the end the home team eked out a 20-17 victory over the Saints to score a 10.2 out of 18 in metered market results on NBC and the NFL network. (RELATED: NFL Popularity Plummets In New Poll, Especially Among Republicans) 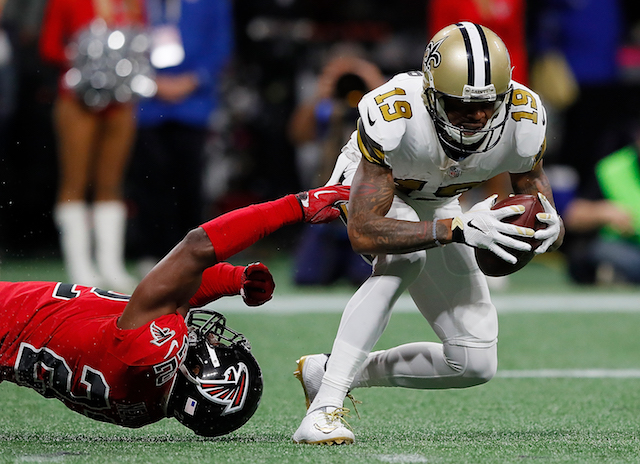 at Mercedes-Benz Stadium on December 7, 2017 in Atlanta, Georgia. (photo:Getty Images)

Despite that fact, last night’s game was down in the ratings over the previous week and down 12 percent from the game last year during the same time period.

As it stands right now in early numbers, last night’s NFC battle scored a 2.9 out of 11 in metered market scores among ages 18-49 with 10.49 million viewers.

In comparison, last Thursday night’s victory of the Dallas Cowboys over the Washington Redskins ended up scoring a 4.7 out of 17 in metered market scores in the key demographic with a season high in viewership of 15.6 million people.

Despite those impressive numbers, it’s clear that the national anthem protests have hurt the league and the networks when compared with last year’s game on December 8, 2016. That game earned a 5.6 out of 20 in metered market scores rating among ages 18-49 with an audience of 17.39 million people watching.