A Fox News poll released Thursday shows the NFL’s popularity has plummeted 18 percent since 2013, with the biggest drop in favorability among Republicans.

The survey found that 46 percent of the viewers had a positive opinion of the NFL while 41 percent viewed the league negatively. In comparison, just four years earlier, 64 percent of the people had a positive view while 19 percent had an unfavorable one. (RELATED: NFL Ratings Tank–Worst Viewership In Nearly Two Decades) 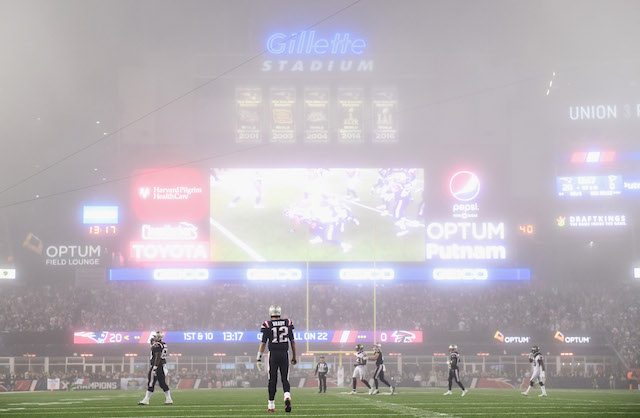 FOXBORO, MA – OCTOBER 22: Tom Brady #12 of the New England Patriots looks on as fog falls on the field during the fourth quarter of a game against the Atlanta Falcons at Gillette Stadium on October 22, 2017 in Foxboro, Massachusetts. (Photo by Billie Weiss/Getty Images)

Additionally, results show that the group of people who have soured the most on the league were Republicans.

The poll found that Republicans favorability had dropped by 37 percent, independents by 14 percent and Democrats by 6 percent.

“If the NFL were a political candidate, alarm bells would be going off in campaign headquarters,” Democratic pollster Chris Anderson — who conducted the Fox News poll with Republican pollster Daron Shaw — explained.