Former “The Apprentice” star Omarosa Manigault Newman is leaving the White House at the beginning of the new year.

White House press secretary Sarah Sanders said in a statement Wednesday that Manigault Newman resigned Tuesday and that her departure won’t be effective until Jan. 20, 2018.

Manigault Newman joined the White House as the director of communications for the White House Office of Public Liaison. She received $179,000 annually for the job, however, it is unclear what exactly she did. 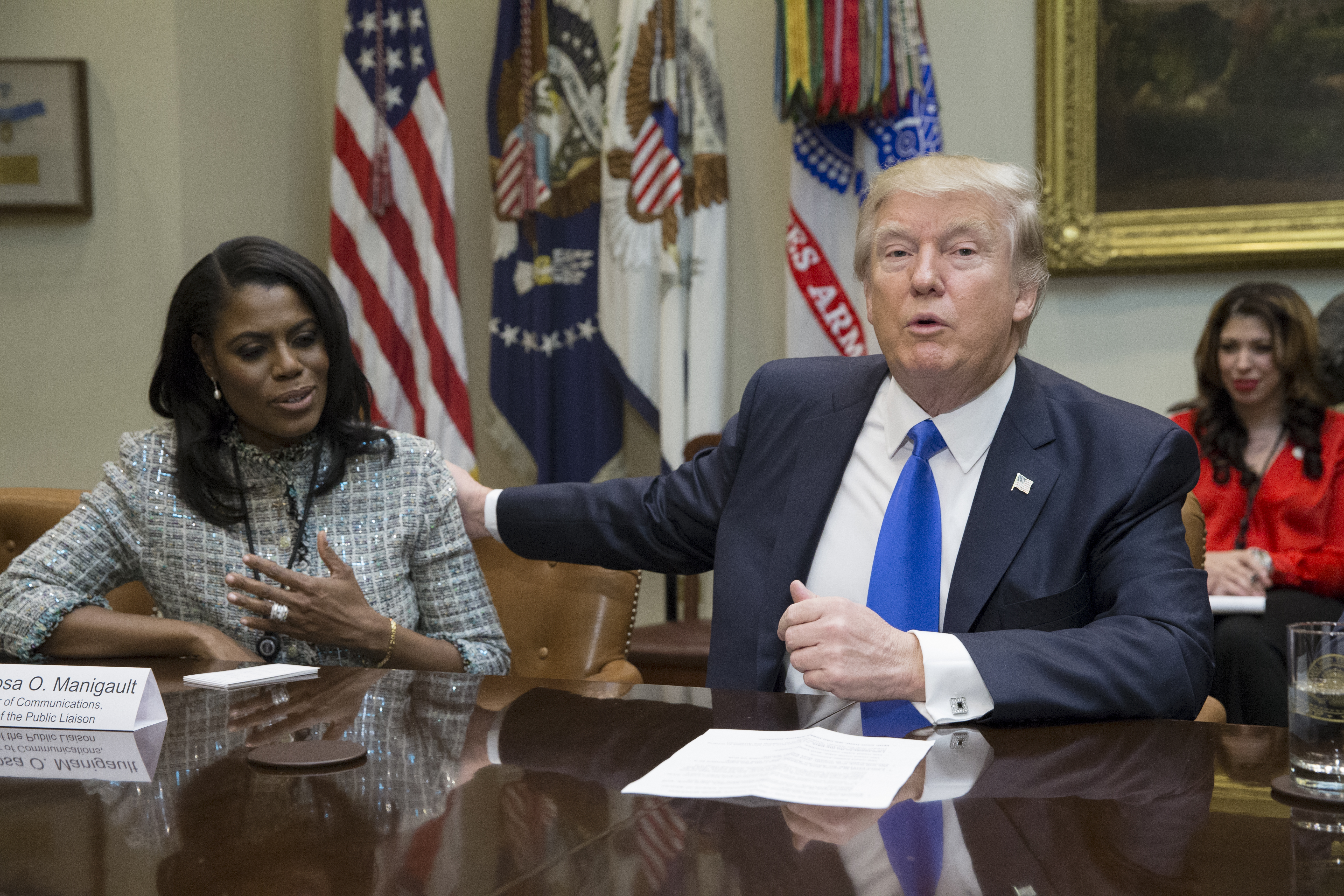 President Donald Trump holds an African American History Month listening session attended by Director of Communications for the Office of Public Liaison Omarosa Manigault and other officials in the Roosevelt Room of the White House on Feb. 1, 2017 in Washington, D.C. (Photo by Michael Reynolds – Pool/Getty Images)

She was previously criticized for having a 39-person photo shoot in the Rose Garden. Manigault Newman, a prominent black supporter of Trump’s, also caught flack for referring to her self as “the Honorable” in a letter to black congressmen.