The GOP tax reform bill is the most talked-about thing in the country right now. When NBC asked White House press secretary Sarah Sanders about its effects Thursday, Sanders pointed to the huge bonuses many at NBC will be receiving because of the bill.

Multiple corporations announced a mix of thousand-dollar bonuses, pay increases and heavy sums of charitable giving in response to the tax cuts.

One of those corporations was Comcast-NBCUniversal.

Sarah Sanders  made use of the fact that journalists are getting a pay raise under this tax cut, in part because there was so much misinformation about the tax cut in media. CNN’s Brian Stelter tweeted the report with this comment last night: 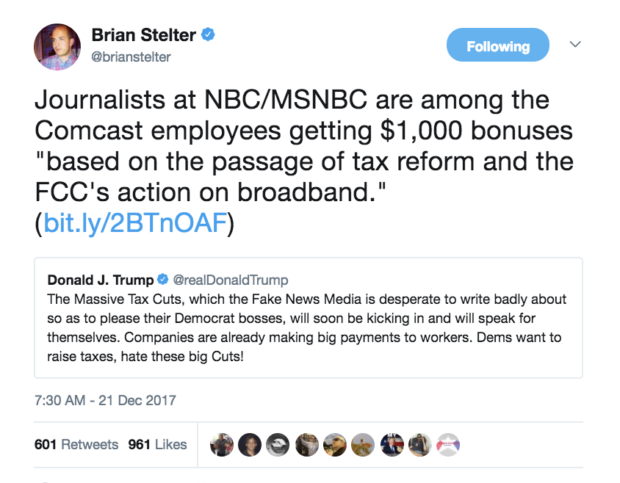 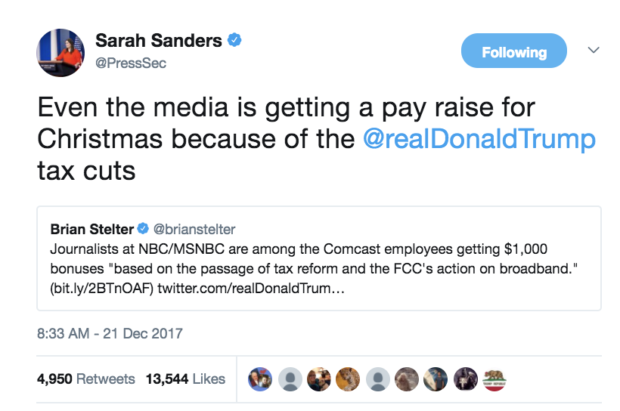 NBC White House reporter Kristen Welker asked Sarah Sanders about the tax bill Thursday and how it will help average Americans. Sanders replied: “Hopefully you’re one of the NBC reporters that’s getting one of those bonuses.” 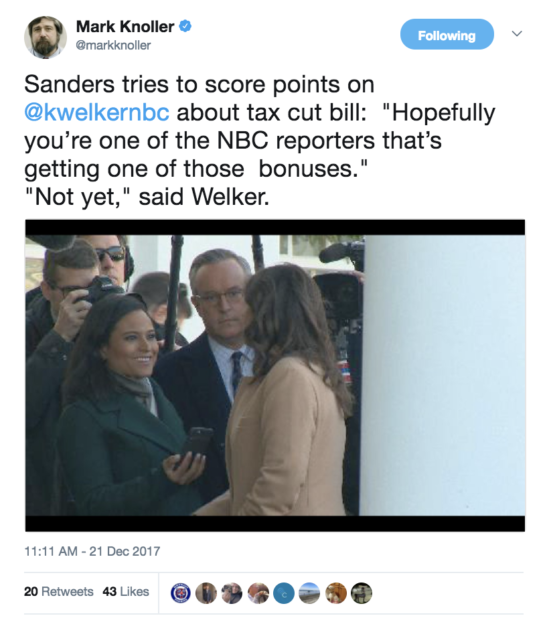