Bono finds new music “very girly” and predicts a return to “rock and roll” will happen as a result.

“The band is always listening to music, and I have got my kids. Jordan is a music snob, an indie snob,” the 57-year-old singer shared with Rolling Stone magazine Wednesday about finding new music. “Eve is hip-hop. Elijah is in a band, and he has got very strong feelings about music, but he doesn’t make any distinction between, let’s say, the Who and the Killers. Or, you know, Nirvana and Royal Blood.” (RELATED: Bono: Donald Trump Is Trying To Hijack America) 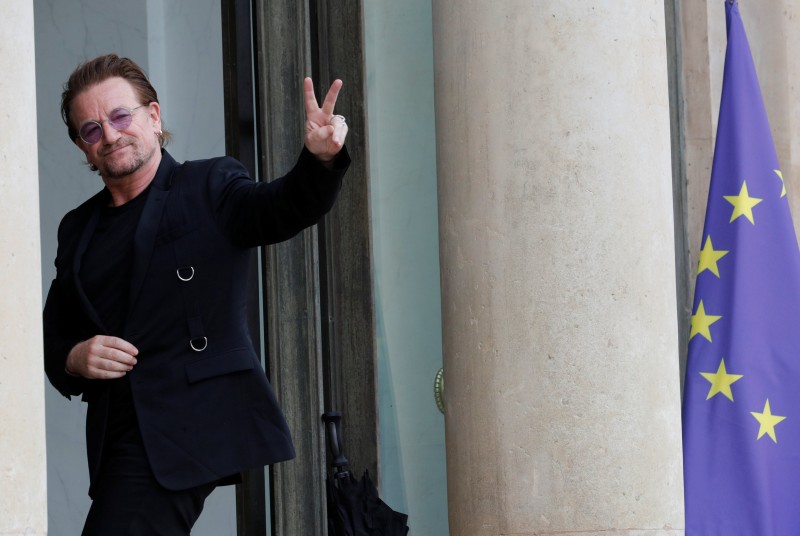 Singer Bono of Irish band U2 and co-founder of ONE organization waves as he arrives at the Elysee Palace in Paris, France, July 24, 2017. REUTERS/Philippe Wojazer

“It is not generational for him,” he added. “It is the sound and what he is experiencing. He believes that a rock & roll revolution is around the corner.”

“I think music has gotten very girly,” he continued. “And there are some good things about that, but hip-hop is the only place for young male anger at the moment–and that’s not good. When I was 16, I had a lot of anger in me. You need to find a place for it and for guitars, whether it is with a drum machine–I don’t care.”

“The moment something becomes preserved, it is fucking over,” Bono explained. “You might as well put it in formaldehyde. In the end, what is rock & roll? Rage is at the heart of it. Some great rock & roll tends to have that, which is why the Who were such a great band. Or Pearl Jam. Eddie has that rage.”

He added that rock will make a comeback.

“It will return,” Bono said agreeing with his son, Elijah. “His angle was, if the rock & roll revolution isn’t happening, we are going to start it.”

In response to the piece, a music correspondent for The Independent on Thursday wrote an article titled “Bono, stop pining for the good old days of masculine music–they never existed,” and noted that the singer was named one of Glamour’s “Women of the Year” in 2016.