This is the fifth article in the “American Cartel” series about the billionaire Sackler family, Purdue Pharma and the opioid epidemic. Read the first, second, third and fourth.

NEW YORK — World-renowned museums and other organizations ejected reporters from their premises and barred them from interviews to avoid discussing the massive donations the institutions reaped from a billionaire-family that built its fortune off the opioid epidemic.

Iconic New York tourist attractions such as Central Park, the Metropolitan Museum of Art and the Metropolitan Opera received millions of dollars from the Sackler family, that became one of America’s richest families through their role in starting the opioid epidemic. Many of those beneficiaries have wings named after the Sacklers or honor the family with multiple plaques.

However, the organizations’ representatives became hostile when reporters asked about the Sacklers’ donations.

“Let me show you the door,” a Dia Art Foundation associate curator told a Daily Caller News Foundation reporter. She didn’t give TheDCNF her name, but she put her hand on the reporter’s back and gently nudged him toward the exit.

Dia received $20 million from the Sacklers in recent years and one family member sits on the board of trustees. The art foundation houses the Sackler Institute, that bankrolls contemporary poetry readings, education programs and a lecture series where artists reflect on other artists’ works.

New York artist Lucy Raven presented at one such lecture in December, where she screened the artsy 1969 short film “Hardcore.” Afterward, she showed her response, that included a series of images displayed on a projector screen while Deantoni Parks played experimental music on a three-piece drum set and a small synthesizer.

The unnamed associate curator gave two DCNF reporters free entry to the event after presenting press credentials. One DCNF reporter asked her to discuss the lecture’s funding and its ties to the opioid epidemic after Raven’s presentation concluded, but the associate curator refused to comment and abruptly walked away.

Raven similarly refused to provide the second DCNF reporter with an interview, even after being told that opioid profiteers were connected to the presentation she just concluded.

Chris Calhoun, an audience member, eagerly agreed to an interview and initially praised Dia, but quickly became quiet after being asked about his opinion of opioid money funding the art foundation.

The line of questioning clearly discomforted Calhoun, who pursed his lips, narrowed his eyes, and knitted his brow as the reporter spoke. His demeanor suggested he was upset that Dia was facing criticism rather than that the opioid epidemic had, at least partially, funded the art foundation.

Calhoun refused to voice an opinion and quickly ended the interview before approaching the unnamed associate curator, who subsequently confronted the second DCNF reporter.

A Dia employee did not return December emails asking about the Sacklers’ donations. Similarly, the art foundation did not respond to numerous emails and phone calls from a DCNF reporter in the fall.

The Central Park Conservancy – the nonprofit that manages New York’s famed park – was similarly abrasive and barred DCNF reporters from entering the organization’s office. One staff member hung up on TheDCNF after previously ignoring numerous emails and voicemails.

The Sacklers donated $1 million of their opioid fortune to the conservancy in recent years. The money was used, at least in part, to fund children’s guidebooks that encourage kids to take part in activities such as drawing plants and animals they see throughout the park. 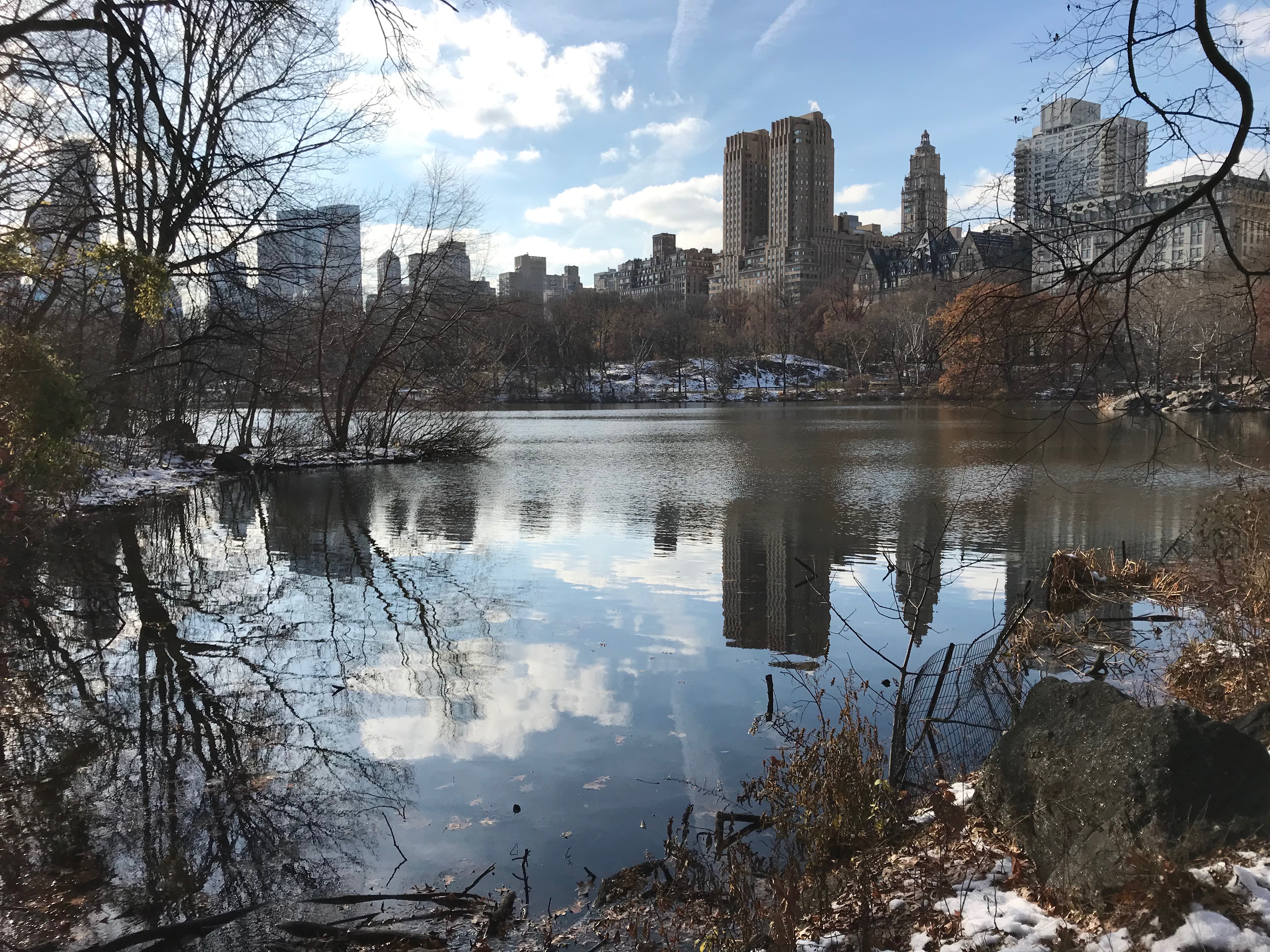 The conservancy ignored multiple DCNF emails in the fall before spokeswoman Andrea Bussell said it was the nonprofit’s policy to not comment on donors. She ignored follow-up emails detailing how a forthcoming story would categorize the conservancy as indifferent to the Sacklers’ revenue source.

DCNF reporters were refused entry to the conservancy’s New York office and were instead told to call and request an interview. One voicemail was ignored, but a second, which informed the conservancy that a forthcoming article would show the nonprofit barred reporters from an interview with a development officer, was returned.

Bussell again repeatedly insisted the conservancy would not comment on its donors, even after a DCNF reporter asked if she thought the Sacklers were worth an exception since the family’s fortune was linked to the nearly 200,000 people who have overdosed on prescription painkillers since 2000.

Bussell ultimately hung up on the reporter mid-sentence.

A Metropolitan Museum of Art employee also refused to admit TheDCNF into the administrative offices. Instead, reporters had to speak to the unnamed employee over a landline phone at the museum’s understaffed information booth in the lobby while surrounded by noisy visitors.

The employee refused to comment on the Sacklers’ donations, and, like the Central Park Conservancy, was unmoved by the family’s connection to nearly 200,000 overdose deaths. 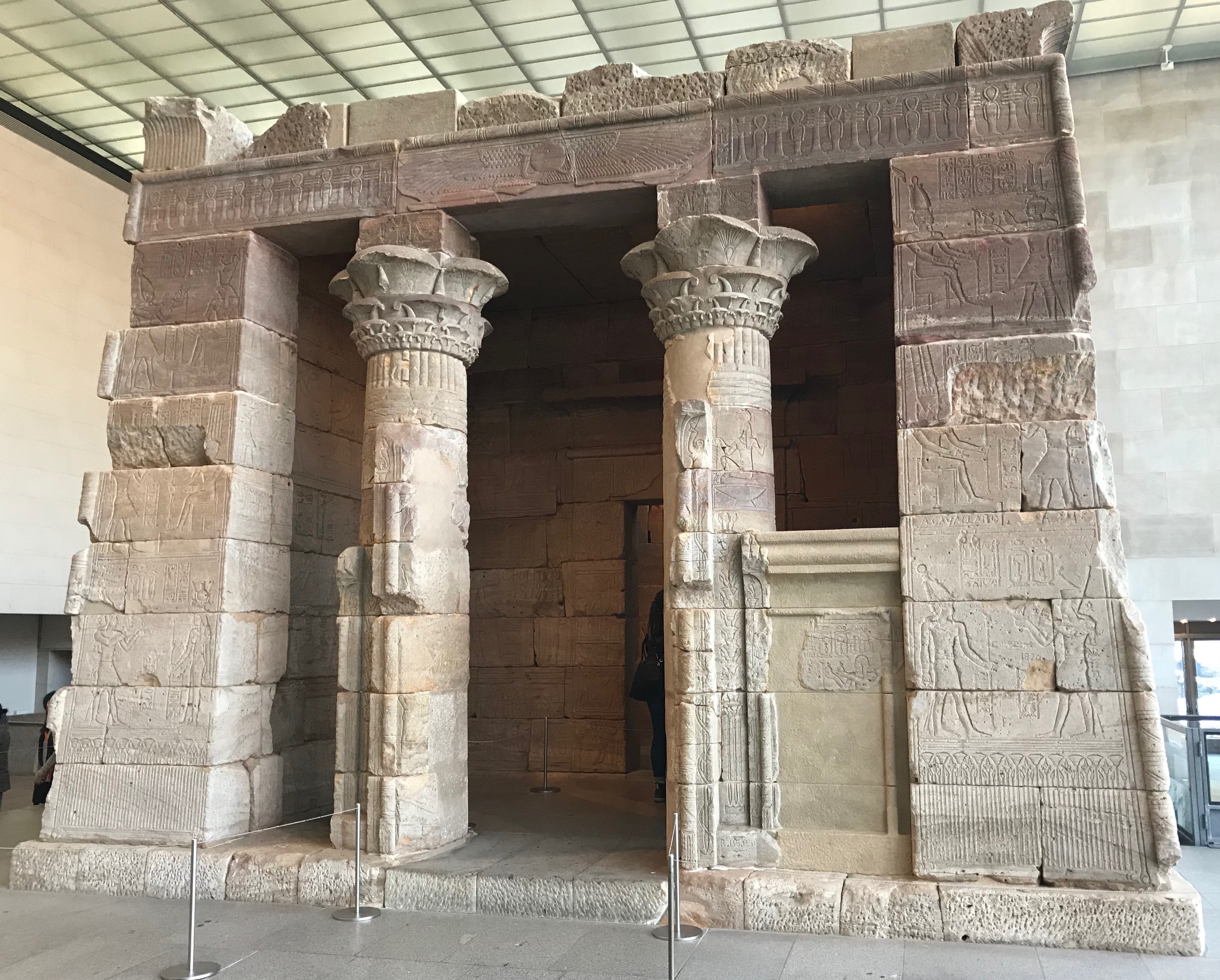 The Temple of Dendur is housed in the Sackler Wing at the Metropolitan Museum of Art in New York City. (DCNF/Ethan Barton)

Additionally, she scolded TheDCNF for interviewing The Met’s visitors instead of responding to shocked tourists who wanted to hear the museum’s defense for taking the Sacklers’ donations and housing a wing named after opioid profiteers.

“You needed authorization to interview visitors,” the employee told TheDCNF. “You should have gone through the press office to get authorization.”

TheDCNF could not find anything on The Met’s website requiring the press to obtain authorization before interviewing visitors.

A security guard refused to grant DCNF reporters access to the Metropolitan Opera’s administrators for interviews. The opera also ignored numerous emails and phone calls. The opera received more than $233,000 from the Sacklers in recent years and honors the family name with several plaques throughout the opera house.

A Guggenheim Museum employee whose office was in the Sackler Education Center for the Arts refused to discuss the organization’s opioid funding with DCNF reporters and told them to talk with Tina Vaz, a spokeswoman located at a remote location.

The Sacklers gave the Guggenheim $300,000 in recent years, and the family name can be found on several plaques and beside numerous doorways.

Vaz refused to comment on the opioid funding and did not respond when a reporter asked to make an exception given the serious nature of the funding. Another spokeswoman, Sarah Eaton, previously declined to comment as well.

No one from the administrative staff that runs the Brooklyn Museum’s Elizabeth A. Sackler Center for Feminist Art was available when TheDCNF visited. None of the three employees TheDCNF contacted returned requests for comment. A spokeswoman previously stopped returning emails from TheDCNF after a reporter shared that the nature of a forthcoming story regarded the museum’s opioid-related funding. 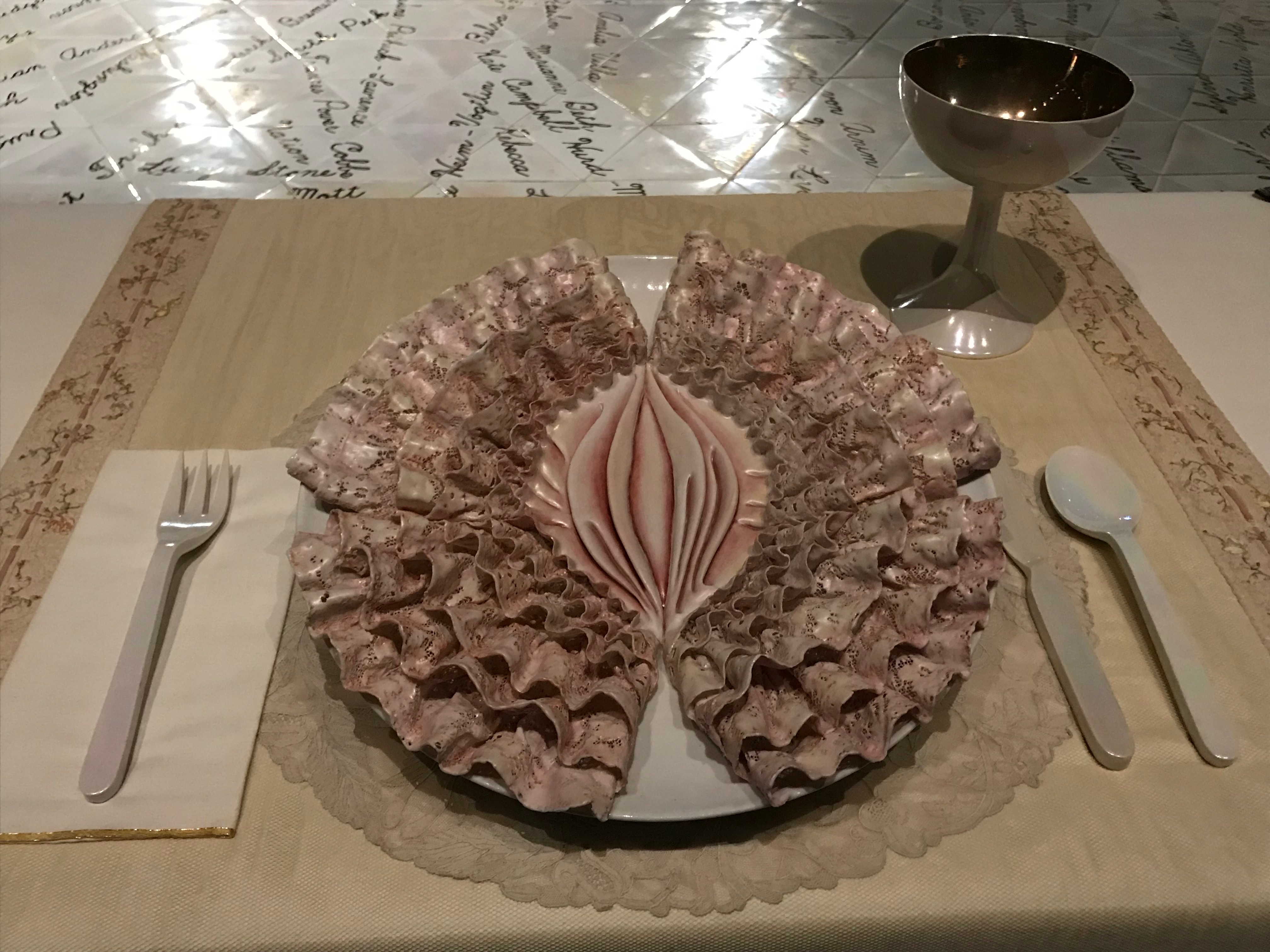 A place setting at The Dinner Party exhibit at the Elizabeth A. Sackler Center for Feminist Art at the Brooklyn Museum in New York City. (DCNF/Ethan Barton)

The Sacklers are the private owners of Purdue Pharma, the drug manufacturer that created OxyContin and is widely blamed for playing a critical role in starting the opioid epidemic. The company and three of its top executives pleaded guilty to deceiving doctors about the painkiller’s addictiveness during a highly aggressive marketing campaign.

Purdue led an effort that encouraged doctors to prescribe painkillers to non-terminal patients in the 1990s. The company produced propaganda that taught the medical community about opioid painkillers and downplayed the risk for abuse. Critics say the emphasis Purdue put on treating pain through opioids primed the system that eventually devolved into the current epidemic of addiction.

OxyContin sales raked in $35 billion between 1995 and 2015, according to Forbes. The drug sales helped bring the Sacklers’ net worth to $13 billion, making them one of America’s richest families.

The Sacklers have never publicly donated to an addiction rehabilitation center, a previous DCNF investigation revealed. The family – known better for their philanthropy than for owning Purdue – has shelled out massive contributions to the arts, humanities and sciences.

TheDCNF previously contacted the Sacklers’ 44 biggest beneficiaries. Only six provided comment, all of which defended the opioid profiteers. All the organizations named in this story repeatedly refused to discuss the Sacklers or their donations.

This is the fifth article in the “American Cartel” series about the billionaire Sackler family, Purdue Pharma and the opioid epidemic. Read the first, second, third and fourth.