Bob Dole was honored at the US Capitol today, and he sent the NFL a message.

The World War II veteran, Senator and former presidential candidate received the Congressional Gold Medal in a ceremony that included Republican and Democrat leadership, the President and the Vice President.

The former Kansas Senator was honored for being particularly instrumental in the commissioning of the World War II Veterans Memorial. 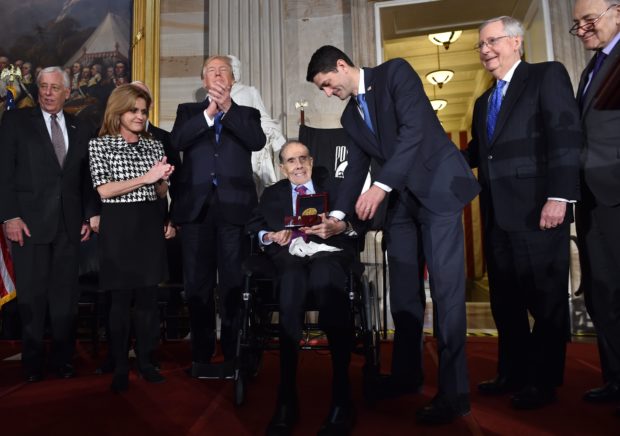 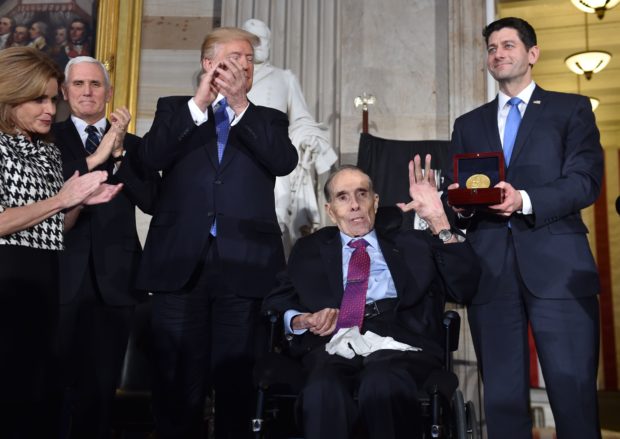 Dole, who is 94 years old, can no longer walk and remained in his wheelchair for the majority of the ceremony. However, when the color guard walked in carrying the American flag and the flags of the Armed Forces, Dole can be seen on camera waving for an aide. A young man jumped up and helped pull Dole upright, so that he could be standing during the honoring of the American flag.

In an America where standing for the national anthem is a controversial act, Bob Dole should be an example to us all.