The government might be shut down Saturday morning, but that did not stop Interior Secretary Ryan Zinke from doing his job.

Early in the morning, Zinke could be found cleaning up trash on the National Mall and welcoming tours of schoolchildren to the World War II memorial with a smile.

“We’re not putting up barricades,” Zinke told The Daily Caller in an interview. “Absolutely not. We’re passing out brochures until we run out of brochures. I’ll be out here everyday.”

Zinke, and much of the federal government, has had the vast majority of staff furloughed due to the government shutdown.

The shutdown happened on Friday when Democrats refused to vote for a GOP budget bill that kept the government funded. A shutdown means all “non-essential” government workers get furloughed and the rest go without pay until Congress can pass a funding bill.

The last government shutdown was in 2013 under the Obama administration. For that shutdown, the Department of Interior made the controversial decision to close public parks, monuments and battlefields. The decision led to some comical and ultimately sad stories of children having their D.C. school trips canceled and veterans not being able to visit monuments built in their honor.

However, if you were looking for similar headlines under the Trump administration, keep looking.

In the first hours of the government shutdown Secretary Zinke was making plans for how to keep America’s public parks open. In the early hours of Saturday morning, Zinke met with public affairs and maintenance staff to run through a plan to keep memorials on the National Mall open. He then spoke with garbagemen who will be picking up trash on the Mall one last time before the city of D.C. takes over for them. 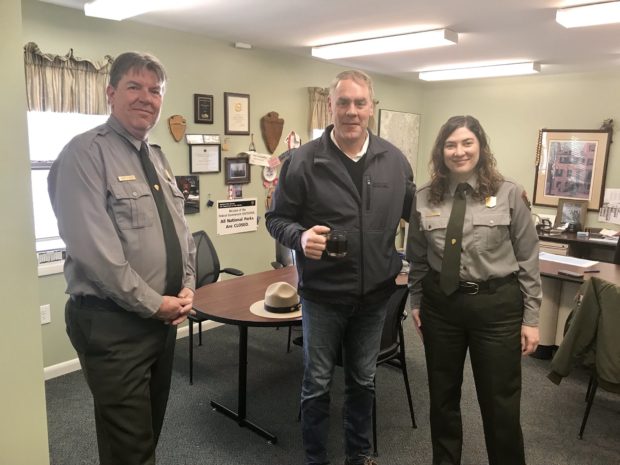 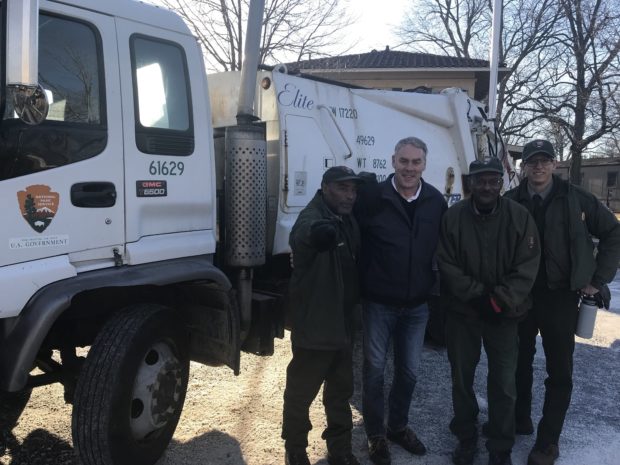 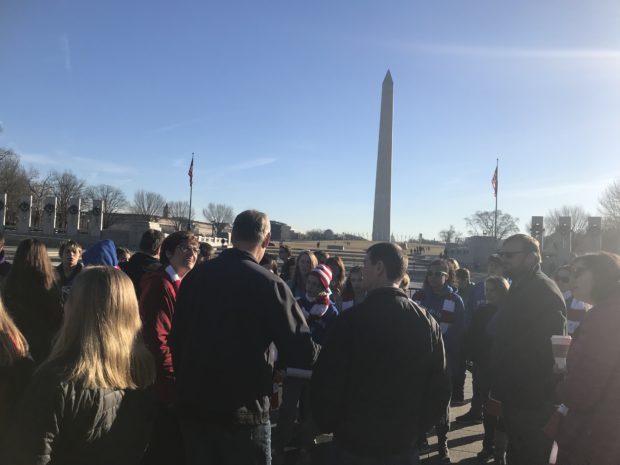 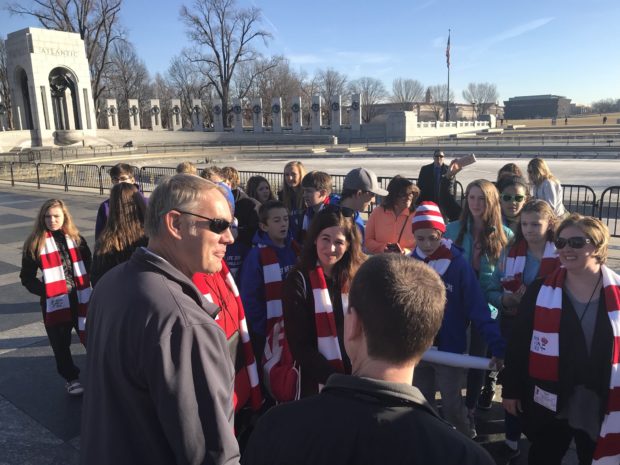 Zinke then got into his car and drove to the WWII memorial to greet visitors and hand out maps and helped with directions. “I spent the morning walking around, giving brochures out,” Zinke said. “I got a lot of thanks from both sides of the aisle. We will not weaponize our public lands.”

“The visitor experience will be diminished,” Zinke admitted, noting that some museums and public service will take a hit during the shutdown. “But to the degree possible, we will keep our public lands open. They should not be used as a political weapon.”

Zinke said public parks, monuments and the battlefields “belong to the people and not the government,” and noted that people will see a “significant difference” between the Trump administration and Obama’s in the way public lands are managed during a shutdown.

Heather Swift, the official spokesperson for Interior, said in a press release:

National Parks and other public lands will remain as accessible as possible while still following all applicable laws and procedures. The American public and especially our veterans who come to our nation’s capital are finding  war memorials and open air parks open to the public.

We are prioritizing access to the most accessible and most iconic areas of parks and public lands. Each park, monument, recreation area, etc will have different plans in place.

Former Interior Department officials have warned that the move to keep the parks open may endanger visitors. Zinke brushed off the criticism, noting that law enforcement will be present in all open parks.

From a political perspective, Zinke believes Democrats shutting down the government was a “political miscalculation.”

“It’s frustrating because were a better country than this,” Zinke said. “The government should always fund out military and public lands. The Schumer shutdown proves Democrats are willing to risk our security over an unrelated issue to public safety.”

There are many differences between this shutdown and the shutdown of 2013.

The way the Interior Department uses public land as a political weapon may be the starkest.