Apparently Eminem is still trying to get Donald Trump’s attention.

The 45-year-old rapper has been bad-mouthing Trump for months and it’s long since gone past the point of becoming a pathetic cry for attention. Eminem made his latest comments in an interview with Billboard magazine published on Thursday in which he bashed the president for his “divisive” language and admitted that he doesn’t care if he lost any Trump-supporting fans.

“I know I say a lot of f**ked-up sh*t,” Eminem said, unprompted during the interview. “But a lot of shit is said in jest, it’s tongue-in-cheek, and it has always been that way through my whole career — saying shit to get a reaction out of people. It’s my artistic license to express myself. Last time I checked, Trump isn’t an artist and doesn’t have an artistic license. I’m not the f**kin’ president.” 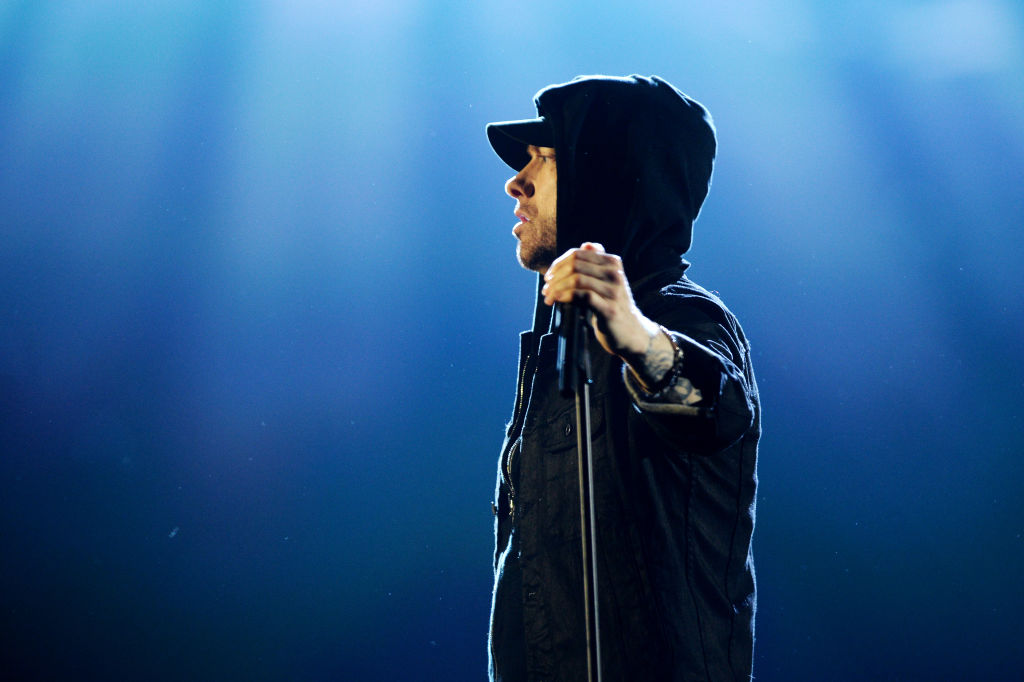 Eminem claims he knew Trump would win the 2016 presidential election from watching the “fanatics” at his rallies, but the rapper believes Trump fooled them all. (RELATED: Eminem Slips Into Insanity As Trump Continues To Ignore His Rants)

“I called it just from the rallies he was having when he first started running. Because just watching the impact he has, they were fanatics. There is something to be said about the person who really felt like he might do something for them — and he just fucking duped everybody,” the rapper told Billboard.

“I know that Hillary [Clinton] had her flaws, but you know what? Anything would have been better [than Trump]. A f**king turd would have been better as a president,” he continued. “He made these people feel like he was really going to do something for them. It’s just so f**king disgusting how divisive his language is, the rhetoric.”

Without realizing the glaring hypocrisy of that statement, the rapper went on to admit that he doesn’t care if his most recent album alienated his fans and said that his opinion of Trump was too strong to hold back.

“I knew it would get a reaction, obviously; that’s what I rap to do. But where I was coming from in that cypher was a genuine place in my heart. I [hesitate] to say [I have] hatred in my heart for him, but it’s serious contempt. I do not like the guy.”