According to Deadline, the championship game saw the underdog Philadelphia Eagles beat the New England Patriots, 41-33. However, that matchup didn’t equal a win for NBC or the National Football League. According to Nielsen, the NFL scored a 47.4/70 in metered market results. (RELATED: NFL Ratings Tank–Worst Viewership In Nearly Two Decades) 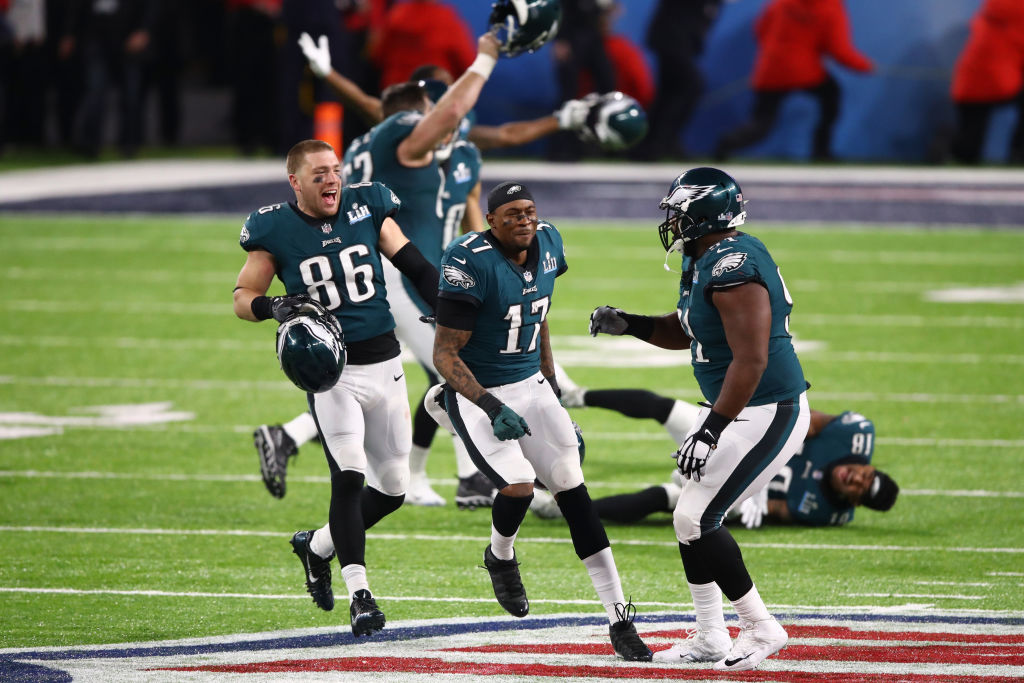 In a season where the ratings were down by nearly 10 percent overall from the previous year, the Super Bowl continued the same trend making it the lowest rated Super Bowl since 2010. That game earned a 46.4 rating in metered market results, scoring 106.4 million viewers with a 38.6 rating among adults ages 18-49.

Not only did the game suffer in the ratings department, but had only 103.4 million people watching, making it the least watched Super Bowl since 2009, when the Pittsburgh Steelers beat the Arizona Cardinals 27-23. That game had 98.7 million viewers.

In comparison, New England’s 34-28 victory over the Atlanta Falcons last year saw 111.3 million people watching on Fox and a 37.1 rating in the key demographic.

Update: This story has been updated to reflect how many people watched the game Sunday night.

1
Trump Announces Creation Of New National Monument –– Here's What It Is
US
2
BREAKING: Kimberly Guilfoyle Tests Positive For Coronavirus
Politics
3
It's A Good Time To Revisit Frederick Douglass’s Famous Independence Day Speech
US
4
19 Names The Redskins Could Adopt Just To Piss Off The Woke Mob
Sports
5
Protesters Slash Tires, Block Roads At Mount Rushmore Ahead Of Trump's Fourth Of July Event
US