CNN sparked a backlash on Saturday after running an article fawning over the sister of North Korean dictator Kim Jong Un.

CNN featured the article, titled, “Kim Jong Un’s sister is stealing the show at the Winter Olympics,” prominently on their front page and dubbed Kim Yo Jong — a high-ranking official in the murderous regime — “North Korea’s Ivanka Trump.”

“If ‘diplomatic dance’ were an event at the Winter Olympics, Kim Jong Un’s younger sister would be favored to win gold,” the article read. “With a smile, a handshake and a warm message in South Korea’s presidential guest book, Kim Yo Jong has struck a chord with the public just one day into the PyeongChang Games.”

The article provoked a fierce and immediate backlash online. 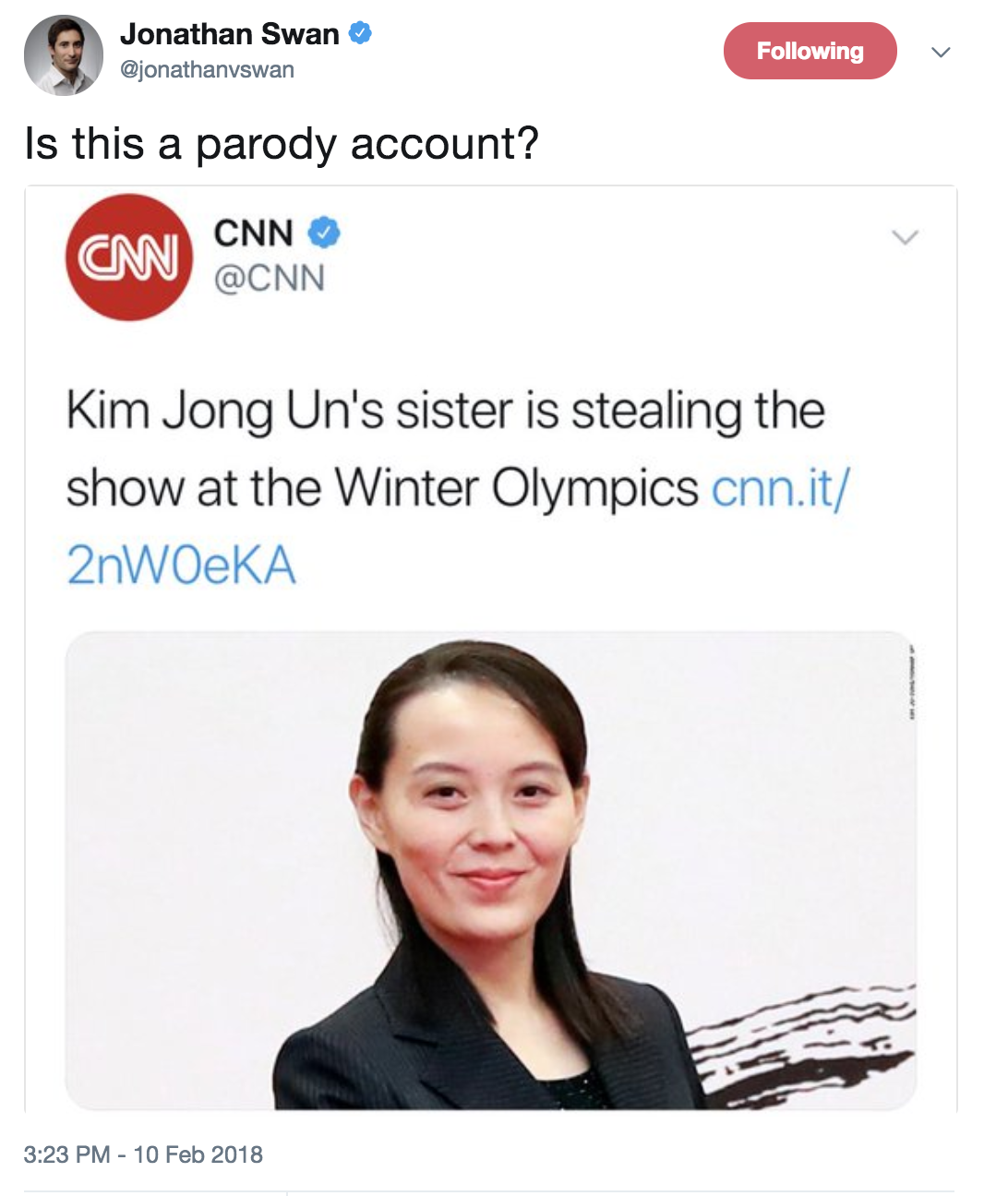 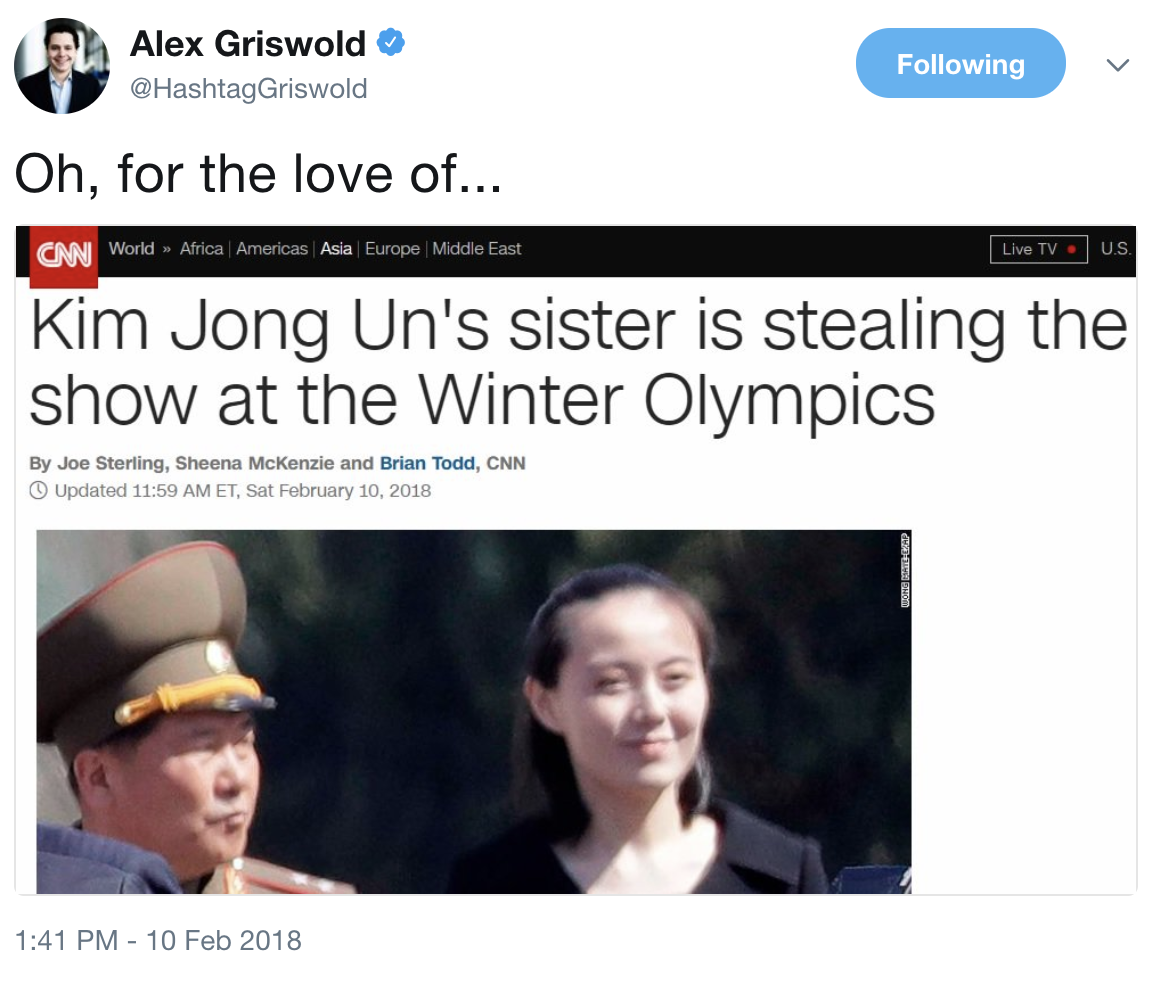 “Oh, for the love of…” Screenshot/Twitter 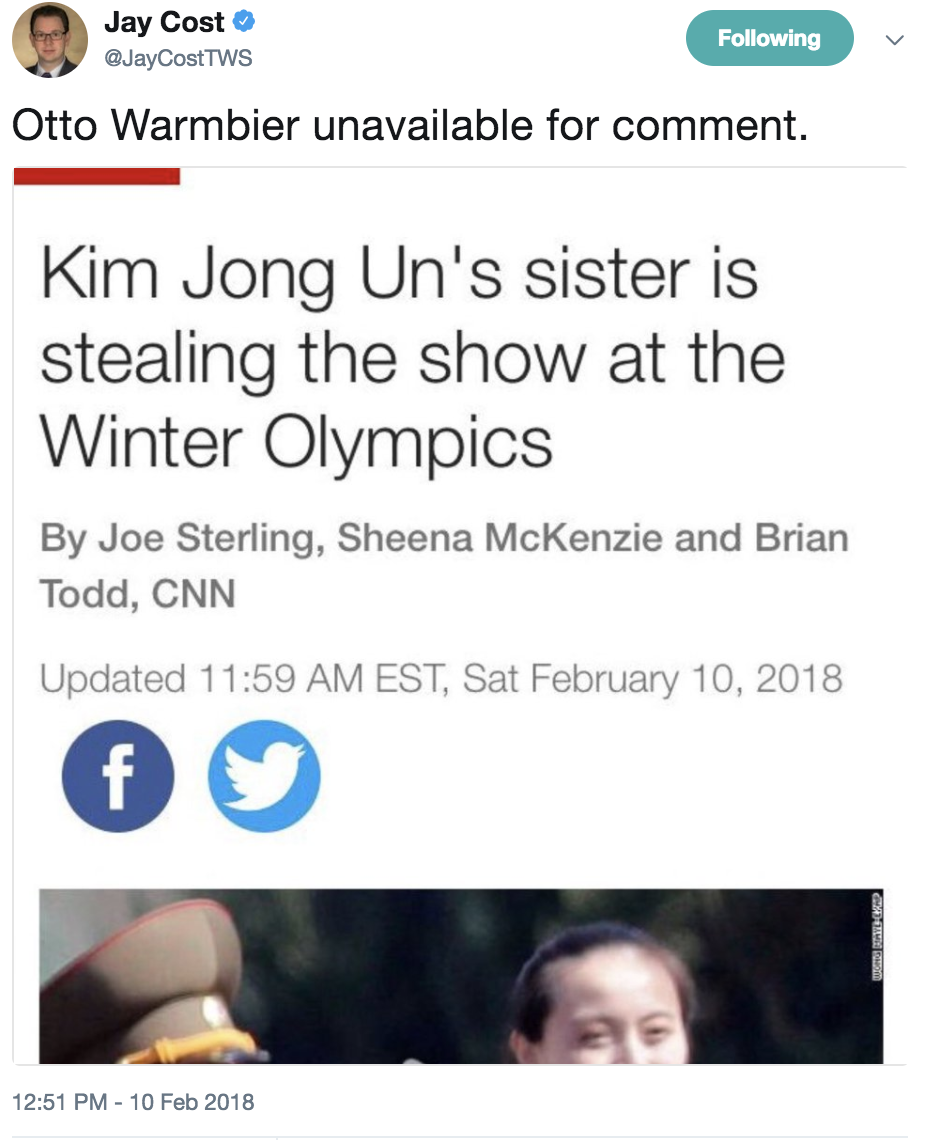 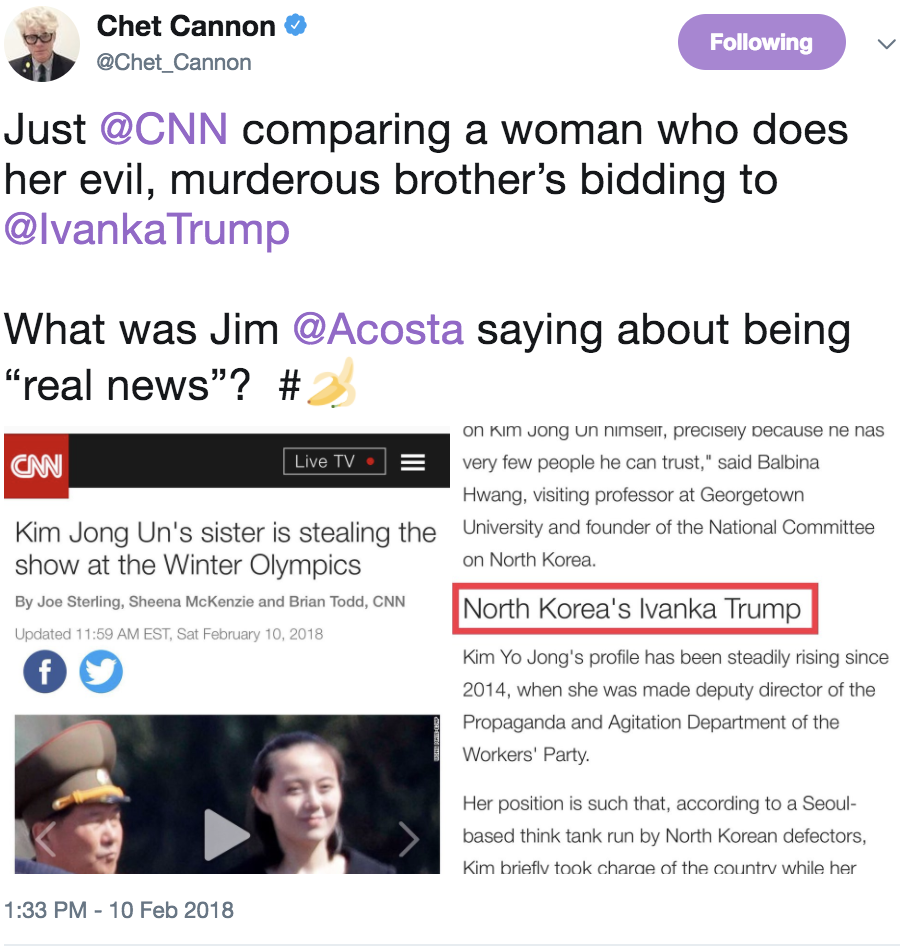 “Just @CNN comparing a woman who does her evil, murderous brothers bidding to @Ivanka Trump” Screenshot/Twitter 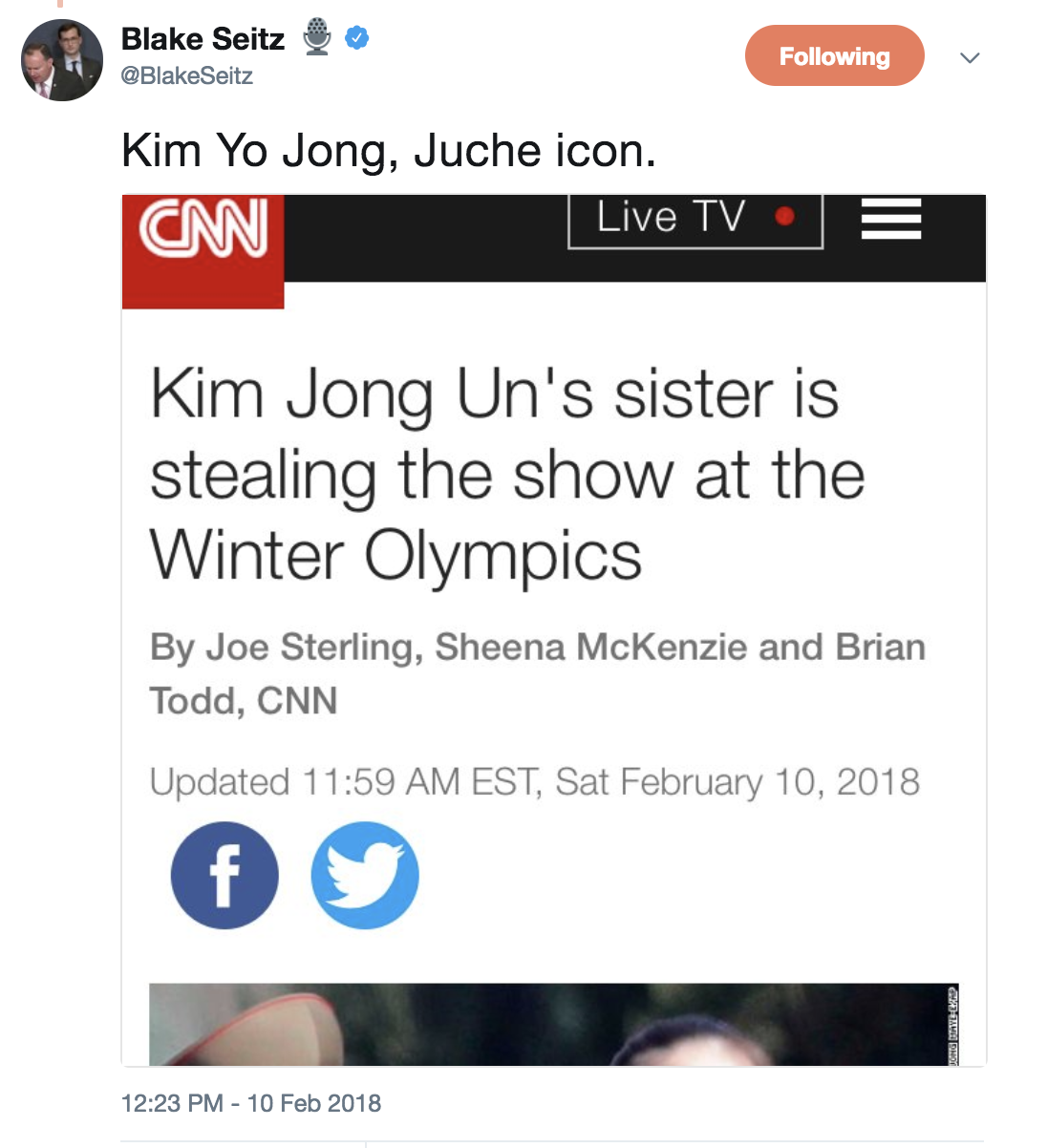 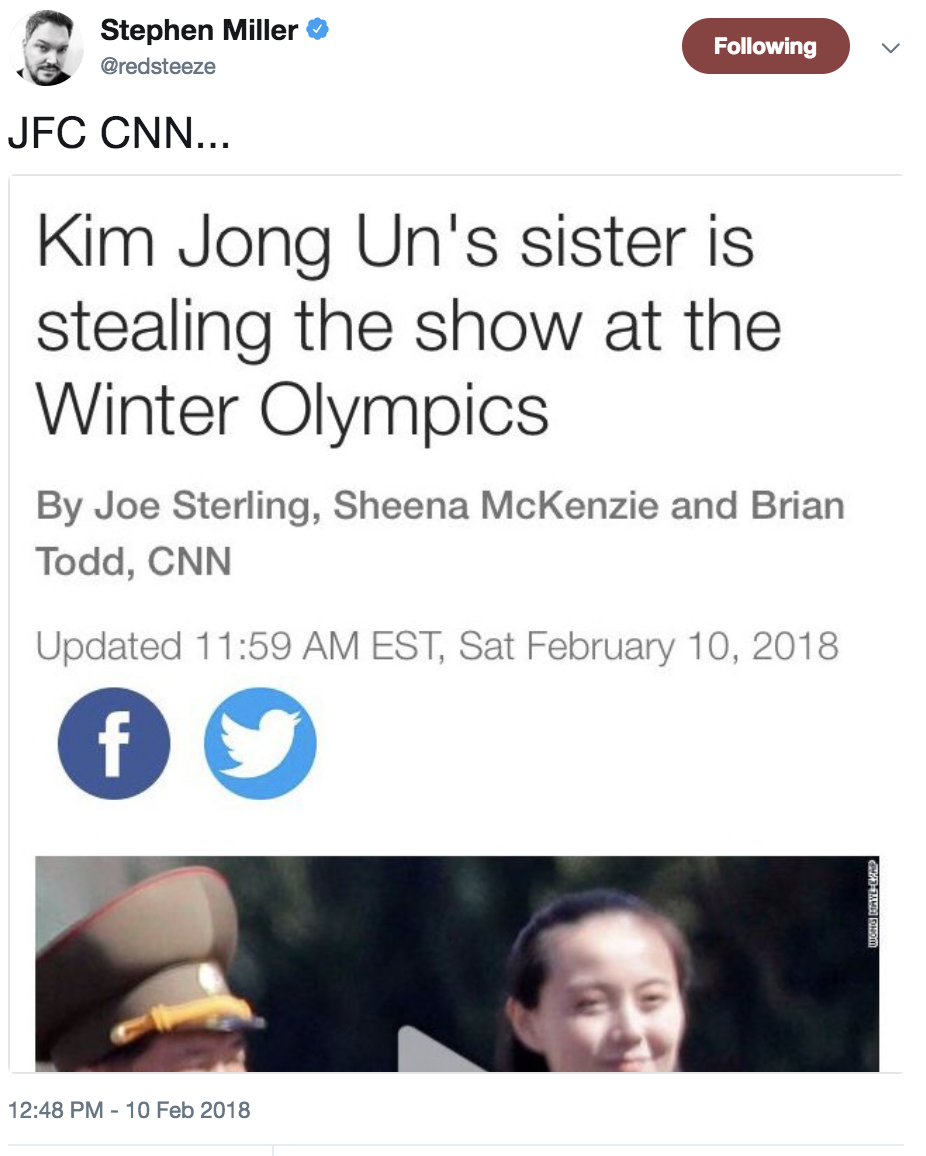 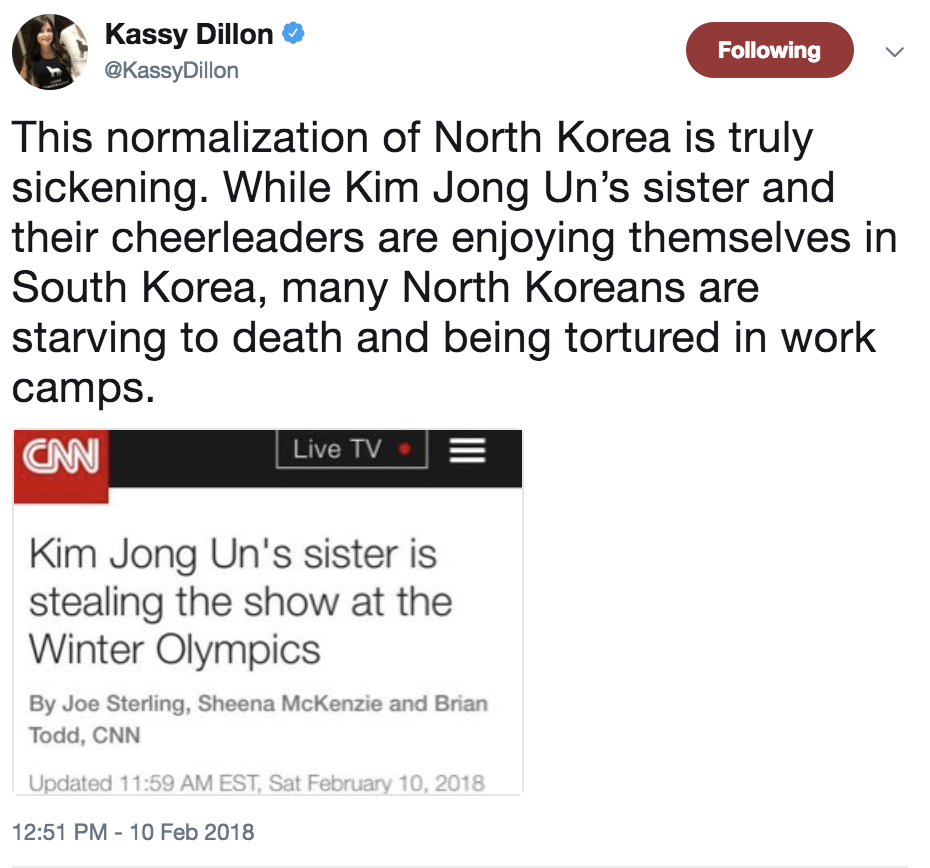