Robert De Niro believes that we’re living in a state of “temporary insanity” in the United States with Donald Trump as our president.

The 74-year-old actor, who’s made a habit of badmouthing Trump both before and after he took office made his most recent remarks against him during the World Government Summit in Dubai, United Arab Emirates on Sunday.

“I am talking about my own country, the United States of America. We don’t like to say we are a ‘backward’ country so let’s just say we are suffering from a case of temporary insanity,” De Niro said to laughs from the crowd. 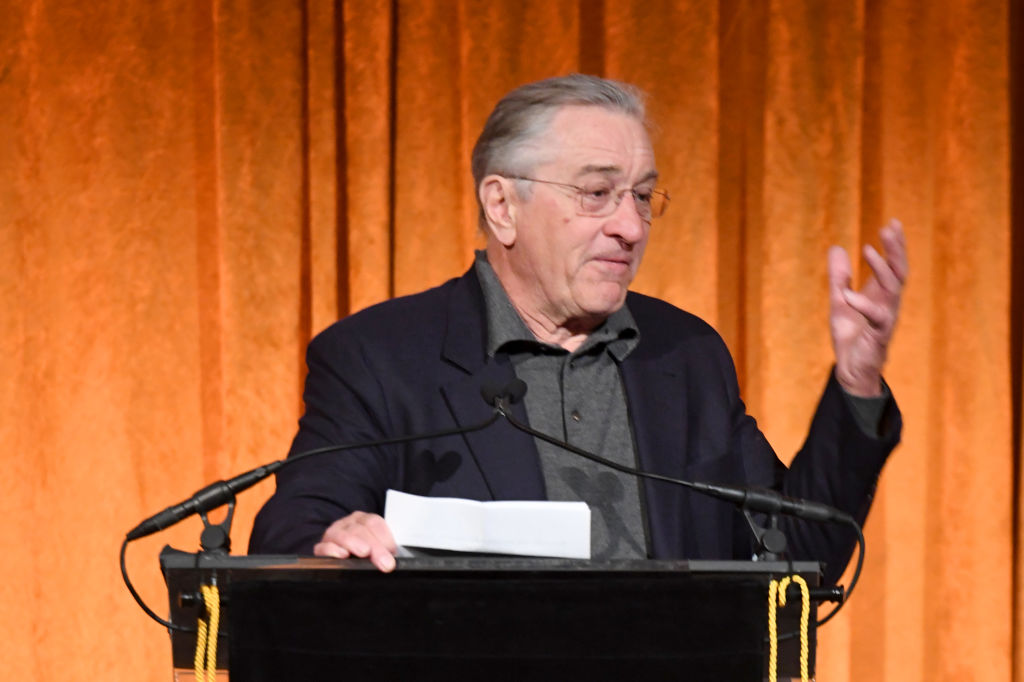 (Photo by Dimitrios Kambouris/Getty Images for National Board of Review)

Trump has questioned the science behind climate change on numerous occasions and it appears that the EPA chief holds a similar skepticism.

“Do we know what the ideal surface temperature should be in the year 2100 or year 2018?” he said in an interview last week. “It’s fairly arrogant for us to think we know exactly what it should be in 2100.”

De Niro, who supported Hillary Clinton during the presidential election and once said he’d like to punch Trump in the face, promised the crowd at the World Government Summit that America “will eventually cure itself by” of that “temporary insanity” by “voting our dangerous leader” out of office.

1
Dr. Anthony Fauci Predicts How Many Will Die From Coronavirus In United States
US
2
Tucker Carlson Insists Biden 'Will Not Be The Democratic Nominee.' Here's Who He Predicts Will Assume The Mantle
Media
3
China Was Lauded As New 'Global Leader' For Distributing Medical Equipment To Fight Coronavirus, But Most Of That Equipment Is Reportedly Defective
World
4
Here's Why Californians Are Getting Reamed At The Gas Pump Despite Rock-Bottom Oil Prices
Energy
5
Kennedy Center Lays Off Musicians After Receiving $25 Million Arts Bailout
US