WASHINGTON — House Republicans are throwing their weight behind an immigration bill widely supported by conservatives that would provide a legislative fix for the Deferred Action for Childhood Arrivals (DACA) program Wednesday.

House Speaker Paul Ryan’s decision to back the bill — which was crafted by House Judiciary Committee Bob Goodlatte, House Committee on Homeland Security Chairman Mike McCaul, GOP Reps. Raul Labrador of Idaho and Martha McSally of Arizona — signals he plans to deliver on his promise to the House Freedom Caucus he would bring the measure to the floor if it garnered enough votes for passage.

The bill has received pushback from Democrats and moderates for being crafted along party lines, with many coming out against it citing its handling of “chain migration,” funding for a wall along the southern border, its language on sanctuary cities and the elimination of the visa lottery program in favor of a merit-based system.

House Majority Whip Steve Scalise said the bill addresses the requirements laid out by the Trump administration while providing certainty for DACA recipients fearing they will lose their protections if the Congress doesn’t pass something in coming weeks. 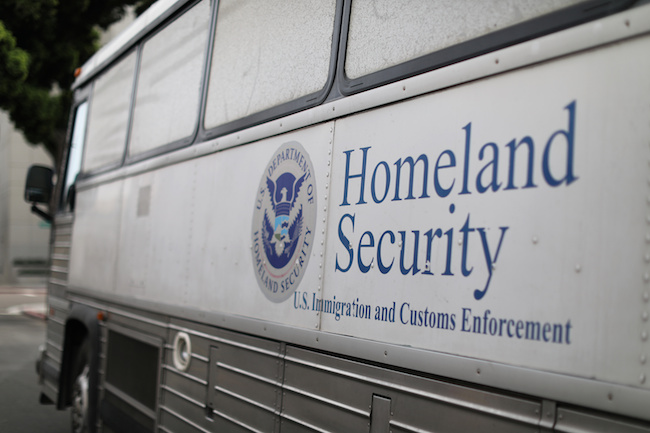 “The Goodlatte-McCaul bill is a bill that we are whipping today — asking our members to support this bill that addresses those pressing issues. It puts money in place to build the wall and makes sure that we have both border security and interior security,” Scalise told reporters Wednesday. “And again, both Chairmen Goodlatte and McCaul worked very hard with a cross-section of our members to put together a bill that confronts those issues.”

President Donald Trump ended the DACA program last year, giving Congress a March 5 deadline to pass a bill to continue to shield those in the program from deportation. Two federal courts have blocked the administration from rescinding the program.

“I remain encouraged by developments in the House toward advancing legislation from Chairmen Goodlatte and McCaul that also enshrines our four pillars,” Trump said in a statement Wednesday.

The Senate is attempting to come to a consensus on an immigration plan by the end of the week, but faces an uphill battle as debate remains contentious and the current proposals don’t appear to have the 60 votes needed to advance in the upper chamber.

Ryan said the court rulings provide them with some cushion to pass a bill, but feels they need to get something done before the end of March.

“Frankly, I have no idea what the Senate is going to do this week. And we’ll also have the president engaged to make sure we have something if it lands on his desk he will sign it,” he told reporters. “We think this deadline is an important deadline — obviously with the court ruling it’s not as important as it was before, but I think this place works better with deadlines and we want to operate on deadlines so clearly we need to deal with this in March — I’ll just leave it at that.”