Sailor Brinkley Cook is one of a handful of Sports Illustrated Swimsuit models facing criticism for posing nude in the annual magazine that was released on Wednesday, but she’s not letting the critics bring her down. 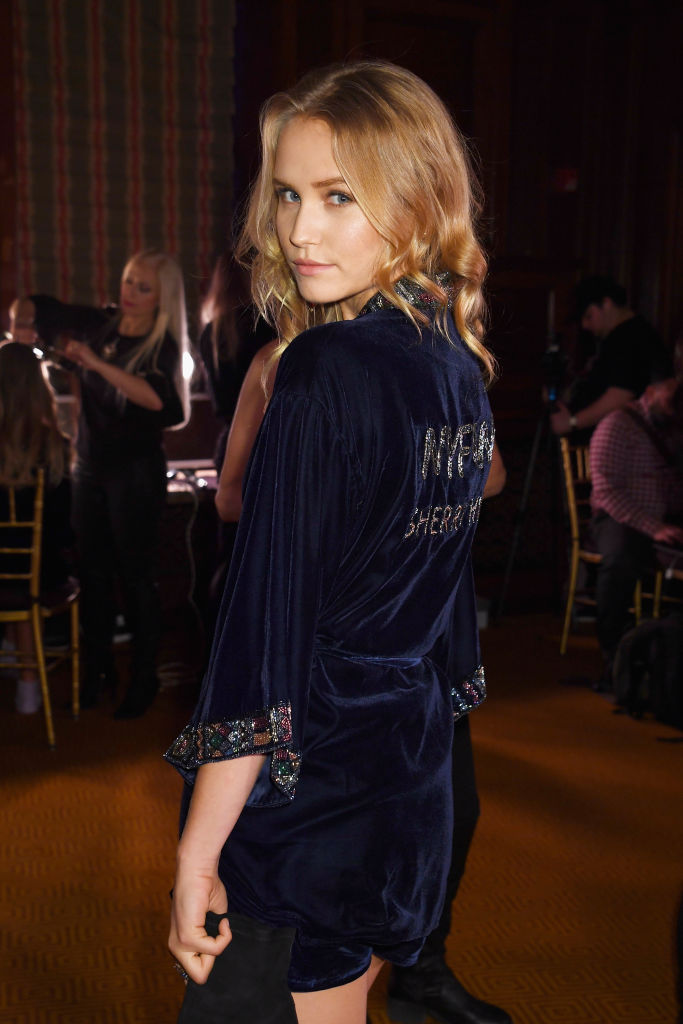 Brinkley Cook stripped down for the 2018 issue for a segment called “In Her Own Words” in which the models were completely naked, aside from some words written on their bare skin. The scandalous spread was intended to promote a message of empowerment, but instead has been criticized as an objectification of women.

The 19-year-old stunner, who’s the daughter of legendary model Christie Brinkley, fired back at the critics with a lengthy Instagram post Tuesday night, calling them out for their blatant ignorance.

“Hearing the backlash towards the In Her Own Words project hurts my heart. To know that we are in a world where if a woman chooses to embrace her body, strip nude and pose powerfully she is being told she is objectifying herself makes me not only uncomfortable but makes me really feel the need to say what im about to say,” she began.

“This project, for me and for the other girls who CHOSE to participate, was about TAKING OUR POWER BACK. In an industry where it is rare for models to have a say in the content they are being used to create, having total self control and creative control during the IHOW shoot was true and unbridled self empowerment,” she added.

Sports Illustrated Swimsuit has developed a reputation for going against the norms of the modeling industry which is made crystal clear by the models who appear in it. Brinkley Cook stepped up to confront the controversy this time around and revealed that the IHOW shoot helped her to conquer her own insecurities.

“This project had the intention of showing women feeling POWERFUL in who they are. I grew up hating my body and myself thus creating a overlying insecurity felt throughout my teen years,” she revealed. “Doing this project helped me turn a leaf in my confidence and insecurity. I feel sexy i feel secure i feel badass i feel like i can pose naked and be respected just as much as anyone else.”

Clearly there’s not a critic in the world who can hold Sailor Brinkley Cook back.