Donald Trump welcomed the Houston Astros to the White House in recognition of their World Series title on Monday where he praised them for their outstanding achievement, but even more so for their response to Hurricane Harvey.

The Astros clinched their first World Series in franchise history against Los Angeles Dodgers last fall in an instant classic that went all the way to seven games. President Trump welcomed the Texas team on Monday afternoon in recognition of their title, during which he praised them for their work on and off the field. 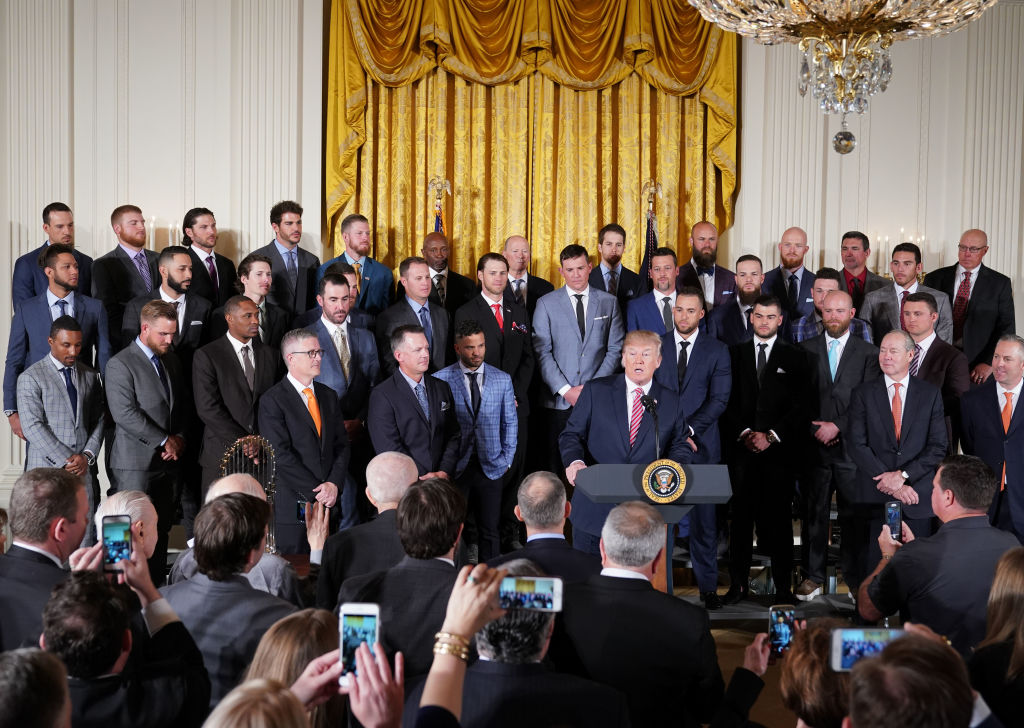 “Thank you for being true champions on and off the field. You really have,” Trump continued. “It really exemplifies what being a champion is all about. You work hard, you strive to be the best and you won really big.” 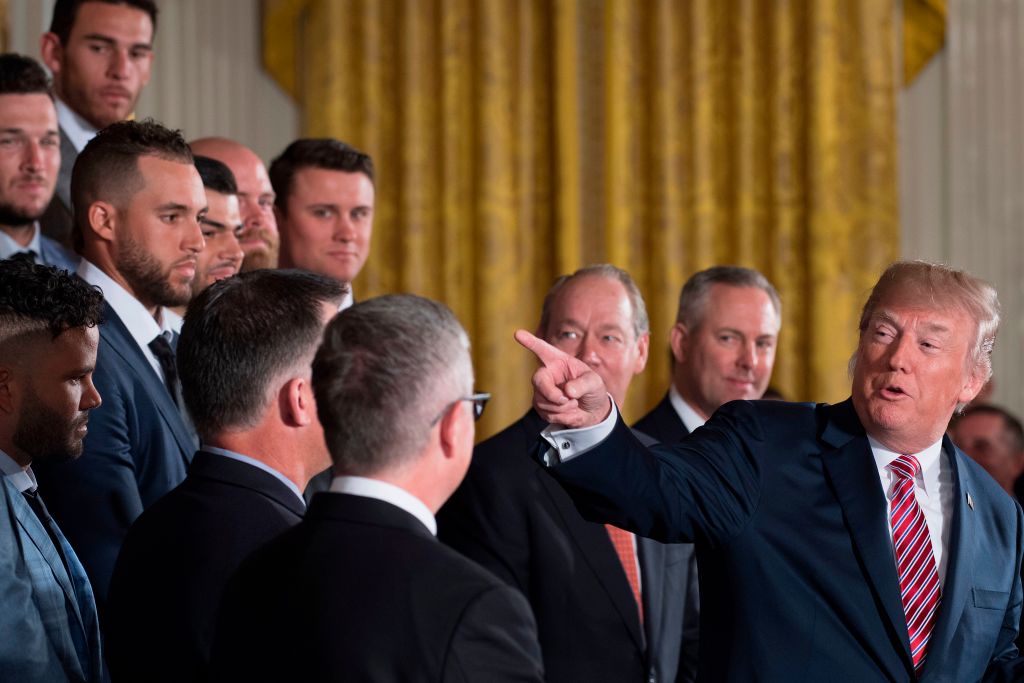 Houston Astros owner Jim Crane then followed the president’s lead in thanking his team for coming together to help out with both hurricane relief and bringing a championship home to the people of Texas.

“Thank you Mr. President. It’s a great honor for the Houston organization to be here. We’re very honored. The entire team and all of our fans,” Crane said. “We want to thank you very much for acknowledging the efforts in the state. A lot of great people in Texas, these guys in the front row, great job getting us out of a mess,” he said referring to Energy Secretary Congressmen Ted Cruz and John Cornyn who were both in attendance.

“It was a very special season with all that was going on. The team pulled together very well. They came back from the storm, they put ‘Houston Strong’ on their shirts and came back and started helping right away.”

The Astros are expected to be among the best teams in Major League Baseball once again this season and plan to return to the White House next year with another trophy to celebrate.