New Mexico has blown past California and Alaska in terms of crude production to become the third-largest oil-producing state, according to federal data.

The U.S. Energy Information Administration reported that “New Mexico surpassed California and Alaska to become the third-largest crude oil-producing state in the second half of 2017,” but annual data still shows New Mexico slightly behind.

New Mexico’s oil production has doubled since 2012 thanks to hydraulic fracturing in the Permian basin nestled in the state’s southeastern corner. The Permian is the most productive U.S. oil shale play.

“2017 was a record-breaking year because of the prolific growth and potential producers are seeing in the Permian Basin,” New Mexico Oil and Gas Association Executive Director Ryan Flynn said, the Albuquerque Journal reported.

“Last year, oil and natural gas producers invested more than $13 billion in New Mexico, and these investments are clearly beginning to have an overwhelmingly positive impact,” Flynn said.

While New Mexico saw its oil boom reach new heights, California saw production decline for the third year in a row. Golden State production fell another 34,000 barrels per day in 2017 to 173 million barrels.

New Mexico produced about 3,000 barrels per day more than California by December 2017. Alaska production increased slightly in 2017, but was still produced around 2,000 barrels a day less than New Mexico by the end of the year. 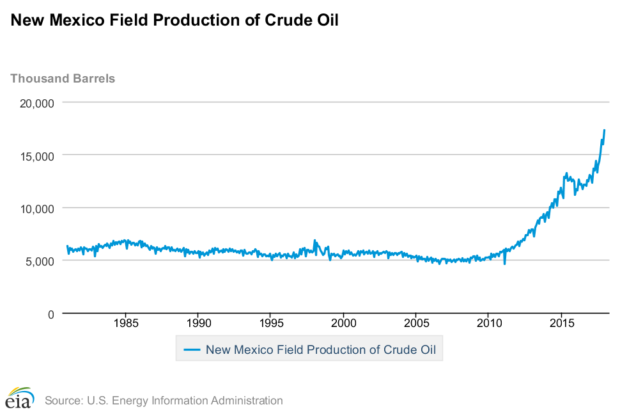 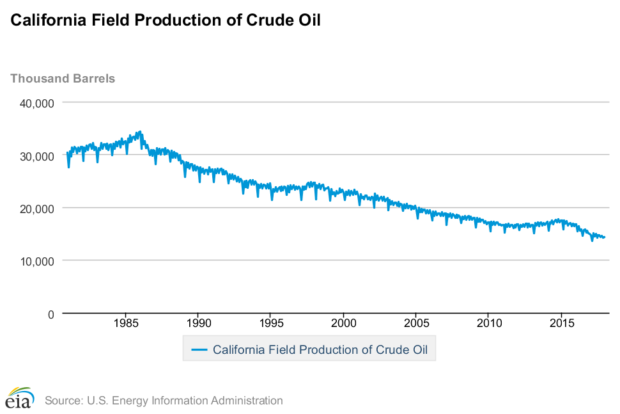 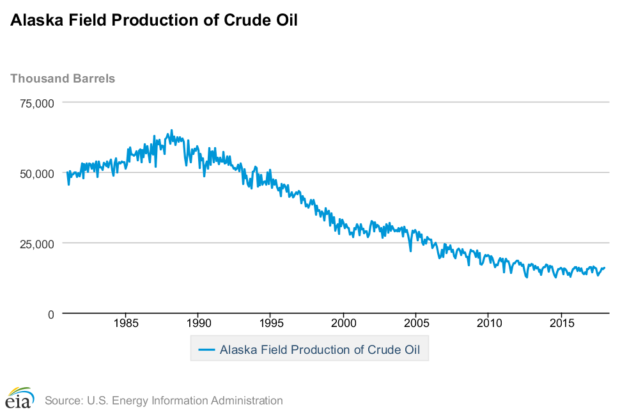