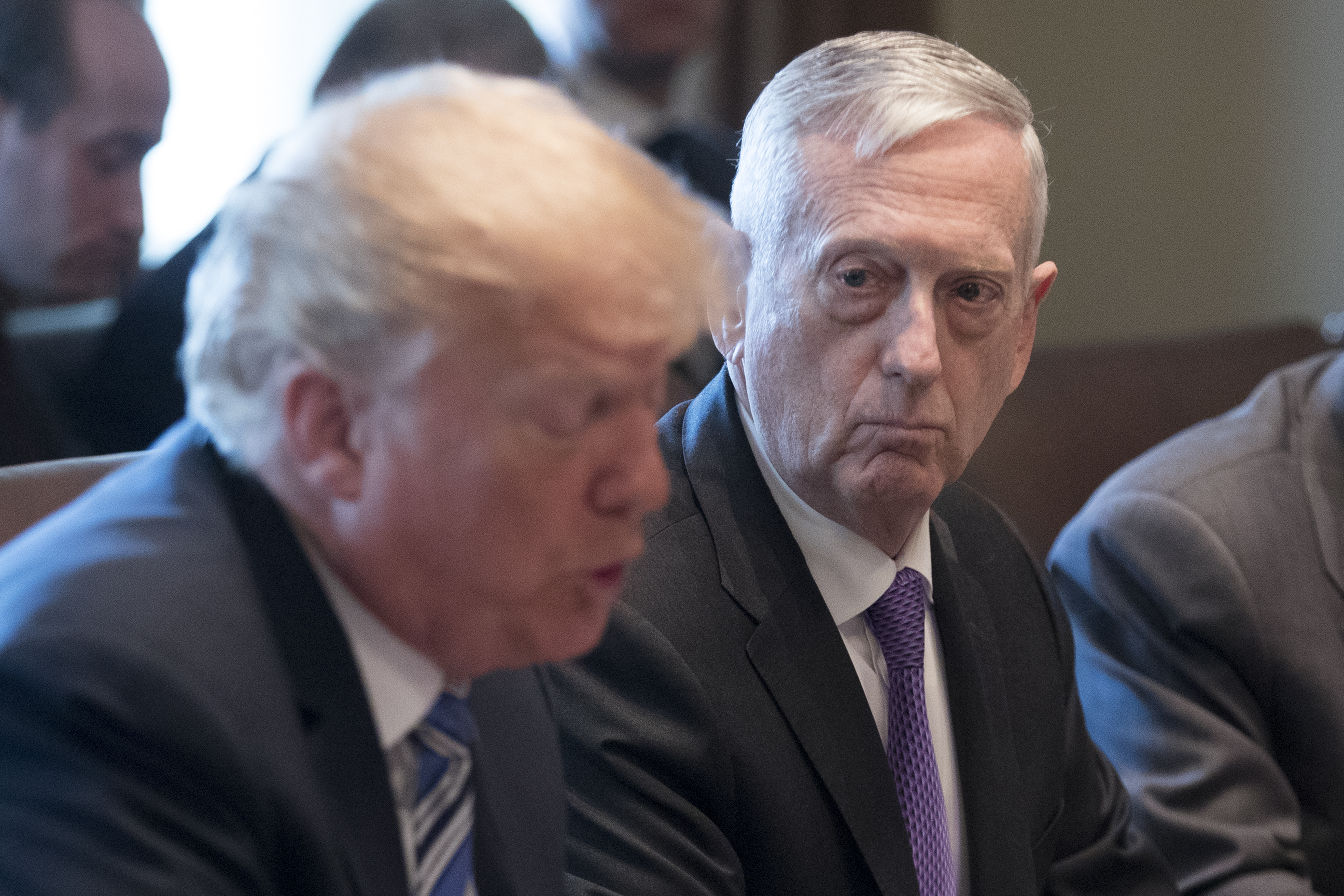 Secretary of Defense Jim Mattis listens to President Donald J. Trump deliver remarks during a meeting with members of his Cabinet, in the Cabinet Room of the White House March 8, 2018 in Washington, D.C., (Photo by Michael Reynolds-Pool/Getty Images)

According to Fox News, Mattis frantically called the White House Friday morning after POTUS tweeted he was “considering” thumbs-downing the bill to keep the government open.

Fox has learned DefSec Mattis is calling Trump about the possibility of losing all defense increases if he blows up Omnibus. Sr Hill Source says Trump “is going to flatline defense if he’s not careful.”

Trump flipped a possible veto onto congressional Democrats Friday morning, though he ultimately decided to sign the bill Friday afternoon.

I am considering a VETO of the Omnibus Spending Bill based on the fact that the 800,000 plus DACA recipients have been totally abandoned by the Democrats (not even mentioned in Bill) and the BORDER WALL, which is desperately needed for our National Defense, is not fully funded.

DACA was abandoned by the Democrats. Very unfair to them! Would have been tied to desperately needed Wall.

“I don’t agree with President Trump on a whole lot, but today I want to give him a big pat on the back,” he stated. “He is doing the right thing when it comes to China.”

Schumer additionally criticized Presidents Bush and Obama by name for failing to act against the Chinese economic threat.