Boycotting a trip to the White House was not an option for the members of the Alabama football team on Tuesday. Nick Saban made sure of that.

Almost every championship team that has visited the White House during Donald Trump’s presidency has had at least one player skip out for political reasons. That was not the case Tuesday when Trump welcomed the legendary head coach and the Crimson Tide on the South Lawn of the White House. 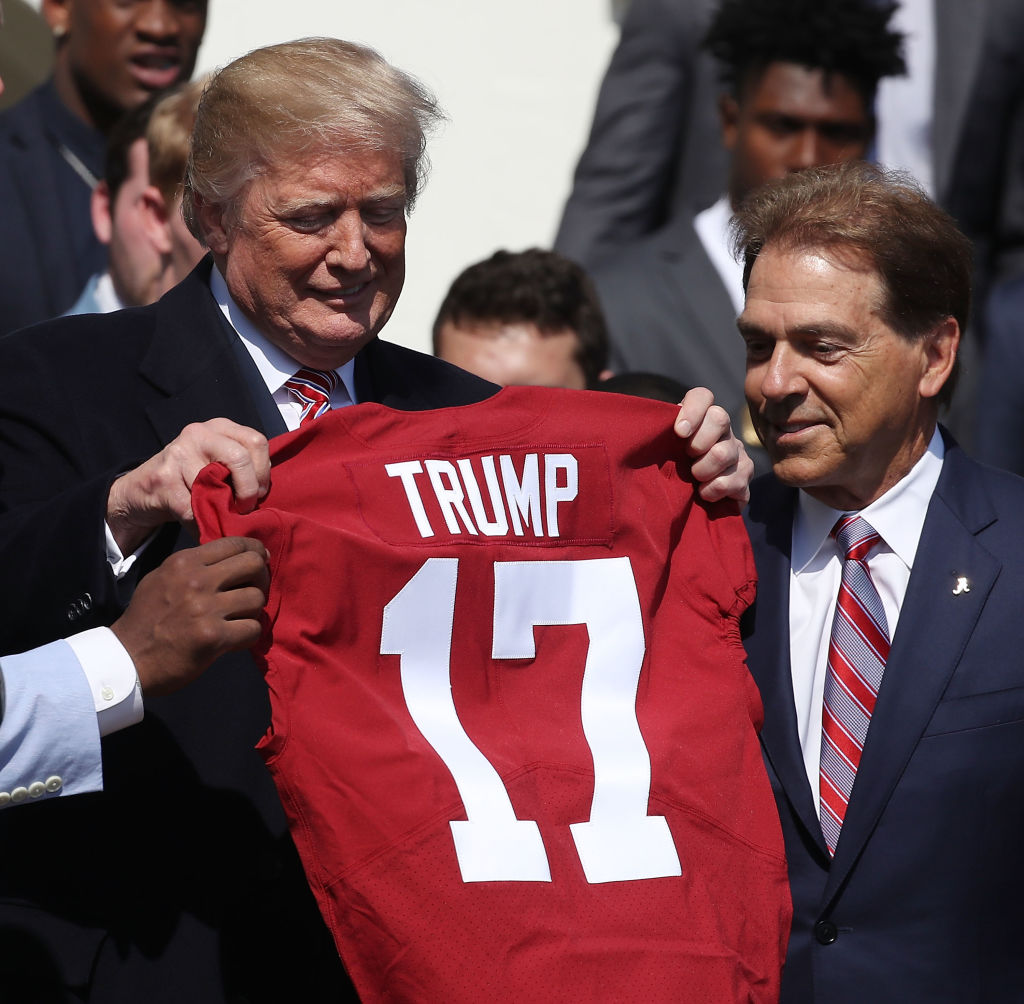 All but one player on the national championship team was present because Saban has too much respect for the office and the opportunity to allow his players to miss out because of politics, Alabama.com reports.

“Coach Saban addressed it and just said, ‘Hey, we’re doing this regardless of your political thoughts. We’re going, just to celebrate this team. It’s an honor. And just to be able to say that you’ve gone to the White House is something that you can cherish forever.’ So that was basically the extent of that,” offensive lineman Ross Pierschbacher recalled.

Saban backed up that stance by showing how grateful he was for the opportunity when speaking at the ceremony on Tuesday afternoon. (RELATED: Donald Trump Welcomes The Alabama Crimson Tide To The White House)

“You know, not many people get invited to the White House, so not many people get invited to see the President and meet the President. So this is a special day for our team. A team that is being honored here because of their achievements in terms of winning the college football national championship, which makes me very proud,” Saban said during his remarks. “And a special thanks to President — our President to invite us here and make this a special day for us. President Trump, thank you so much.” 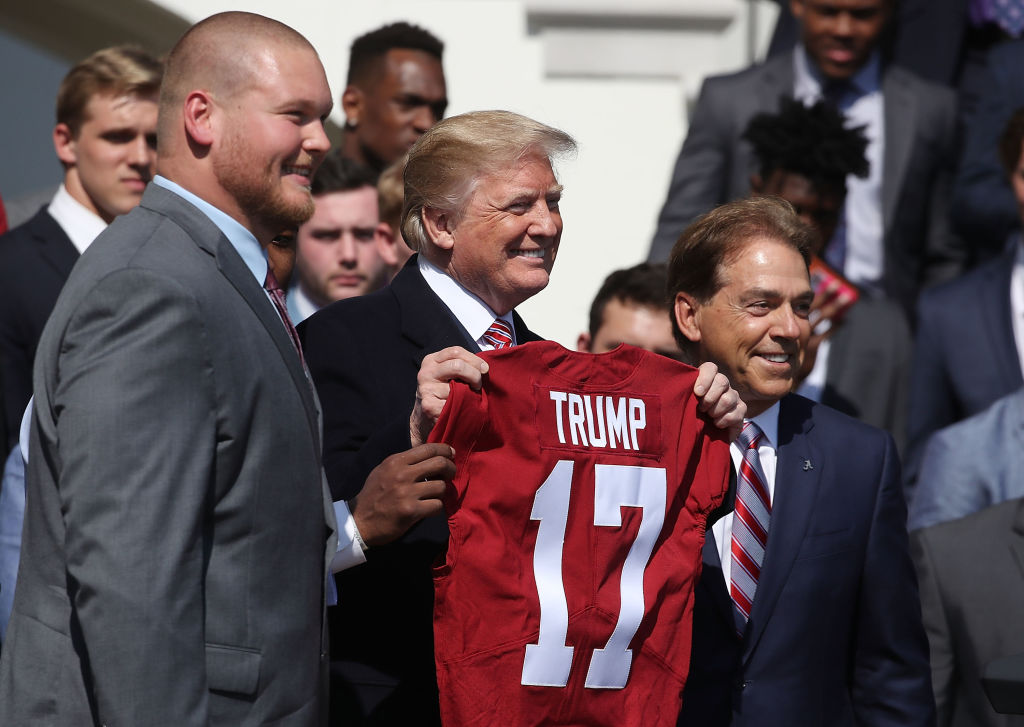 Terrell Lewis, who grew up just 25 miles from the White House, was the only player who didn’t attend due to a death in the family, according to Alabama.com.

“A lot of guys weren’t really tripping off the situation of going to the White House,” Lewis said. “I know for me, for personal preference, I wanted to go just for the fact I’ve been in that city for a long time and never been to the White House. It was a definitely an honor. We more had to think of it as ‘OK, we’re not going for whatever the political problems and the president, it’s mainly for the honor of being at the White House.”