Nick Saban and the Alabama football team proved how special it is having the opportunity to visit the White House on Tuesday in more ways than one.

Donald Trump welcomed the Crimson Tide to the White House yesterday to recognize the team for their national championship victory. Of course, it was a special moment for the team, but what happened after the ceremony was truly amazing.

After Trump finished praising Alabama for their incredible comeback victory over Georgia in the national championship, punter J.K. Scott pulled the president aside and asked if he could pray for Trump and his staff. A handful of Scott’s teammates then circled around Trump and bowed their heads in prayer together.

What a cool moment! .@AlabamaFTBL JK Scott asked @POTUS if he could pray for him and his staff. Video below shows President Trump and Bama players praying after the Tide’s @WhiteHouse visit! @WBRCnews @BarrettSallee pic.twitter.com/tE4hj4k38l

The ceremonial visits to the White House have become a topic of controversy since Trump took over in the Oval Office. Almost every team that has won a championship over the past year and a half has had at least one player refuse to come, citing Trump as the reason. (RELATED: Here’s How Nick Saban Kept His Players From Boycotting Their White House Visit)

Alabama head coach Nick Saban made sure that didn’t happen with his team. In fact, every player on the championship team but one attended the White House on Tuesday. Unfortunately Terrell Lewis, who grew up just 25 miles from the White House, could not attend due to a death in the family.

No matter how athletes feel about who lives in the White House, they should all hope and pray that he succeeds. Clearly the Crimson Tide understands that better than most. 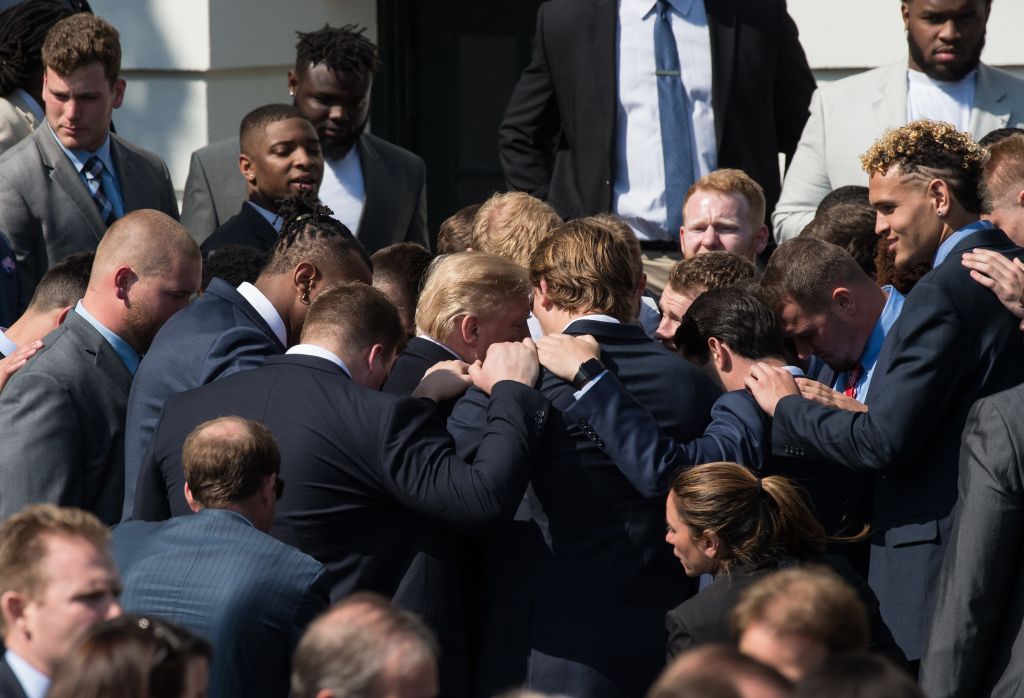