A California university doubled down on a residential area bulletin board teaching students the concept of “whiteness,” according to Friday correspondence.

The board briefly disappeared from Santa Clara University, however, resident director Omar Harb Michel of the school’s Unity Resident Learning Community asserted that “whiteness” and “white privilege” were “academic terms rooted in scholarly research,” according to documents obtained by The Daily Caller News Foundation. The board reappeared later in April.

“The Unity staff brainstormed and discussed ways in which to educate the community around topics of ‘Whiteness’ and ‘white privilege;’ both academic terms rooted in scholarly research but could be misinterpreted as targeting to those who identify as white,” Michel said in an email to the Unity community and obtained by TheDCNF. 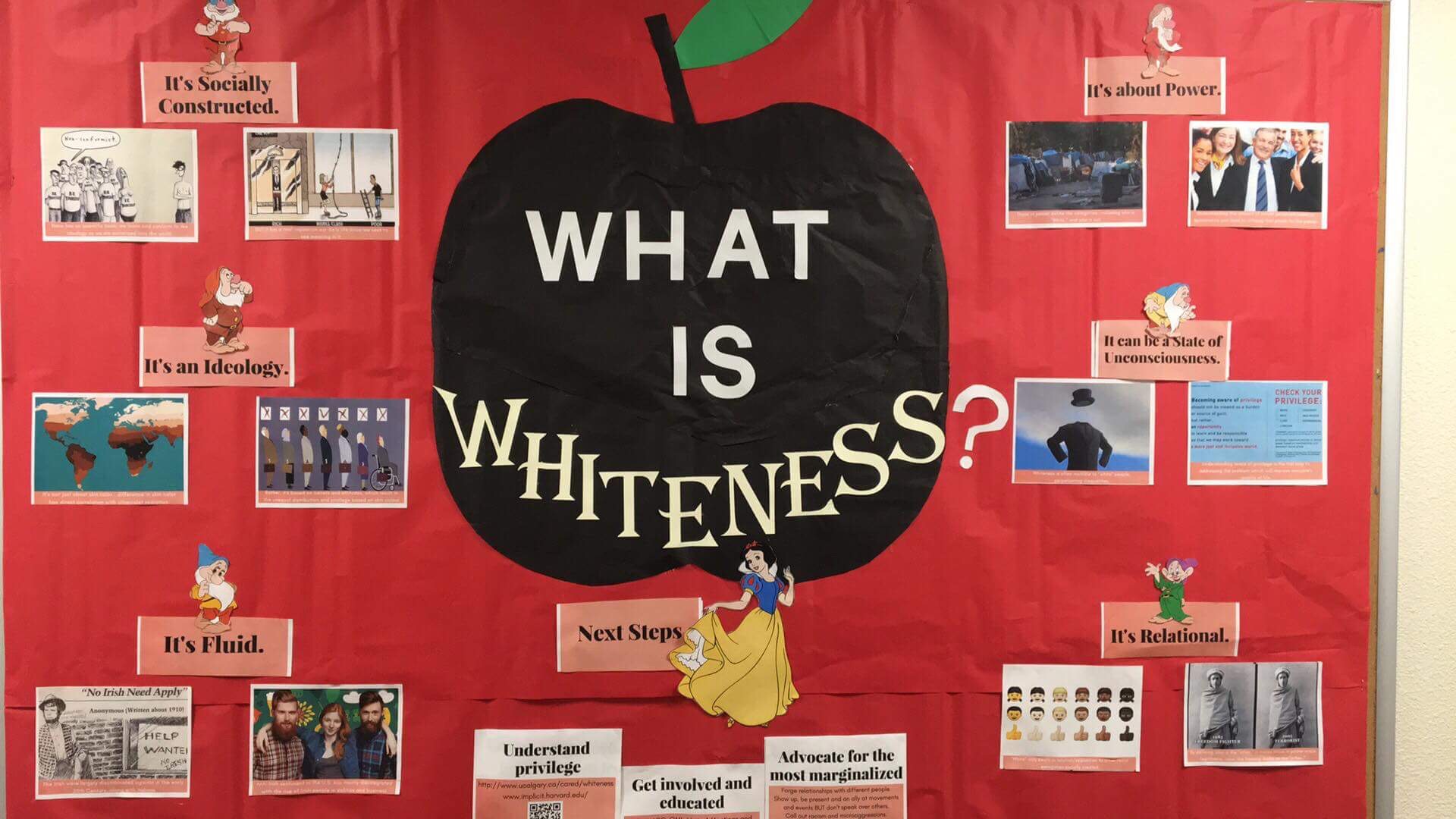 Michel stated that the “S-Know Your Whiteness” board first appeared in Unity on April 3 but that Facebook posts criticizing it prompted the board to be taken down temporarily. The new board does not vary from the first board apart from being titled “What Is Whiteness?” instead of “S-Know Your Whiteness.”

Snow White or a dwarf represents each section of the board. The “Bashful” part describes “whiteness” as “often invisible to ‘white’ people” and features a privilege check list with male, white, Christian, class, cisgender, able-bodied, and heterosexual. Dopey’s section, meanwhile, displays two photos of the same Arab, with one labeled “1985, freedom fighter” and the other labeled “2005, terrorist.” (RELATED: ‘S-Know Your Whiteness’ Bulletin Board Hits Cali School)

“By defining who is the ‘other,’ [whiteness] makes those in power more legitimate, seen here by reframing Arabs as the ‘other,'” states the caption.

“This board is meant to illuminate a systematically buried topic and serves as a reflective piece,” the resident director told students. “If it raises any discomfort, reflect further on where that might be coming from.”

Michel concluded his letter by advertising a hall-wide discussion program pertaining to “whiteness” and “white privilege.”

The Daily Caller News Foundation reached out to Santa Clara University for comment but received none in time for press.