President Trump welcomed the Army football team to the White House Rose Garden for a presentation of the Commander-in-Chief’s Trophy. Army won the trophy after beating Navy 14 – 13 last December. Trump gave a short speech on the value of the Army and the tradition of football before being presented with an Army jersey. 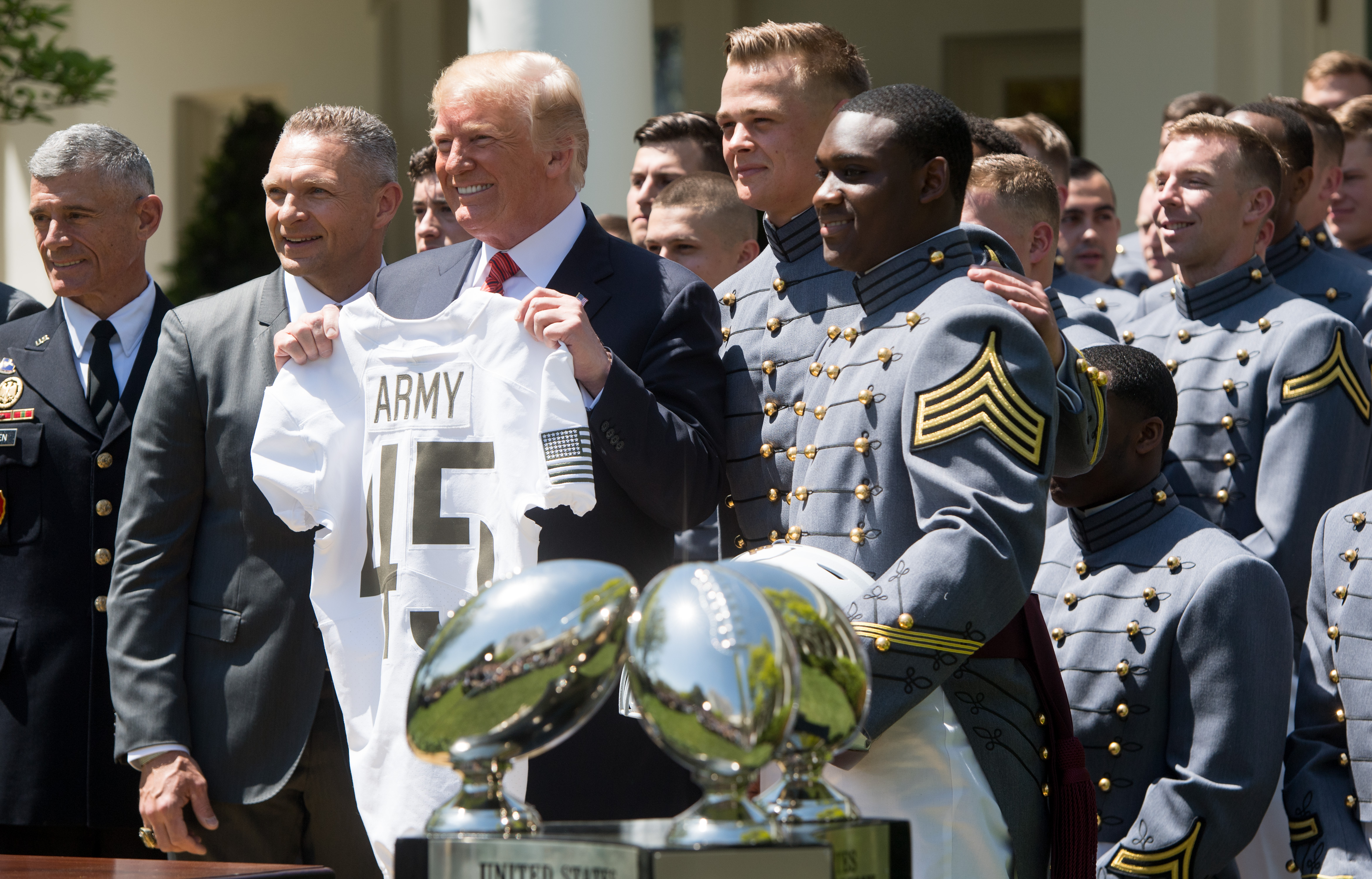 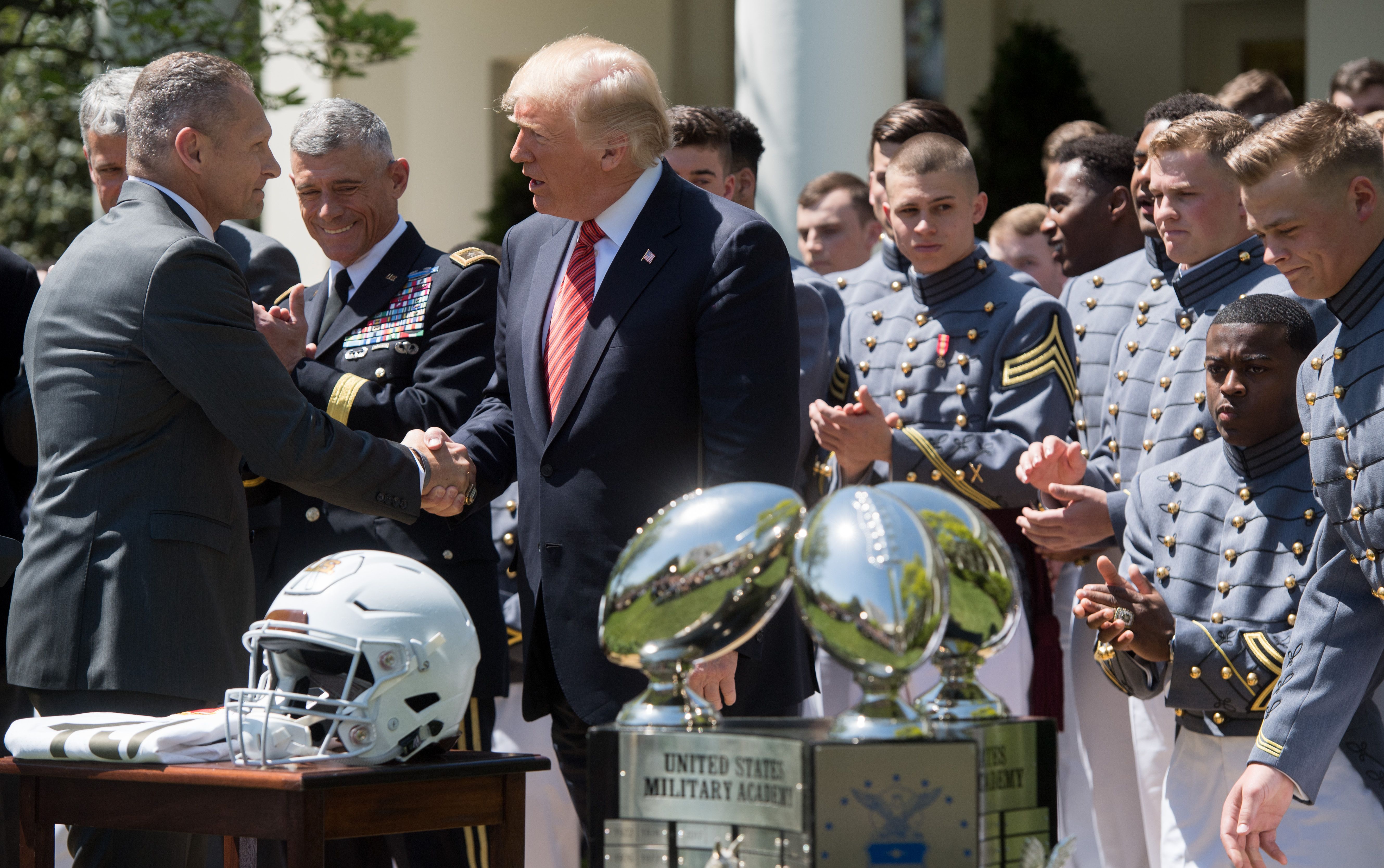 During the speech, Trump thanked the men for being part of the “five proud branches of the United States Armed Forces” going on to name the Army, Navy, Marines, Air Force, and the Coast Guard.

Many of the cadets behind Trump could be seen grinning, laughing and nodding as Trump repped the idea of a new armed services branch.

Trump has floated the idea of a Space Force earlier in the year at a speech on a Marine base in California.

“My new national strategy for space recognizes that space is a war-fighting domain, just like the land, air and sea,” Trump said in San Diego, “We may even have a Space Force.”

The audience of Marines cheered as well.