It’s not been a good 24 hours for liberals, both in the media and out.

On the Friday video edition of The Daily Daily Caller Podcast, we take a look at the NBC News story that stopped all the presses Thursday: President Donald Trump’s personal attorney Michael Cohen had his phones tapped by federal investigators. It was a huge story that was … not true.

It went from the “BREAKING NEWS” pile to a big, steaming pile. NBC News is in desperate need of new sheets after what they did to the bed. Is there no fact-checking or editorial process in media anymore? 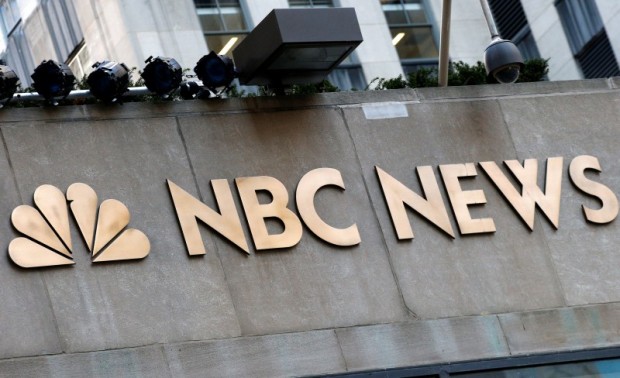 A sign is seen outside the set of the NBC News Today Show at Rockefeller Center in New York City, November 29, 2017. REUTERS/Brendan McDermid

Of course, the attorney for Stormy Daniels was on MSNBC just moments after the fake story broke and claimed he’d known about it, and that he knew more about it — saying Cohen’s phone calls were listened to, and that his text messages and emails were being monitored. Once the correction was announced, the whole thing was dropped because the narrative could no longer be fed.

Speaking of fed, egos were fed Thursday on CNN as journalist April Ryan issued fighting words after an exchange with White House press secretary Sarah Huckabee Sanders. Apparently saying “You don’t know me” has replaced removing your glove and slapping someone across the face as you challenge them to a duel, at least according to Ryan. The entire exchange was hilariously stupid, so Ryan will likely win many journalism awards for it.

The award for sexiest candidate with the most energy in his campaign commercial goes to West Virginia GOP candidate Don Blankenship. In his ad, Blankenship repeatedly refers to “Chinapeople” and “Cocaine Mitch” with all the energy and passion you’d expect … from someone high on heroin who just took two sleeping pills. It’s impossible to parody because it is a parody.

The Academy of Motion Picture Arts and Sciences, the people who give out the Oscars every year, announced Thursday that they have expelled Bill Cosby and Roman Polanski over their treatment of women. Cosby was recently convicted of three counts of sexual assault and is facing spending the rest of his life in prison, and Polanski drugged and raped an underage girl, then fled the country to avoid being sent to prison.

While Cosby was convicted last week, Polanski’s crime occurred in 1977 — 41 years ago. So why is the Academy expelling him now, especially considering it had awarded him with the Best Director Oscar in 2002, where he received a standing ovation? Because the liberals that make up the Academy didn’t want to be seen expelling a black guy like Cosby while still having Polanski as a member. They don’t really care about either, but considering the perversions that have been exposed in Hollywood since the Harvey Weinstein story broke, they likely thought it would be much better to do both, from a PR perspective.

UC Berkeley, the self-professed “birthplace of the free speech movement,” launched an internal investigation as to why their students riot every time a conservative comes to campus to speak and whether or not this is a contradiction with the stated support of free speech. Shockingly, the panel, which consisted of faculty and students, cleared the university and placed the blame for the violence on the ideas espoused by the conservatives who’d been invited to speak on campus by student groups. They absolved the radical left and their violence by saying it was basically a reaction to words that might have been spoken, had the liberal mob not started destroying things.

And finally, CNN has a new ad declaring itself the keeper of truth. The ad features a pile of bananas and is, like all the others, beyond parody. But we managed to parody it anyway by adding some truth to their advertising.