Owners in the NFL are “f**king terrified” of President Trump, according to a new report.

“‘Our league,’ one team official said, ‘is f–king terrified of Trump. We’re scared of him.'”

Trump has been a critic of members of the league who kneel during the national anthem. Former 49ers quarterback Colin Kaepernick became infamous for the protests, but hasn’t played since the 2016 season. 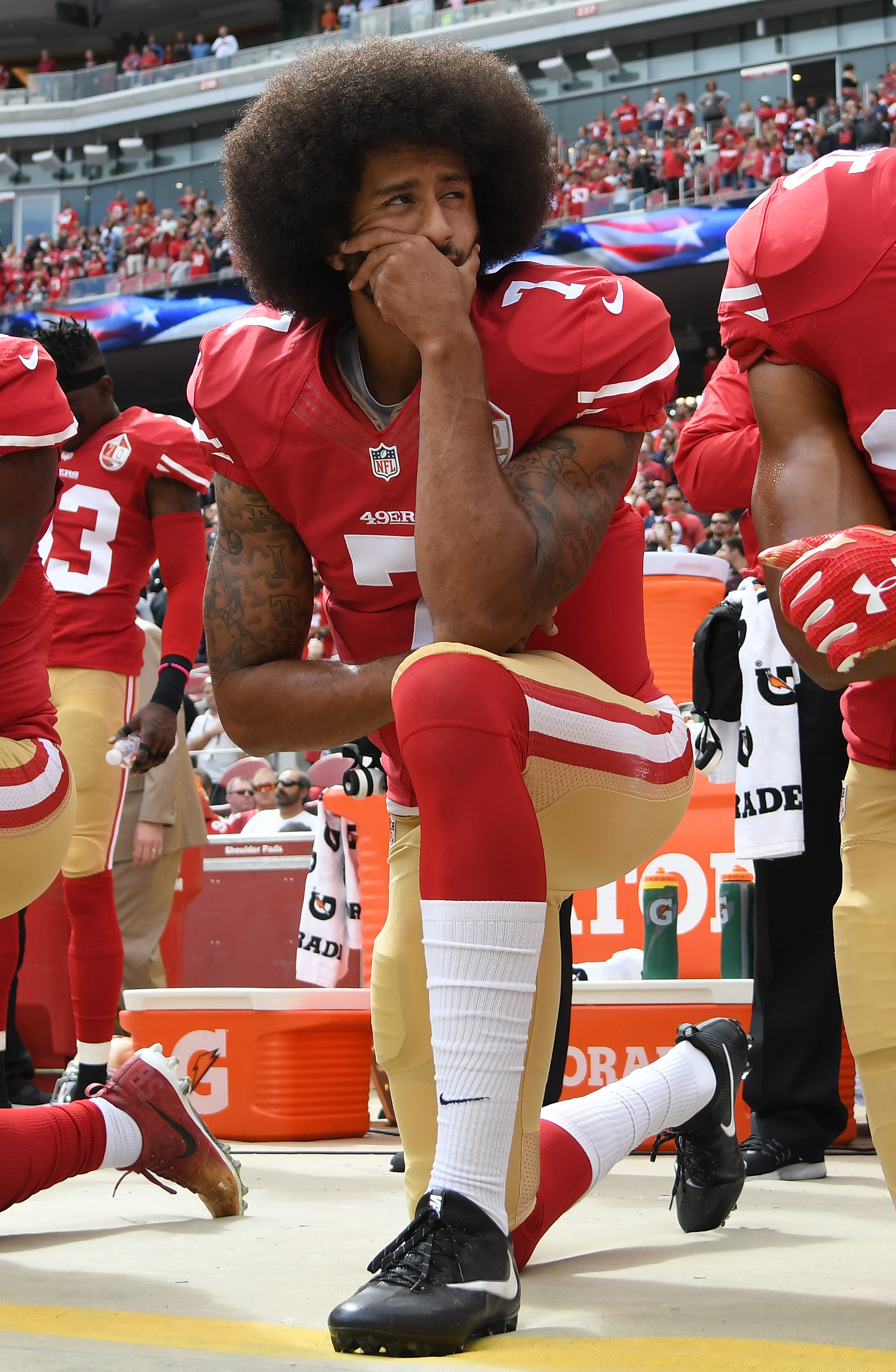 SANTA CLARA, CA – OCTOBER 02: Colin Kaepernick #7 of the San Francisco 49ers kneels on the sideline during the anthem prior to the game against the Dallas Cowboys at Levi’s Stadium on October 2, 2016 in Santa Clara, California. (Photo by Thearon W. Henderson/Getty Images)

In a Fox News interview this week, Trump said, “You have to stand proudly for the National Anthem.”

“You have to stand proudly for the National Anthem and the NFL owners did the right thing with that if that’s what they’ve done.” (RELATED: President Trump Slaps NFL Kneelers — ‘Maybe They Shouldn’t Be In The Country’) 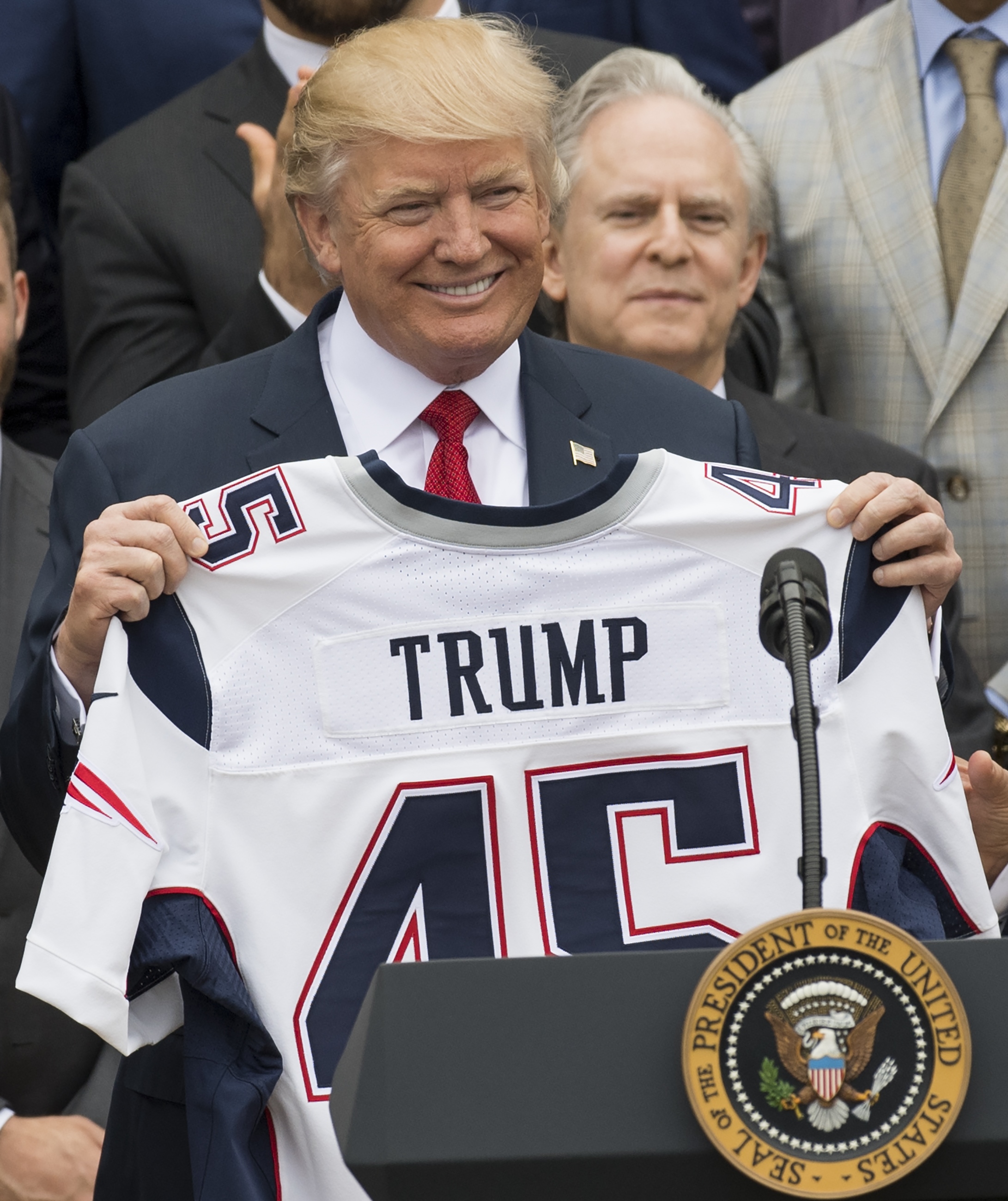 US President Donald Trump holds a jersey given to him by the New England Patriots alongside members of the team during a ceremony honoring them as 2017 Super Bowl Champions on the South Lawn of the White House in Washington, DC, April 19, 2017. / AFP PHOTO / SAUL LOEB (Photo credit should read SAUL LOEB/AFP/Getty Images)