Bill Cosby accuser Andrea Constand said she felt like a “limp noodle” after she was drugged by the famous comedian at his home in Philadelphia in 2004.

Speaking to NBC News in her first interview since the 80-year-old comedian was convicted last month of drugging and sexually assaulting the former Temple University employee, Constand described what happened after Cosby gave her “three blue pills” to help her “relax,” which she said made her unable to stop the attack. 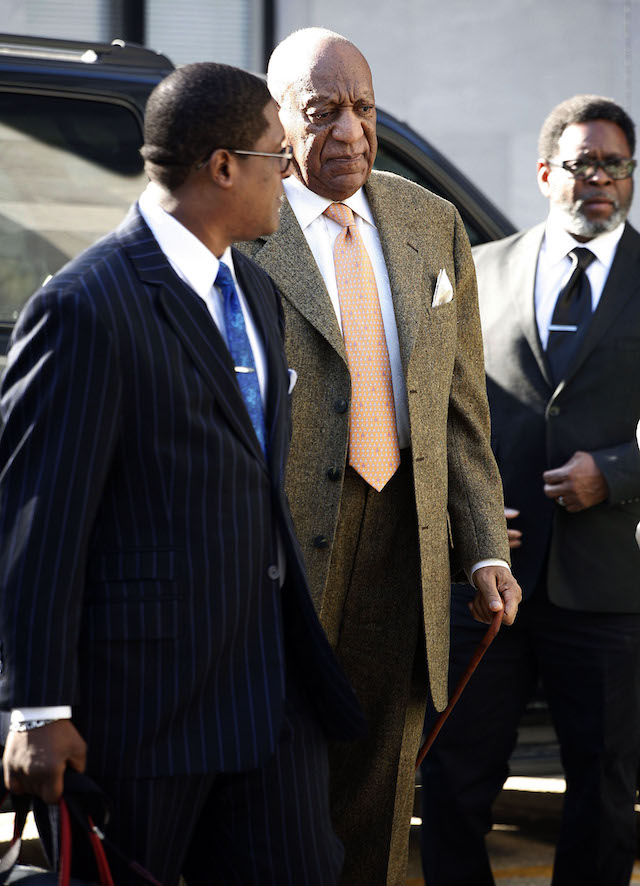 Bill Cosby arrives at court with spokesperson Andrew Wyatton on the first day of jury deliberations as he is retried on charges of Sexual Assault on April 23 2018 at the Montgomery County Courthouse
Pictured: Bill Cosby Picture by: Splash News

“My mind is saying, ‘Move your hands. Kick. Can you do anything? I don’t want this. Why is this person doing this?’ And me not being able to do — react in any specific way,” Constand explained. “So I was limp. I was a limp noodle.”

“I was crying out inside, in my throat, in my mind, for this to stop,” she added. “And I couldn’t do anything.”

The details were similar to what she shared during both Cosby’s first and second sexual assault trial after the first one resulted in a hung jury following six days of deliberations last year.

Last month, the jury found the star of “The Cosby Show” guilty of three counts of aggravated indecent assault. Each one of the charges carries up to 10 years behind bars. Sentencing has been set for September.