Here’s A List Of Some Of The Most Unusual Animals, Reptiles Available At A Typical Wuhan Wet Market
Mike Brest Reporter
June 06, 2018 3:22 PM ET
Font Size:

Palestinian activists cheered the cancellation of the Argentina’s soccer friendly against Israel because it was going to be played in disputed territory.

The game was supposed to be played in the neighborhood of Malha on Saturday, which is outside Jerusalem. The area was a Palestinian village that was destroyed during the 1948 Arab-Israeli War.

Palestinian official Jibril Rajoub called for Muslims to burn Messi’s jerseys and photos if the game was played. 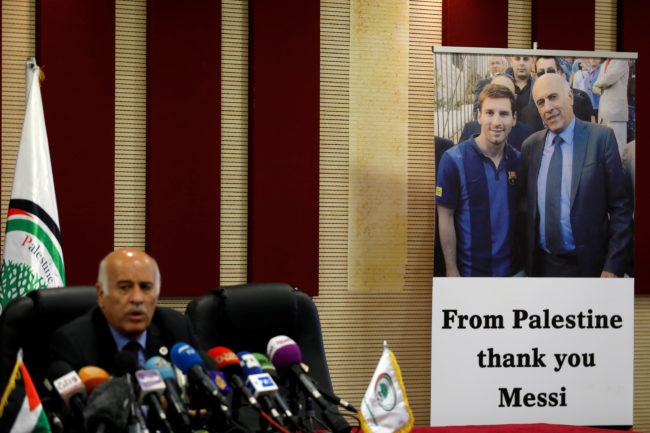 Prior to the cancelation of the game, the Palestinian Football Association issued a statement condemning Argentina for coming to play a match in the disputed territory.

The Palestinian Football Association said, “It is with regret that we hereby declare that, should the Argentinian National team continue its plans to play in Jerusalem, we will launch a worldwide campaign to question Argentinas eligibility to host the FIFA World Cup 2030.”

Argentina is bidding with Paraguay and Uruguay to host the 2030 World Cup.

“The Palestinian Football Family calls upon the Argentinian Football association, and the Argentinian national team, to refrain from being used, by politicians in the Israeli Government, as a tool to normalize the illegal annexation of Occupied East Jerusalem, and to whitewash the Israeli systematic violations of international law and human rights,” the statement continued.