Kim’s arrival in Singapore was preceded by the arrival of a IL-76 cargo plane carrying essential supplies, including a “portable toilet that will deny determined sewer divers insights into to the supreme leader’s stools,” South Korea’s Chosun Ilbo reported Monday. The North Korean despot also brought his black bullet-proof Mercedes-Benz limousine with him.

The North Korean leader, who landed in Singapore Sunday, is surrounded by security personnel to ensure his safety, but the young dictator’s excretions are apparently also matters of national security. 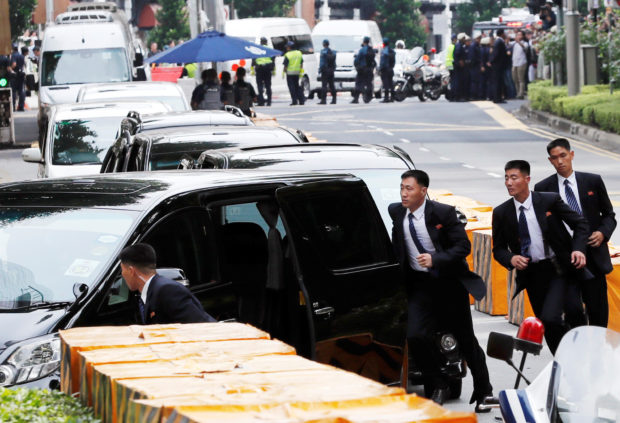 North Korean security personnel run next to a motorcade believed to be carrying North Korea’s leader Kim Jong Un in Singapore June 10, 2018, ahead of the summit between the North Korean leader and U.S. President Donald Trump. REUTERS/Tyrone Siu

“Rather than using a public restroom, the leader of North Korea has a personal toilet that follows him around when he travels,” Lee Yun-keol, who reportedly served in the North Korean Guard Command unit before defecting, told The Washington Post prior to the inter-Korean summit on April 27. (RELATED: Kim Jong Un May Roll Up To Inter-Korean Summit With His Own Toilet)

“The leader’s excretions contain information about his health status so they can’t be left behind,” he added. 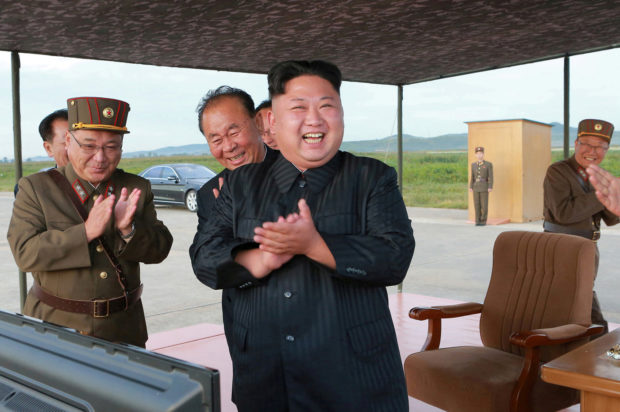 North Korean leader Kim Jong Un guides the launch of a Hwasong-12 missile in this undated photo released by North Korea’s Korean Central News Agency (KCNA) on September 16, 2017. The structure in the back in believed to be Kim’s personal traveling bathroom. KCNA via REUTERS

Kim is said to bring his personal toilet with him on field guidance trips, according to the Daily NK, which has numerous sources inside North Korea.

“He has to travel around the entire country for field guidance, so there always needs to be a personal restroom exclusively for Supreme Leader Kim Jong Un. It is unthinkable him to have to use a public restroom,” a source close to Kim’s Escort Command revealed to reporters in 2015.

Kim will meet Trump Tuesday morning for negotiations that will focus on denuclearization, as well as improving bilateral ties between the U.S. and North Korea.